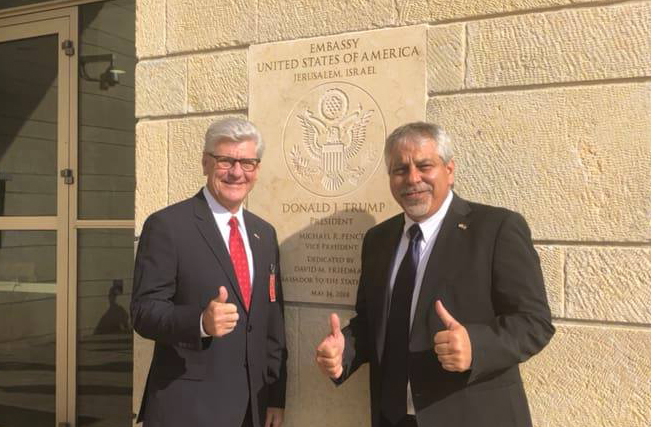 Mississippi is looking to join its neighbors in barring state investments in companies that participate in anti-Israel boycotts.

The bill prevents the state retirement system, treasury and state government entities from investing in companies that boycott Israel, and calls on the state to develop a list of such companies. Any existing investment in those companies would have to be sold within 120 days after the list is published, as of July 1, 2020. Exceptions can be made if the state deems it necessary.

Speaker Pro-Tem Snowden said “it was my honor and privilege” to handle the bill on the House floor. “Mississippians are true friends of Israel, and this bill gives tangible support to the historically pro-Israel sentiment of our citizens.”

Bryant said he was “so proud” the bill passed, and “Mississippi will stand with Israel.”

According to the Clarion-Ledger, there was a brief floor debate during which Rep. Bob Evans of Monticello asked “Gentleman, is Israel a Christian nation? … Jews don’t believe in Jesus Christ, the son of God, do they?”

Snowden replied that the bill has nothing to do with religion, and Israel is “one of the true democracies in the world.”

Evans, a Democrat, did vote for the bill.

In 2015, Tennessee was the first state to pass an anti-BDS bill, and there are currently 26 states with anti-BDS laws.

Alabama passed an anti-BDS law in 2016, and last May, Louisiana Governor John Bel Edwards issued an executive order barring BDS, making Louisiana the 25th state to have such legislation.

Arkansas passed an anti-BDS act in 2017, and in January the Arkansas Times lost a lawsuit challenging the act, as a Federal judge rejected the argument that commercial boycotts are a form of protected speech.

The Council on American-Islamic Relations characterized the Mississippi bill as an “anti-free speech bill to punish criticism of Israel.”