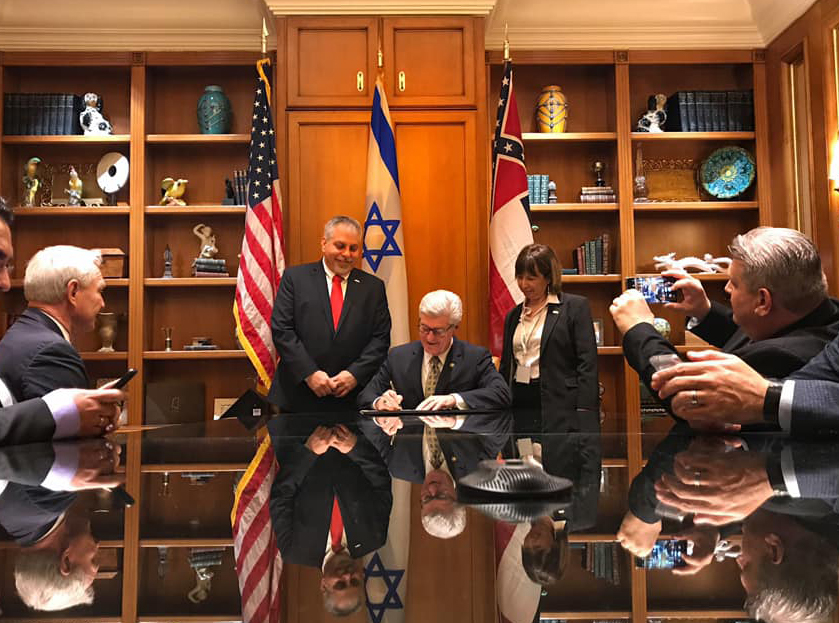 While most of the pro-Israel universe was focused on the annual American Israel Public Affairs Committee Policy Conference in Washington on March 25, Mississippi Governor Phil Bryant was making his own bit of history.

With Israeli Consul General Lior Haiat looking on, Bryant signed a bill establishing Mississippi as the 27th state to condemn the boycott-Israel movement known as BDS.

Mississippi is joining its neighbors in barring state investments in companies that participate in anti-Israel boycotts.

The “Israel Support Act of 2019” prevents the state retirement system, treasury and state government entities from investing in companies that boycott Israel, and calls on the state to develop a list of such companies. Any existing investment in those companies would have to be sold within 120 days after the list is published, as of July 1, 2020.

Exceptions can be made if the state deems it necessary.

Haiat said the bill sends “a strong message of support and friendship to Israel, and a clear message that those who want to harm Israel are NOT welcome in Mississippi.”