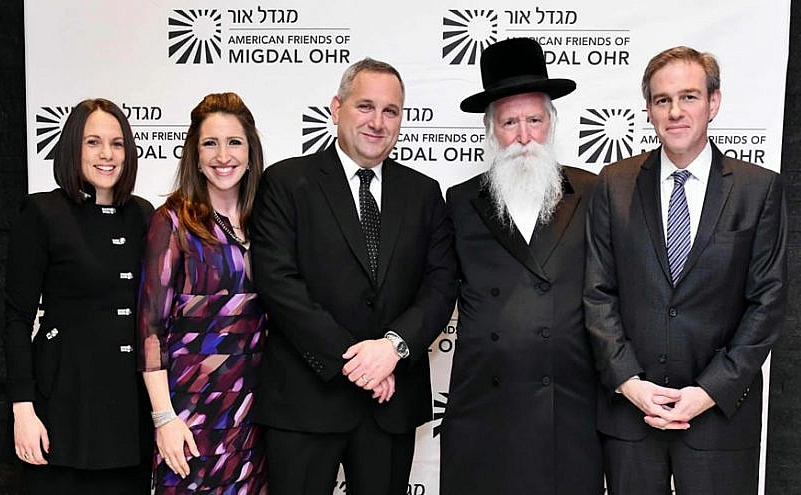 “The West is in crisis because it is following policies that are not in keeping with its values and deep traditions, especially with the rise of anti-Semitism, which is usually the harbinger of national decline,” he said at the annual American Friends of Migdal Ohr (AFMO) Gala on May 14.

“It is happening in Europe with the rise of fascist parties, and it is happening in the U.S. when a member of Congress can explain the hold Israel has on the American imagination, as ‘about the Benjamins,’ and still be held as anything other than the stain on the party she represents,” he continued, referencing Rep. Ilhan Omar (D-Minn.), who has been under fire for such anti-Semitic remarks.

Migdal Ohr is an organization that provides essential educational and life-changing programs and services to thousands of underprivileged and at-risk children across Israel.

“So, I worry about what is happening in Europe and the U.S. a great deal, but I do not worry about what is happening in Israel because it puts its values first,” he said. “When you have the IDF, which is prepared to show its strength and restraint in the face of enemies who call for its destruction, it is doing well. When you have a country that is passionately concerned with taking care of its weakest and most vulnerable, and that they are nourished and cultivated, it is doing pretty well.”

At the gala, AFMO surpassed fundraising goals and raised hundreds of thousands of dollars for its transformative Mishpachtonim program, which created a new model of care for Israeli children from underprivileged and at-risk homes.

Mishpachtonim is a children’s residence framework headed by a married couple who live there with their own children. There is also a social worker on each floor who stays in close contact with the students’ biological parents, a psychologist who ensures various therapies are made available as needed, and a teacher who makes sure each child is prepared for school.

“While our remarkable country marches forward with extraordinary achievements, we must never allow ourselves to leave one child behind,” said Benjamim Krasna, deputy head of mission at Israel’s Embassy in Washington. “Migdal Ohr is providing a beacon of light to direct us in the proper direction of morality, compassion and responsibility.”