The legacy of the ‘Nakba’ and lies about Israel 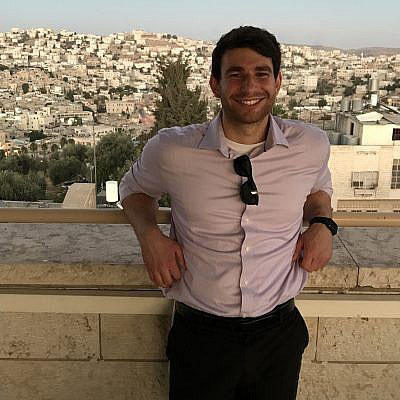 Progressive college students have come to believe that in 1948, Israel enacted a policy of ethnic cleansing and forcibly expelled 750,000 Palestinians in order to ensure a Jewish supermajority and make room for Jewish immigration.

(JNS) — Many students on college campuses these days hear the lie that Israel has murdered entirely innocent, peaceful, unarmed protesters in the Gaza Strip. They hear that the Israel Defense Forces specifically targets women and children as they displace Palestinians to make room for Jewish settlements. They hear these accusations from professors and student governments. Now they hear them from their politicians, too, including the widely criticized comments of Reps. Ilhan Omar (D-Minn.) and Rashida Tlaib (D-Mich.), with the ​former​ accusing Israel of “hypnotizing the world” to ignore its “evil doings” in Gaza, and the latter planning to take U.S. legislators to the West Bank to meet displaced Palestinian refugees firsthand and hear the “truth” about the after-effects of wars with Israel (wars started by Arabs on Jews).

What these students do not normally hear is the fact that the vast majority of those killed and injured in the weekly “March of Return” riots are Hamas operatives or those with weapons attempting to infiltrate the Israeli border. That these so-called “peaceful protests” involve handheld weapons, incendiary devices and explosives, and that tires are burned to create a cover for those aiming to breach the border to attack Israeli civilians. It doesn’t help that they use women and children as human shields to hide these activities.

Such facts are a few minutes of deliberate Google searches away, yet many students blindly assume that the wild accusations of Israel’s human-rights violations are true. The problem is that they aren’t armed with information. And the answer lies in knowledge of the ​nakba — the “catastrophe” that Arabs associate with the creation of modern-day Israel and the resulting attempt to destroy the sole Jewish state in the world.

Progressive college students have come to believe that in 1948, Israel enacted a policy of ethnic cleansing and forcibly expelled 750,000 Palestinians in order to ensure a Jewish supermajority and make room for Jewish immigration. They also believe that Israel acted quite similarly, albeit on a smaller scale, in the Six-Day War.

Thus, the modern blood libels of the targeting and mass murder of children, coupled with ethnically cleansing of Palestinians, leveled at the Jewish state become credible in the eyes of these students. If Israel committed ethnic cleansing and mass war crimes in 1948 — and continued to oppress and murder Palestinians in decades following it — then why should one question the stories of Israel’s horrible misdeeds today?

Although the historical record shows that some Palestinians were expelled by Jewish forces at gunpoint, there clearly was not an “ethnic cleansing” operation to expel all Arabs out of a potential Jewish state. Rather, strategically located Arab towns were evacuated.

Many Israel advocates overstate the extent to which Arabs (college students today hardly know there was a time when Palestinians did not associate with themselves such a national identity) left of their own accord and at the behest of Arab leaders, which were also major factors of their own displacement. What sane civilian would stay in his house in the midst of a bloody war? Regardless of the exact percentage of Arabs who were expelled, fled out of fear or fled at the instruction of Arab leaders, it certainly was not “ethnic cleansing” by Israel, either deliberately or consequently. Indeed, there remains a 21 percent sizable ​minority​ of Arabs today. The fact that Arabs observe “Nakba Day” on Israeli Independence Day doesn’t help matters.

College students are fed the Arab narrative of “ethnic cleansing,” even sometimes of genocide, an obviously absurd and incredibly offensive accusation. Yet they rarely seem to question it. Indeed, attendees of a student government council meeting at ​Williams​ College in Amherst, Mass., made this very charge, ultimately causing a prospective pro-Israel group to be denied registration as a registered student organization, the first group rejected in more than a decade (it met all the requirements otherwise associated with new campus group). Indeed, the college group Jewish Voice for Peace runs a “Facing the Nakba” ​campaign​ on campuses, where students are taught about the “forced displacement” of 750,000 Palestinians and its “present implications in Palestine/Israel.” Notice that they call Israel “Palestine/Israel.”

It is because of these lies told by JVP, Students for Justice in Palestine and other organizations that ruins Israel’s image in the eyes of so many students and allows them to believe slanderous claims of Israel specifically “targeting women and children.” The college students who learn about the ​nakba ​subsequently believe that horrible accusations against Israel today are true. These students are our leaders of tomorrow. If we want to preserve the wonderful relationship between the United States and Israel, the lie of the ​nakba ​should be fought every second on our college campuses.

Matthew Stein, an honors economics major at Swarthmore College, serves as the president of Swarthmore Students for Israel and of Swarthmore Chabad. He is a currently a CAMERA Fellow and a former fellow with StandWithUs.