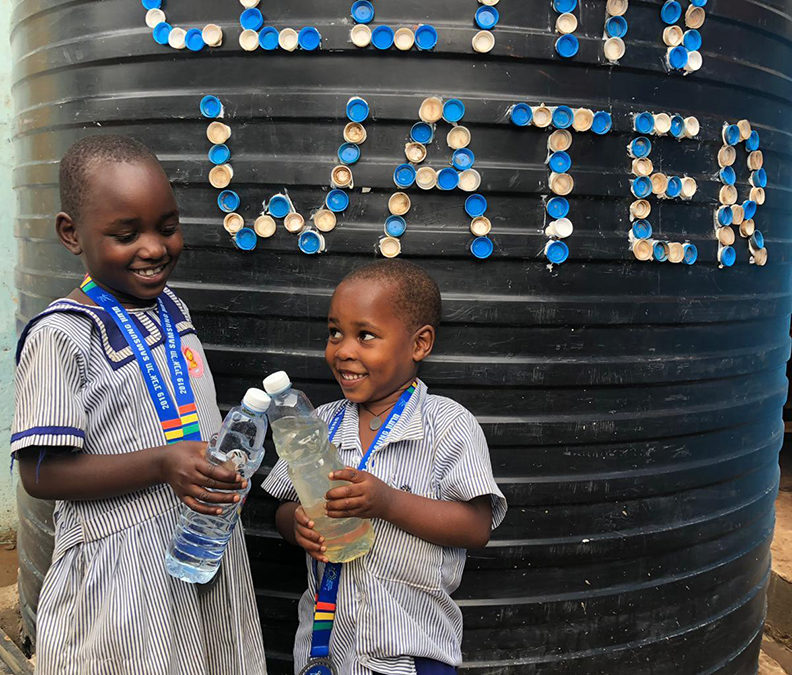 I read recently about two young newly-graduated Israeli water engineers, Selda Edris and Mayes Morad, who went to a rural community in Uganda and gave the gift of life, i.e. the gift of clean and safe water. Their love and their gift will possibly culminate in the saving of hundreds of lives in that rural community.

The article goes on to describe the pure delight expressed by the joyful children when for the first time, they turned on the taps and faucets, and water came gushing out. Not just any water, but pure clean water from a water purification system. Reading this, you may shrug your shoulders, and ask, “So what?”

It is hard for most people in the West to imagine what a life without clean and safe water would look like. Unfortunately, this has been harsh reality for a lot of people in Africa for many years.

Back in the early 1980s, I was a just a young kid. My native country of Uganda was ravaged by civil war. Very few people had access to running water. Because of the war, my siblings and I were sent as far away as possible from the city.

We went to live in the village with my grandma. We were lucky. She was wealthy enough to have the only tank in the whole village. When it rained, enough water was stored in the tank to meet our water needs. Hundreds of villagers walked every day to the river to fill their water pots and jerrycans. It never occurred to me what a horrible ordeal this entailed until the dry season came along, and the rains did not come.

I will never forget the first day I walked to the river. Excited, and fitted with a small jerrycan, I set off for what I believed was to be a great adventure. After walking many miles, the cold morning air was replaced by a blistering heat wave. After what seemed like an eternity, we arrived at the river. I was wilted and drained of all energy and excitement.

To my dismay, we were not the only ones at the river. The hundreds of people already there must have started their trek in the middle of the night. Worse still, there were all kinds of livestock, whose herdsmen were intent on having the animals have their equal share of the water. The whole scene was utter mayhem. I watched as the strongest among men and animals pushed and shoved to get to the water.

As I write this and remember that scene, I can appreciate why it was a big deal when Moses, in the Bible, first met Jethro’s daughters, and helped them get to the water (Exodus 2:16-20).

It was almost night time by the time we got back to my grandma’s house. I was weary to the bone; my little jerrycan was still empty.  Had I found two young Israeli water engineers, with a water purification system, and a tap that spewed out pure, clean water the next time my skinny 5-year-old legs walked in the blistering heat to get to the muddied river, contaminated with cow dung, you would not have blamed me for jumping, clapping and dancing with glee.

Many rural areas in Africa today do not have clean, safe water. The World Health Organization estimates that 115 deaths occur every hour in Africa due to the consumption of contaminated water. I commend all the people and organizations helping to alleviate this problem in Africa.

I especially salute these two sacrificial young Israeli water engineers for their compassion and commitment to make our world a better place. It is reported that the world is in a water crisis, which will only worsen as time goes by. I am inspired by Israel’s contribution in solving the global water crisis.

By making the desert bloom, Israel has demonstrated its incredible innovations in water technology. The nations are increasingly turning to Israel for its expertise in solving the global water crisis. I am sure as the days go by, we will be reading more — about other compassionate Israeli water engineers who are impacting our world for good.

Jahan Berns, an attorney in Birmingham, Alabama, grew up in Uganda as a Muslim, converted to Christianity and has become an outspoken defender of Israel and ally of the Jewish people.