Attacking Zionism through the Myth of the “Arab Jew” 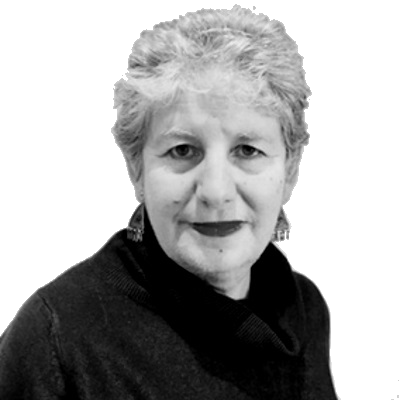 (JNS) Anyone who keeps abreast of the growing academic field of Mizrahi/Sephardic studies (Mizrahi: oriental, from the Middle East; Sephardic: originating in pre-Inquisition Spain) cannot help noticing that the vast majority of papers focus on the purported “discrimination” or “racism” of the Ashkenazi establishment.

Typical is this paper by one Sarah Louden, “Israeli Nationalism: the Constructs of Zionism and its Effect on Inter-Jewish Racism, Politics, and Radical Discourse.” It has 455 views, more than any other paper in its genre. It pulls no punches in attacking the “racism” of Zionism. Its sources are almost entirely Mizrahi anti-Zionists like Ella Shohat.

Shohat, a professor at New York University, made her name by applying Edward Said’s theory of “Orientalism” to Israel, claiming that both Mizrahi Jews and the Arabs are victims of the West (Ashkenazim).

Mizrahi Jews and Arabs are assumed to have more in common with each other that Jews from the East have with Jews from the West. The former, Shohat and her ilk contend, were “torn away” from their comfortable “Arab” environment by Zionism and colonialism and turned into involuntary enemies.

These academics widely assume that Mizrahi Jews in Israel support the Likud and right-wing parties to “get their own back” against the Labour-dominated Ashkenazi establishment.

But Louden and those like her hardly ever mention the elephant in the room: The subliminal memory of Arab and Muslim persecution suffered by parents and grandparents driven from the Arab world.

Is it not plausible that Mizrahi Jews view the rocket attacks and bombings afflicting Israel as just the latest chapter in a long history of Arab and Muslim anti-Semitism? That they vote Likud because they believe that only the right can deliver the necessary tough response?

Furthermore, Western academics almost invariably use the expression “Arab Jew.” The term figures in the title of a book by professor Sasson Somekh: “The Last Arab Jew.”

Born in Baghdad in 1933, Somekh published two autobiographies. The first, “Baghdad, Yesterday: The Making of an Arab Jew,” was about his life in Iraq, and the second, “Life After Baghdad: Memoirs of an Arab-Jew in Israel,” about his life in the Jewish state.

Somekh was the guru of Arabic literature studies at Tel Aviv University and spent two years in Cairo, where he became a close friend of the Egyptian author and Nobel laureate Naguib Mahfouz, whose work Somekh claimed to have introduced to a wider audience.

Some of Somekh’s disciples in the Arabic literature department of Tel Aviv university were anti-Zionists in the Shohat mould, but Somekh never thought of himself as an Arab Jew in their terms.

He told Almog Behar, one of his former students: “The tendency among leading Mizrahi intellectuals of the younger generation to speak of themselves as Arab Jews is first and foremost a political position, that is, their desire to protest sharply against the sense of discrimination that they feel has been directed at Mizrahim. They are, in fact, seeking to highlight their reluctance to be part of the Zionist existence of the state. I do not have a problem with these positions, but for me this is not how the Arab-Jewish identity is defined.”

For Somekh, “Arab Jew” is a “cultural definition of a Jew who speaks Arabic and grew up in a Muslim environment.” He wanted to emphasize that “his identity stemmed from his point of view as a person who grew up in an Arab culture and continues to engage with that culture.”

Iraq was one of the few Arab countries where Jews took a leading role in the Arabic cultural and literary renaissance of the 1920s and 30s.

“I am the last Arab Jew,” Somekh said. “That is why I wrote ‘Baghdad, Yesterday:’ to document the life of a Jewish Arab child. Anyone who defines himself as an Arab Jew to attack others but who does not speak Arabic… does not count as such. While I do not define myself as a Zionist, if being Zionist means all Jews should come here, I am an Israeli patriot.”

In other words, Somekh saw himself not of Arab ethnicity, but as an Israeli Jew with an affinity for Arab culture.

Another professor of Iraqi origin, Reuven Snir of Haifa University, concurred: Jews who wrote literary works in Arabic in the early 20th century felt no need to declare themselves Arabs, he said.

A conference held some 10 years ago among Iraqi Jews resoundingly rejected the expression “Arab Jew” as a badge of identity. The vast majority of Jews from the Arab world have not historically identified as Arabs — in fact many would be offended to be so labelled.

But post- and anti-Zionist academics continue to turn a deaf ear to what most Jews raised in Arab countries themselves say and feel, as long as “discrimination” against Mizrahim can serve as a useful stick with which to bash Zionism.

Lyn Julius is the author of “Uprooted: How 3,000 years of Jewish Civilization in the Arab World Vanished Overnight” (Vallentine Mitchell, 2018).