When Christians are Criticized for Being “Too Close” to the Jews 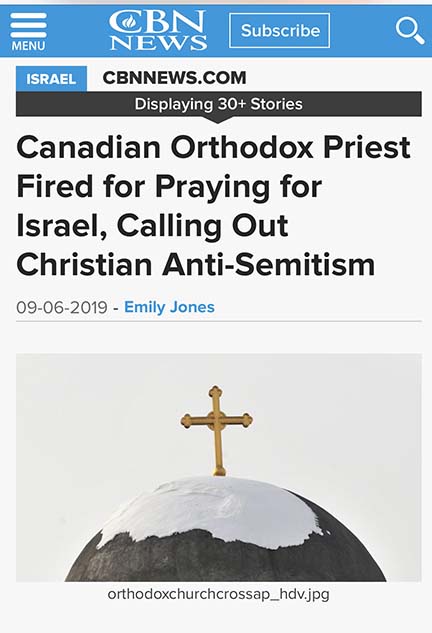 A friend and I had coffee not too long ago. She’s a Christian, I’m a Jew. Most would describe her as an Evangelical Christian. I use a different description. I see her as a Christian Biblically-inspired to support Israel and the Jewish people. This, as she and other Christian friends have confirmed, is a more accurate description.

Over coffee I described to her a powerful book I read — “Christian Zionism: Navigating the Jewish-Christian Border.” The book, which I’ve previously reviewed for Israel InSight magazine, is by Faydra Shapiro, an Orthodox Jew who lives in Israel who has dedicated herself to deepening ties between Jews and Christians — especially Jews Biblically-inspired to support Israel, also known as Christian Zionists.

Shapiro uses the metaphor of a border to describe what she sees as a barrier between Jews and Christians since the founding of Christianity. But she also contends with good reason that over the last 40 years this barrier has gone from once being impenetrable to a more friendly border between the two faiths. And she credits the growing Christian Zionist movement — along with Jews on the other side of the border who have been willing to embrace this revolutionary pro-Israel movement — as having caused this change.

My coffee friend is one of those Christian Zionists — a Christian who believes that Jews have a right to live in their Biblical homeland which has been bequeathed to them by God.  She fell in love with Israel on a family trip 10 years ago, has been back 10 times since, volunteers for an organization dedicated to strengthening the U.S.-Israel relationship, and has deep reverence and love for the Jewish state and Jewish people.

But through conversation, she validated one of the premises of Shapiro’s book — that those Christians who get too close to the border, and who dedicate themselves to Israel and befriending the Jewish people, are sometimes met with derision and even hostility from other Christians uncomfortable with such actions.

Which brings us to a recent news story.

The Christian Broadcasting Network reported, “An orthodox priest in the Canadian province of Nova Scotia says he was forced to resign after giving a sermon about the importance of honoring the Jewish roots of Christianity and praying for Israel… Father Vladimir Tobin, the head priest of St. Vladimir’s Orthodox Church in Halifax, was told he must leave the church due to the ‘Jewish twist in your ministry’.”

How sad, I thought. Though I was not surprised, remembering Shapiro’s observation about what sometimes happens when Christians gets too close to Jews and Israel.

It’s my belief that this relatively new relationship between Jews and Christians who are Biblically-inspired to support Israel is healthy and positive. This relationship is also crucial to Israel’s well-being, to strengthening the U.S.-Israel strategic alliance, and to protecting and promoting the religious and cultural values Jews and Christians share. To see a clergyman — or any Christian — attacked for standing with Israel and the Jewish people is troubling.

(Richard Friedman is finishing a 37-year career as executive director of the Birmingham Jewish Federation. On Jan. 1, 2020 he will become Associate Editor of Israel InSight magazine.)