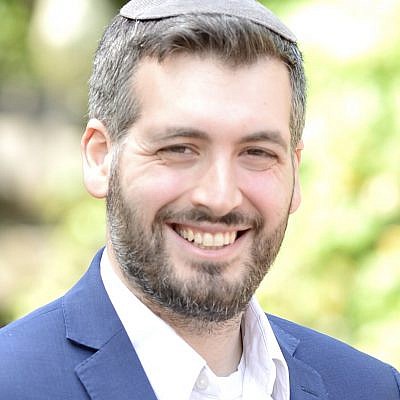 (JNS) — As Israel heads into its second set of elections this year, the latest talking point of the American anti-Israel left is Israeli Prime Minister Benjamin Netanayahu’s pledge last week to formalize Israel’s sovereignty over the Jordan Valley.

Media outlets, anti-Israel organizations and leftist politicians have all falsely claimed that Israel was annexing the West Bank. Not only is this far from the truth, it highlights the fact that these groups are not pro-Palestinian, only anti-Israel.

American Jewry is woefully misinformed about the issues of the Palestinian community. According to the popular narrative, the only thing in the way of Palestinian prosperity is Israel, which subjugates them with its racist policies, apartheid laws, and occupation. The best way to fight back is to boycott Israeli goods and demand that American policy towards Israel be radically altered.

Fighting back against this misinformation is Fuel for Truth, a nonprofit organization that holds programs in Boston, Miami, New York and Los Angeles to teach “Israel advocacy training and Jewish communal engagement for population segments unreached or underserved by traditional organizations and institutions.”

What about the occupation? According to the anti-Israel left, the largest obstacle to a two-state solution are the Israeli settlements and Israeli military presence in Judea and Samaria.  This is wrong on multiple accounts.

“From 1949 through 1967, there were no settlements, no occupation, and no peace,” said Wasserman. “There is no occupation in Ramallah, Jenin, Tulkarm. There are specialized Israeli forces that go in when there’s someone bad in there, but that’s it. Israel ended its occupation of the Gaza Strip in 2005.”

Since Israel left the Gaza Strip, conditions have only gotten worse for the residents there.

“We saw it in American foreign policy when we left Iraq. When you create a vacuum in today’s day and age, Iran will fill it the next day,” said Wasserman, adding that only if he “hated the Palestinians with every bone in my body,” he would advocate that Israel leave Judea and Samaria.

Rep. Ilhan Omar (D-Minn.), who was recently denied entry to Israel due to her advocacy for BDS (which includes a House resolution which compares Israel to Nazi Germany and apartheid South Africa), has claimed on Twitter that Israel’s supposed “annexation” is “the nail in the coffin to a two-state solution or any peace deal.”

IfNotNow and Jewish Voice for Peace echo similar sentiments. The problem is, Netanyahu never said he was going to annex the Jordan Valley. Rather, he said that Israel was going to formalize sovereignty over the area, something that has such broad consensus in Israel that Blue and White (Netanyahu’s main political opposition) claimed Netanyahu copied their policies. This move is just solidifying the fact that the Jordan Valley, along with the “consensus” settlements in Judea and Samaria, are off the table as bargaining chips.

There are real issues that Palestinians face that have nothing to do with Israel.

“The end of Hamas rule should be the number one priority of anyone claiming to be pro-Palestinian,” said Wasserman. “Palestinians have no civil liberties, no freedom of speech, no freedom of religion.”

The Palestinian Authority isn’t much better; it doesn’t want peace and refuses to come to the negotiating table.

“They refused to negotiate for eight years” during the Obama era, said Wasserman, and Obama was “the best friend the Palestinians could have hoped for.”

Regarding the deals offered by Israeli Prime Minister Ehud Olmert, “There was no counter-offer by the Palestinians … What do they really want? Why are they not negotiating?”

Palestinian internal issues far outweigh their issues with Israel, which Wasserman classifies as “low or bottom of the list on issues [Palestinians] face.”

These problems, however, are never discussed by supposed “pro-Palestinian” groups and activists. Searching IfNotNow’s and Jewish Voice for Peace’s Twitter accounts for terms like “economy,” “unemployment” or “Hamas” is an exercise in futility if you are looking for Palestinian accountability for these problems. Every mention blames Israel and defends terrorism.

Rep. Rashida Tlaib (D-Mich.), who like Omar was denied entry into Israel for her stance on BDS, is actually Palestinian-American. Searching her Twitter accounts for any mention of “Hamas” or “Fatah,” the terrorist groups that are keeping her family, friends and everyone else in the Palestinian territories in poverty, yields no results. She will not mention them. Searching for “Israel”, however, yields endless criticism of the Jewish state, including blaming Israel for Palestinian violence.

These are the groups and people who are becoming increasingly influential on college campuses around the country. Their influence banks on the ignorance of students, who see a robust Israeli economy, a powerful Israeli military, poor Palestinians, and believe blindly the people who tell them Israel is to blame for Palestinians’ problems.

These are the people who Fuel For Truth is attempting to educate.

“These people are not anti-Semites,” said Wasserman, “they just identify with the underdog.”

Moshe Hill is a political analyst who has written for “The Daily Wire,” “The Queens Jewish Link” and “The Jewish Link of New Jersey.” Follow on Twitter @TheMoHill.