Would the University of Minnesota welcome a KKK convention? 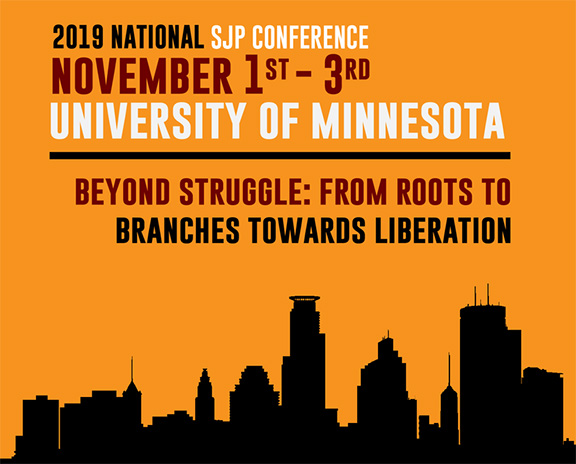 In a statement, the UMinn president justified allowing an upcoming KKK conference on campus: “The First Amendment protects even the most heinous speech and while I find the KKK’s views reprehensible I cannot prevent them from holding a meeting here. A university must be a plac where people have the freedom to exchange ideas no matter how repugnant.”

When asked specifically about some of the Klan’s specious claims, such as the idea that Jews control the banks and media, the president, said, “The Klan may take their views to the extreme, but it is true that there are Jews who run banks and media companies so their criticism is legitimate.” In response to a question about the Klan’s view of minorities as inferior, he admitted some academic studies indicate there are genetic reasons why blacks have lower IQs than whites.

The paragraphs above are fiction. No one believes that Minnesota or any other university would host a Klan meeting, because the students and trustees would never allow it. Students would take over administration buildings, boycott classes, and stage protests across campus. The university would hemorrhage donors, be pilloried in the press, and become disreputably known as the university that welcomed the Klan.

The University of Minnesota is hosting the annual hate fest of Students for Justice in Palestine on Nov. 1 to 3. The justification is familiar. “As a public institution, the University of Minnesota is bound by the First Amendment and cannot discriminate on the basis of viewpoint when making resources available to students, faculty or the general public,” Adam Steinbaugh, the director of the Individual Rights Defense Program at the Foundation for Individual Rights in Education, told JNS.

“In short, the University of Minnesota cannot cancel the SJP conference on the basis that others find the views that might be offered there offensive.”

Can you imagine Steinbaugh saying the same thing about a KKK conference?

As a reminder, the theme of last year’s SJP conference at UCLA was “Radical Hope: Resistance in the Face of Adversity.” The conference website stated: “[T]he reason we can have hope is that Zionism… can be destroyed.”

This year’s theme is “Beyond Struggle: From Roots to Branches Towards Liberation.” The National SJP website explains:

The history of Palestine, and the Palestinian struggle against Zionism, extends beyond the confines of 1967, and well before the Nakba (the Catastrophe) of 1947-1948. It is important that this be recognized by those who claim to act in solidarity with the Palestinian people, many of whom engage solely in anti-occupation advocacy – that is, advocacy which relies on a version of Palestinian history limited to the Green Line. In doing so, they forego the rights of those Palestinians in refugee camps, in diaspora, and in 1948 lands (emphasis added).

Translated, SJP’s concern is not the loss of territory in 1948, the “occupation” since 1967, the settlements, or the lack of statehood. The original sin of the Jews is their presence in “Palestine.” This is even more extreme than the Palestinian leadership, which considers the creation of Israel the root of all evil. Not surprisingly, the favorite chant of SJP and its supporters is a call for Jewish elimination from “Palestine”: “From the river to the sea, Palestine will be free.”

Last year, the SJP chapter at Minnesota sponsored a pro-BDS resolution that passed a student-wide referendum. Afterward, then-UMinn president Eric Kaler opposed the result, which he said could have a “potential harmful impact to our campus climate.” He also criticized the BDS movement for failing to delineate “between opposition to the policies of the government of Israel and opposition to the existence of Israel.”

In effect, he called out BDS for being antisemitic.

When asked for a comment about the upcoming SJP conference, a spokesperson for current president Joan Gabel said, “Any registered student group is allowed to reserve space on campus” and referred me to an October 11 statement. Gabel makes the usual free speech arguments and declares, “It is imperative that we provide a place for diverse views and opinions.” She did not answer the question of whether the KKK would be allowed to hold a meeting on campus.

Jews and other targets of bigotry, meanwhile, are supposed to be reassured that “the University condemns speech that promotes prejudice and discrimination,” and is “committed to creating inclusive and welcoming environments where everyone is respected, valued, and safe.”

According to 136 international Jewish organizations; however: “The BDS movement is antithetical to principles of academic freedom and discourages freedom of speech… By pursuing delegitimization campaigns on campus, proponents have provoked deep divisions among students and have created an atmosphere of intolerance and hatred.”

Universities remain the only institutions in the United States where antisemitism is tolerated. And it’s a disgrace.

The irony is that the allegedly omnipotent Jewish community has been powerless to change the dynamic. Jews have led so many social justice movements, yet cannot mobilize support to fight the academic establishment. Even at universities with thousands of Jewish students (Minnesota has roughly 1,500), it is impossible to rally more than a handful to protest. For all the millions invested in training students in Israel education and activism, they have not been taught to protest, and they lack the temperament to do so.

Part of the problem is that students are encouraged to be snowflakes by promoting the idea that campuses are dangerous, and that Jews need “safe spaces” rather than teaching them to stand up for themselves and create space to express their love of Israel without fear.

Have you ever heard of Jewish students occupying an administration building or marching several thousand strong demanding action against antisemitism? We have been preaching the need for students to form coalitions and yet they can’t mobilize their peers to fight bigotry. Meanwhile, SJP has no trouble attracting dozens of student groups to support its agenda.

There are student groups such as Students Supporting Israel (SSI) and AEPi working with organizations including StandWithUs, the Lawfare Project, and the Israeli American Council that are making a difference, but it’s not enough.

Universities don’t care much about what students think. They are not swayed by academic arguments or research. What they care about is MONEY. The only way to change the dynamic is for major donors, governments, and taxpayers to cut off their lifeblood. Alums for Campus Fairness is mobilizing alumni to pressure their alma maters; however, Jewish donors are reluctant to use the only real leverage they have to force universities to become as intolerant of antisemitism as other American institutions.

Universities do care about bad publicity. If a university’s reputation is tarred by the impression that it is home to bigots and agnostic toward antisemitism, it may suffer. Many Jews stopped applying to UC Irvine after it acquired the reputation for hostility to Jews (the situation subsequently improved). The president of Pitzer College, Melvin Oliver, acknowledged the damage to the school’s image caused by faculty voting to suspend its program in Israel. To his credit, Oliver rejected the faculty recommendation and flew to Israel to reinforce the college’s commitment to its program in Haifa.

Contrast Oliver’s reaction to that of Northwestern when a BDS advocate endorsed a departmental boycott of NYU’s own campus in Israel and smeared Israel during an NYU commencement speech. The speaker was hired by Northwestern, whose administration welcomed him by noting he would “not be the first Northwestern faculty member who supports the Boycott, Divestment, Sanctions movement.”

Meanwhile, not even bad publicity prevented Columbia from hosting the rabidly antisemitic leader of Malaysia, a country that restricts speech, who boasted of his right to free speech.

For now, the Minnesota SJP conference should be cancelled. As SSI wrote in a petition:

Because of SJP’s closed-door policy of not allowing any non-SJP students to attend the Conference, University of Minnesota is essentially allowing SJP to continue spreading their messages of RACISM, VIOLENCE, ANTI-SEMITISM and support of known TERRORISTS.

SJP’s position that Zionism, the national movement of the Jewish people, which holds that Jews have the right to self-determination in their homeland — Israel — should be destroyed is arguably a call for genocide.

Horrified by his campus hosting last year’s conference, UCLA professor Judea Pearl lamented, “US campuses, emboldened by our blindness and inaction are now offering racist groups a fertile ground to spawn their venom, test out intimidating tactics, and gain academic legitimacy. The stench of hatred and sounds of incitement to hostilities that will emerge from the national SJP Conference will damage UCLA’s reputation irreparably.”

UCLA ignored the protests, and its name and reputation were sullied.

Will UMinn make the same mistake?

Mitchell Bard is executive director of the American-Israeli Cooperative Enterprise.