This Sukkot, remembering the Jewish and Christian roots in Jerusalem 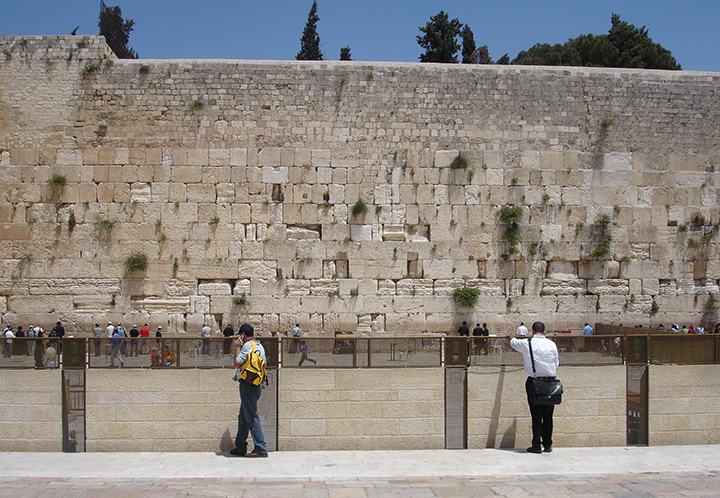 Three years ago, I was living in Jerusalem, and along with both Christians and Jews, celebrating the annual Feast of Tabernacles, also known as Sukkot. It is a colorful week of festivities, with Jewish families partying in their gardens, balconies or rooftops. At the same time, thousands of Christian pilgrims also gather in Jerusalem, some of them heralding their arrival by citing Zechariah 8: 22-23:

“And many peoples and powerful nations will come to Jerusalem to seek the Lord Almighty and to entreat him. This is what the Lord Almighty says: “In those days ten people from all languages and nations will take firm hold of one Jew by the hem of his robe and say, ‘Let us go with you, because we have heard that God is with you.’ ”

The year 2016 — with all the Sukkot feasting and festivity being enjoyed by Jews and Christians alike — seemed like a rather odd time for UNESCO to ratify a resolution against Israel’s “occupation of Al-Aqsa Mosque/Al-Haram Al-Sharif” and Jerusalem’s Old City. The declaration made no mention that the Al-Aqsa Mosque and the Dome of the Rock are situated on the Temple Mount, where two glorious Jewish temples once overlooked the city.

In fact, the UN officially announced the Temple Mount and the Western Wall as the “Cultural Heritage of Palestine.” In doing so, the UN disavowed Jerusalem’s historical and religious connection with both Judaism and Christianity. The Resolution, submitted by Algeria, Egypt, Lebanon, Morocco, Oman, Qatar and Sudan, was passed on Oct. 18, 2016. That ignominious declaration just happened to coincide with one of three great Jewish Feasts that have beckoned pilgrims to Jerusalem for some 3,000 years.

I wrote for Fox News at the time:

During the feast, family gardens, terraces, verandas as well as plazas and eateries are, for the week, enclosed in fabric walls and roofed with palm branches and other greenery. These “booths” remind the Jewish people of their desert trek from Egypt to the Promised Land. Such fragile, temporary shelters are meant to recall the need for dependency on God and his deliverance from evil powers.

As a Christian sojourner, I’ve become increasingly aware of how deeply the roots of my own Christian faith are anchored in the ancient soil of Judaism. Like many Christians, from time to time I visit what is sometimes called “The Wailing Wall,” where Jews wept for centuries over the loss of their land. Today, believers of myriad traditions fold scribbled prayers into the cracks and crannies of the wall’s surface, feeling that God somehow seems a little closer, a little more attuned.

One can only wonder how an organization like UNESCO — recognized as a global guardian of the world’s most precious heritage sites — is able look upon the massive, archeologically-acclaimed Herodian stones of the Jewish Temple’s Western Wall, blatantly deny their history, and solemnly declare it a solely Muslim site…

Attempts to de-Judaize (and thus de-Christianize) Jerusalem first gained notoriety in 2000, during the peace process at Camp David. Then-Chairman of the PLO, Yassir Arafat, famously informed President Bill Clinton that there was never a Jewish Temple on Jerusalem’s Temple Mount. Clinton, the product of numerous Baptist Sunday Schools classes, was reportedly aghast.

Unfortunately, the tale didn’t end with Clinton’s astonishment. It continues to be told throughout the Muslim world. For example, on June 4, 2018, Mahmoud Al-Habbash, the Palestinian Authority’s Supreme Shari’a Judge and President Mahmoud ‘Abbas’s advisor for religious affairs, declared, “There is a difference between faith and claiming territory based on a false Jewish or Biblical pretext whose sole purpose is to take over the land. The Al-Burak Wall [i.e., the Western Wall] has nothing to do with a [Jewish] temple, and [the Jews] have no right over its stones. This is an imperialist myth that exploited and distorted history and the holy sites in order to advance and justify imperialist projects…”

Efforts to disconnect Jerusalem from Jewish history are a fairly recent endeavor. Its inventors seem to have overlooked a tourist pamphlet published by the Supreme Muslim Council in 1930, describing the Haram al-Sharif, which Jews call the Temple Mount. “Its identity with the site of Solomon’s Temple is beyond dispute. This, too, is the spot, according to the universal belief, on which “David built there an altar unto the Lord and offered burnt offerings and peace offerings.”

Nonetheless, tireless attempts to deny Jewish and Christian connections to Jerusalem and Israel continue to be promoted in mosques, media and multi-national forums. The 2016 UNESCO resolution is simply a continuation of that mythology.

Thankfully, in the meantime, sources documenting Judaism and Christianity’s historical roots are increasing exponentially. Ongoing archeological projects continue to provide irrefutable historical validation for the Bible as well as extra-biblical historical records. One of the most thorough presentations of such documentation has been assembled by the City of David, an expansive archeological dig on the site of Biblical Jerusalem, located just south of the Temple Mount.

Its discovery at the Ophel Excavation (near the Temple Mount) was announced in 2016. It bears the name “Hezekiah son of Ahaz, King of Judah,” who was a direct descendent of King David (2 Kings 18:1).

Two other ancient seals belonged to government officials during the reign of King Zedekiah, who ruled during the 6th Century BCE. These were discovered in the City of David archeological site in 2007 and 2008, bearing names that appear in Jeremiah 38:1 (Gedaliah the Son of Pashur, and Jucal the son of Shelemiah).

Other significant finds include the “Silver Scrolls,” dating from the 8th to 7th  Century BCE, representing the oldest surviving Biblical text (the priestly blessing) ever discovered; a silver half-shekel coin, which was the required admission to the Second Temple; and an inscription recounting King Hezekiah’s diversion of the Gihon Spring to flow within the walls of Jerusalem (1 Kings 20:20 and 2 Chronicles 32:3-4).

Christians and Jews alike have been moved by the 2004 discovery of the ancient Pool of Siloam, which served as a ritual bath for Jewish pilgrims ascending to the Temple. Christians also recall the New Testament story of the blind man that Jesus healed there (John 9:6-11).

But perhaps the most moving site of all is the newly unveiled Pilgrimage Road. A City of David publication explains, “Constructed over 2,000 years ago by King Herod, the Pilgrimage Road, running from the Pool of Siloam to the steps of the Temple Mount, served as the main thoroughfare of Second Temple Jerusalem and carried hundreds of thousands of people annually on the pilgrimages to the Temple.” Certainly, Jesus would have been among them.

Disputing the UNESCO declaration may be worthwhile, but unlikely to change the minds of Israel’s most ardent detractors. Far more meaningful, to people of faith – both Jewish and Christian – are recent archeological discoveries verifying numerous biblical accounts. They affirm what believers have always held to be true: Holy Scriptures are far more than collections of random religious anecdotes and aphorisms.

The Bible contains historical accounts of real people who lived in the real world. They were alive during specific times, in the midst of historically recorded circumstances. For today’s people of faith, these stories cast light on our own pilgrim journeys, and provide a closer connection to those who have gone before us. They gift to us the stories of their faith, in both misfortune and triumph. And in today’s troubled world, their lives serve as an inspiration, “…since we are surrounded by such a great cloud of witnesses…let us run with perseverance the race marked out for us” (Heb. 12:1).

Lela Gilbert is a Fellow at Hudson Institute, working with both the Center for Religious Freedom and the Center for Islam, Democracy and the Future of the Muslim World. Author of the critically acclaimed “Saturday People, Sunday People: Israel through the Eyes of a Christian Sojourner,” she writes about ever-increasing global religious persecution; the expulsion of Jews from Muslim lands in the mid-20th Century alongside today’s genocide against Christians in those same countries and beyond.