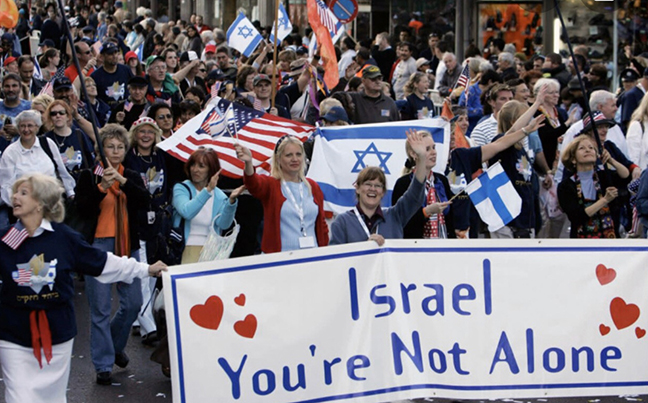 There are many reasons Evangelical Christians often dedicate themselves to Israel and support the country’s well-being with their prayers, visits and philanthropic dollars.

In addition, for many Christians in the United States who have become involved in supporting Israel, they come to recognize Israel’s strategic importance to the U.S. as America’s most reliable ally in the Middle East and that Israel is a sister democracy worthy of their support.

And now this attachment to Israel is moving into the economic sphere.

“Around 650 Christian businessmen from 50 countries, including the U.S., Europe, China and India, are set to come to Israel early next month to learn how local technologies are impacting the world and to seek business opportunities,” the Times Of Israel website reported.

Of particular significance is this comment: “Most of the participants are pro-Israel Evangelicals who run businesses ranging from small to those with billions of dollars in annual revenues, and who want to tap into the Israeli business and tech ecosystem.”

Especially gratified to hear the news was Avi Zimmerman, president of the Judea and Samaria Chamber of Commerce and Industry, who is one of the driving forces behind promoting economic partnerships between Israelis and Palestinians living in the West Bank. Zimmerman, a Jewish resident of the Samaria city of Ariel, is working with Palestinian partners. This breakthrough initiative has been assisted by the US Israel Education Association which is based in Birmingham, AL.

“I look forward to attending this gathering with one of my Palestinian associates,” said Zimmerman. “Business is a common global language that allows both individuals and societies to communicate effectively.

“This initiative also has drawn attention as a healthy response to BDS (an anti-Israel economic warfare movement), but its primary value lies in the nature of the platform. By engaging Christian business leaders with Israeli business leaders a relationship characterized by mutual respect and mutual benefit ensues,” notes Zimmerman, who for years has played a role in building ties between Ariel and Evangelical Christians in the U.S.

“The upcoming initiative is parallel to the Judea and Samaria Chamber of Commerce’s integrated business approach, which develops opportunities for mutual productivity between the region’s Jewish and Arab residents,” he adds.

Ties with the millions of Christians who are Biblically-inspired to support Israel and befriend Jews are becoming increasingly important to Israel as it faces complex political and military challenges and anti-Semitism continues to grow.

This latest development is welcome news.

Richard Friedman is completing a long career as executive director of the Birmingham Jewish Federation and will be joining Israel InSight magazine as associate editor Jan. 1.