The Forgotten Jewish Refugees, the Bible and the Return to Israel 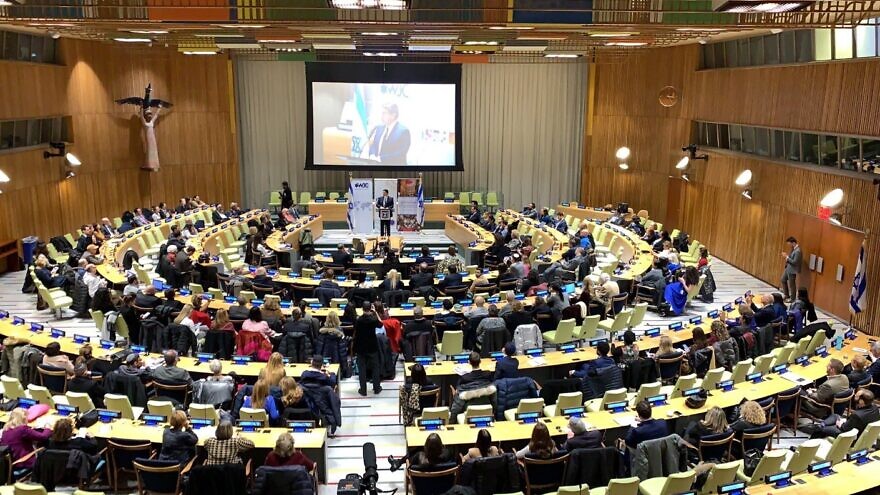 Arab refusal to accept the United Nations-sanctioned creation of a Jewish State and an Arab State in 1947 led to two refugee problems. One of them — the displacement of Arabs — has been festering on the international agenda for decades. The other — the displacement of Jews living in Arab states — is largely forgotten though, some would contend, it is of equal importance.

This is because Israel and the international Jewish community did not allow this issue to fester and did not exploit it for political reasons. Instead, these Jewish refugees were welcomed by the state of Israel and over the course of time integrated into the Israeli mainstream.

These facts were brought home once again by the recent annual commemoration of Jewish communities forced to flee Arab countries amid the anti-Jewish violence and anti-Semitism that erupted in these Arab countries in the wake of Israel’s rebirth in 1948 as a modern Jewish state.

“Every time the U.N. talks about the refugees of Israel’s war of independence, they speak only of the Palestinian refugees. The fact is there were two populations of refugees, and we must not allow that fact to be forgotten. Not only because we must honor those who lived through it, but because we must learn from it,” Israel’s ambassador to the U.N., Danny Danon, explained at the event, which was held at the U.N. to emphasize this point.

“With the United Nations adopting the Partition Plan (in November 1947) riots broke out across the Arab world against Jewish communities. Jewish shops and synagogues were ransacked and burned, hundreds of Jews were killed and thousands were imprisoned,” explains the Israeli Ministry of Foreign Affairs. The Partition Plan, which would have created two states — one Jewish, one Arab — was rejected by the Arab countries.

In the 1950s, Jewish Federations throughout North America, including those in the South, raised funds to help Israel, then an under-resourced country, absorb these arriving Jewish refugees, a process that took decades. At the time of Israel’s rebirth, it was a tiny country of 600,000 Jews who, with the assistance of Jewish communities abroad and other funding sources, welcomed 750,000 Jews fleeing Arab countries.

In the 1980s, this continuing absorption and integration program was enhanced by a new initiative called “Project Renewal,” a special targeted effort that linked Jewish communities abroad with specific municipalities in Israel, mostly made up of Jews who fled Arab lands and their descendants.

Through this effort, the Birmingham Jewish Federation, for example, was paired with Rosh Ha’ayin, a town made up of Jews who arrived from Yemen. This partnership planted the seeds for an eventual transformation of Rosh Ha’ayin into a thriving Israeli city.

The ingathering of these Jewish exiles and their return to their Biblical homeland also holds great spiritual significance for many Christians who support Israel and for religious Jews as well. Both faith groups see the ongoing return of the Jewish people to the land of Israel as the fulfillment of prophecy contained in the Hebrew Bible.

And the Bible played a significant role in the ingathering of the Jews of Yemen, a community numbering 50,000. When Israeli planes came for them, they were reluctant to board because they had never seen airplanes before. Then, they remembered Isaiah 40:31, “they who wait for the LORD shall renew their strength; they shall mount up with wings like eagles.”

Israel continues to maintain that any final resolution of the conflict must include taking the travail of these Jewish refugees into account. The U.N. historically has only focused on Arab refugees, many of whom left what would become Israel at the urging of their leaders. Those leaders promised that the newborn Jewish state would be destroyed and the Jews “would be pushed into the sea,” and they could then also claim the Jews’ property and possessions.

That, of course, did not happen, and today Israel is a strong and vibrant country — thanks in part to the contributions of the descendants of Jews forced to flee from Arab countries.

Among those speaking at the U.N. event was Sarah Idan, a former Miss Iraq whose citizenship was revoked after she posted a photo with Miss Israel. “Sadly [a] 3,000-year chapter of Jewish life in Iraq, along with the larger Middle East and North Africa, came to an abrupt and traumatic end — and much of this is the result of anti-Semitism,” she said.

As Danon said, “Although the Jewish refugees did not forget their heritage and how they were forced out of their homes, unfortunately, the international community did.”

(Richard Friedman is concluding a long tenure as executive director of the Birmingham Jewish Federation and on Jan. 1 will join the staff of Israel InSight as associate editor.)