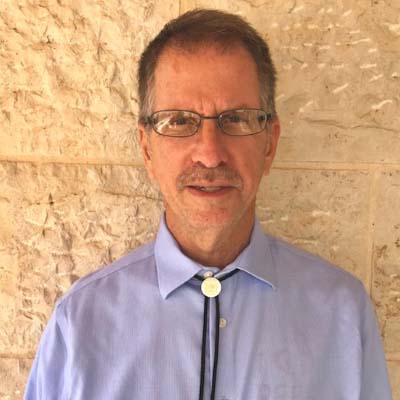 (JNS) — Israel and many Jewish organizations around the world have responded strenuously to counter the Boycott, Divest and Sanctions movement. They have taken a strong defensive position, arguing that Israel is being unfairly singled out. But how has Israel fared, and what is the best long-term strategy to combat anti-Israel boycotts? There is a case to be made that, thank God, Israel has fared well in many sectors, and that the best long-term business strategy may be to increase labeling and sharing successes.

There are between 550 and 630 million evangelical Christians worldwide, most of whom are active supporters of Israel. Add to that a host of other nations and religious groups which support Israel, including most Jews. In the ’60s American Jews and supporters of Israel went out of their way looking for the “Jaffa” label on oranges in order to support Israel. The same sentiment is alive and well and today, and could grow stronger. Depending upon the product, it may actually be increasingly advantageous to identify products as “made in Israel.” Think of BDS as “Buy Directly from Samaria.”

As important as it is to disclose where a product is made, equally of interest is to know where it was developed or invented. According to Michael Eisenberg, leading venture capitalist with the ALEPH group, the BDS movement has actually helped “highlight Israel’s innovation efforts on behalf of all humanity.” He believes the need to help motivates Israeli entrepreneurs. “BDS is anti-Semitism and the best way to counter it and its hatefulness is through innovation and caring,” he said.

In a backhanded way, the BDS movement has focused attention on Israeli ingenuity and its positive impact. Increasing knowledge of what Israel is developing and increased labeling of Israeli products may actually build greater connections and support.

What about energy labeling? Who could have predicted that Israel would be exporting natural gas? Israeli solar and geothermal technology provides critical renewable energy around the globe. On the flip side, those who support Israel may not want to purchase energy from countries sworn to its destruction. The implications of full disclosure in the energy sector would seem to help Israel’s economy and present a challenge to those governments who threaten us.

There may be long-term benefits should Egyptian and European gas customers see a note on their monthly statements identifying Israel as the source country. It may help normalize relations. Oil is often traded on the high seas based on real-time demand at refineries around the world. Nevertheless, if companies better labeled and publicized their sources, realizing this could impact how oil is traded, perhaps it could have an impact.

More disclosure would also help combat the core BDS argument. The typical anti-BDS argument is defensive, boiling down to “Israel’s really not that bad” when compared to many other countries. Israelis as well as Jews around the world should want something much better than this. How about “Israel is a role model that other nations should emulate”?

No country rushes to aid nations in need the way that Israel does. No other country provides heart surgery for children from all over the world, many from hostile countries. No country would bending over backwards the way Israel does to help a population the leaders of which are actively seeking its destruction. No country in a similar situation would be providing energy and water to Gaza, or funding transportation and infrastructure projects in Arab communities in Judea and Samaria.

The vast majority of employment for Arabs living in Judea and Samaria is on the Israeli side of the security barrier. For example, many are Israeli-trained doctors, nurses and pharmacists. As time goes on, there will likely be an increasing number of Arab citizens who will be willing to proudly speak up without fear of reprisal and tout the benefits of living in Israel.

The Prime Minister’s Office can also effectively support both offensive and defensive long-term disclosure strategies. For example, if a country in Europe were to consider a national boycott policy against Israel or parts of Israel, can the prime minister appeal directly to Israel’s supporters, for example, evangelical Christians across the globe, to support Israeli products made in those areas?

Israel may underestimate its friends’ willingness to help and what harnessing their buying power could mean.

Fighting BDS is important. Israel and its supporters may want to press forward with at least as much effort in an offensive long-term strategy. Increased labeling and disclosure can provide important results for Israel.

Gary Schiff was the energy program leader for the U.S. Forest Service, which manages renewable and non-renewable energy operations on 10 percent of the continental United States. He consults on natural resource opportunities between Israel and the United States.