Trump’s plan says Move On: Palestinians won’t be happy with any plan short of Israel’s elimination 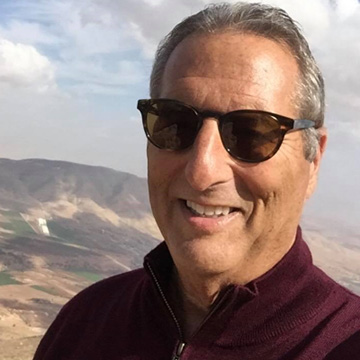 (JNS) — The Trump administration just released its long-anticipated “deal of the century,” which it optimistically titled, “Peace to Prosperity:  A Vision to Improve the Lives of the Palestinian and Israeli People.” The proposal was immediately embraced by the Israelis and rejected by the Palestinians. In fact, Palestinian Authority leader Mahmoud Abbas had rejected the plan two years before its details were even finalized or made public, calling it a “slap in the face” in January 2018.

No sooner had the proposal been unveiled in a White House ceremony than it was condemned in countless op-eds, comments and tweets, written for the most part by people who had not even taken the time to skim the 175-page document. Because they had not read the actual proposal, most of these commentators lashed out with irrelevant and uninformed observations while, at the same time, missing the import of this groundbreaking vision for peace.

These critics overlook the undisputed fact that the Palestinians have never found any proposal for the creation of their own independent state to be acceptable. They have turned down six such proposals over the past century (1937, 1948, 1967, 2000, 2008, 2015). The current plan is their seventh chance to create their own sovereign state. Was there any reason to think they would find this proposal any more acceptable than previous ones?

By now, it is apparent that the reason the Palestinians have turned down these proposals is that (unlike their liberal supporters in the West) they do not want a two-state solution to the Palestinian-Israeli conflict. They seek — and always have sought — the “liberation” of all of “historic Palestine,” which includes present-day Israel. If there was any doubt about that, just listen to the Palestinians’ present-day chant for the liberation of Palestine, “from the river to the sea” (from the Jordan River to the Mediterranean Sea, meaning both the West Bank and all of present-day Israel).

The Palestinian rejection of the current plan, therefore, should come as no surprise. The only plan the Palestinians would find attractive would be one that included Tel Aviv and Netanya — in short, Israel. It seems that, like an obstinate child, the Palestinian leadership is prepared to hold its breath until this fantasy magically materializes.

(Let’s not forget that the plan does contain some features that would seem pretty attractive to any other stateless people in the world, such as a sovereign independent state and a $50 billion economic development plan, which could create a million jobs in the West Bank and Gaza, reduce Palestinian poverty by half and double the Palestinians’ GDP).

Moreover, these critics apply the wrong standard to judging a proposed Middle East peace plan. The standard should not be whether it is attractive to the Palestinians — a bar that will never be reached. Rather, the test of any plan should be whether, after a century of failed peace offers, it moves the conflict towards some kind of resolution.

This is where the current plan brings a sense of fresh air and a recognition of reality to the arid landscape that the Middle East “peace process” has become. The current proposal acknowledges two fundamental shifts on the ground.

First, the geopolitical considerations in the region have dramatically changed, as moderate Arab states have come to realize that Iran, not Israel, is their primary enemy. In that conflict, Israel is not a foe, but a potential ally. This was reflected in the fact that several Arab nations, including Bahrain, the United Arab Emirates and Oman, sent representatives to attend the White House unveiling of the new proposal — a move that would not have happened without the tacit approval of Saudi Arabia.

Second, and most significantly, unlike previous proposals, in which the Palestinians were given an absolute veto with no penalty for repeated intransigence and rejectionism, the current plan proposes rewards for those who participate in the process and significant losses for those who don’t. Here, the Trump administration has given Israel the green light to extend Israeli sovereignty to certain Jewish settlements in the West Bank if they accept the plan and the Palestinians refuse to participate in further negotiations.

While any such “annexation” may be delayed by the need to coordinate such a move with Washington, it nonetheless will happen. With American support, what was once a right-wing dream could become reality in short order. For the first time, the Palestinians will learn that time is not on their side and that they will pay dearly for their constant rejection of legitimate and meaningful peace proposals.

Finally, the plan recognizes another fundamental reality regarding the Middle East: The 100-year Arab-Israeli war is over, and the Arabs lost. Despite launching three wars (1948, 1967, 1973) and after years of terrorism including riots, suicide bombings, hijackings, stabbings, stonings and rocket attacks, the Arabs have failed to advance their agenda one iota. The Trump plan recognizes that they should not be given endless opportunities to achieve their goal of a Jew-free Palestine, and that, like all losers in wars, they cannot dictate the terms of their defeat.

The Arabs have made numerous attempts to eliminate the Jewish state. They have failed. They have lost. No more Mulligans. The world recognizes this and is ready to move on. The Trump plan provides a “vision” for doing so. This is what its critics are missing.

Steve Frank is an attorney, retired after a 30-year career as an appellate lawyer with the U.S. Department of Justice in Washington, D.C. His writings on Israel, the law and architecture have appeared in publications including the Washington Post, the Chicago Tribune, the Jerusalem Post, Times of Israel and Moment magazine.