The core values divide: Why so many young people can’t fathom the concept of Israel 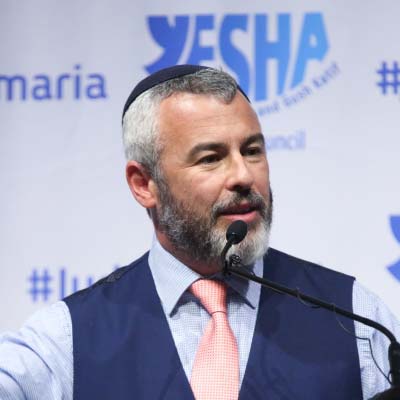 (JNS) — As world leaders gathered in Jerusalem last month to remember Auschwitz and commemorate 75 years since its liberation, I was sitting in my office in Hebron with two Germans. These two young men, aspiring journalists, had already published in some of Germany’s most prestigious newspapers, and were enjoying a semester at Hebrew University in Jerusalem. They had come to Hebron to see the Arab-Israeli conflict for themselves — and today was my day to lay out the case for the Jewish “settlers.”

We talked about the issues of the day, including the Auschwitz commemoration and the speech by German President Frank-Walter Steinmeier in Jerusalem. Then, I laid out the history of Jewish Hebron, and talked about the surprisingly good relations between the city’s Jewish community and some of its Arab clans.

However, one question kept coming up, repeated in various forms: Why are you really here? Why is Hebron important to you? Why would you live in a dangerous neighborhood where you are not wanted?

I told them that Hebron is key to Jewish identity because the city contains the first property purchase of the Jewish people in the land of Israel. I told them about the special significance of the Tomb of the Patriarchs, the founders of Jewish peoplehood, and about the uninterrupted Jewish presence in Hebron since ancient times. I went through the classic answers. Yet it became clear that my German guests were genuinely not grasping what I was saying.

In my experience, this incomprehension of Jewish yearning for the land of Israel is a recurring phenomenon with young Europeans — the standard answers about Zionism simply do not compute for them. One can chalk it up to classic anti-Semitism, but that explanation does not satisfy; these young men did not grow up with the Jew-baiting memes of old Europe.

So, I decided to change tactics and deal with the real issue head-on, namely that the young Europeans and myself seemed to be speaking two different languages. I began by explaining that there are three pillars upholding the rationale for Israel: biblical history, nationalism and the memory of the Holocaust.

The Bible is dead

To understand Israel you need to have a clue about Scripture. The Bible can be seen as a religious text, a historical text, or both, but however you see it, the Bible describes a deep and natural connection between Jews and the land of Israel. In the mind of a biblically aware person, the word “Hebron” conjures up the story of Abraham’s purchase, of Jacob’s burial, of King David’s first capital and more. For people like Israel’s first prime minister, David Ben-Gurion, though he was not religiously observant, the Bible, a book which tells of Jewish life in the land of Israel and multiple accounts of exile and return, was the foundational document of Zionism.

But for many Europeans, the Bible is meaningless. They don’t know it at all, and certainly don’t believe in its veracity as either a historical document or religious text. In the mind of my young German journalist friends, quoting the Bible is like reading from a Middle Ages book of magical spells. At a minimum, they see it as irrelevant, at most as utterly regressive.

Today’s Europe is post-religion, and the dramatic decline in church attendance in Europe is well documented. Anything that smacks of God-talk is suspect, and tales of the Hand of God protecting the Hebrews is anything but convincing.

In 1917, the British Lord Arthur Balfour, author of the famous Balfour Declaration, was a devout believer and a Bible-lover. His efforts were deeply informed by the consciousness of the Bible. But in today’s Europe the Bible is dead, and with it a huge pillar of the pro-Israel rationale.

The second pillar of the Jewish state is nationalism. Israel is a nationalist endeavor — an ethnic people living on ancestral land, speaking an ancient language and doing business with a proprietary currency and particular calendar. Modern Israel’s rebirth was linked with the post-World War I anti-imperial movement of “self-determination,” in which ethnic peoples fought for the right to organize as independent states in their homelands.

While Europe was a bastion of nationalism 100 years ago, that ideology has been replaced by today’s borderless, one-currency pan-European construct. A fixation on national history is seen as a hindrance to homogenization of the Continent. The very word “nationalism” immediately conjures up associations with National Socialism, that is, Nazism.

But Europe is notoriously post-family, post-children, and noticeably, post-replacement numbers. To talk to young Europeans about the Jewish state as the defender of the family, the tribe, or the nation is only to bring up regressive, as opposed to progressive, associations. With the death of the idea of nationalism in Europe, yet another pillar of the pro-Israel rationale has faded.

The Holocaust is dead

The third pillar of Israel’s existence is the Holocaust, or more accurately, Jewish oppression in exile throughout the ages, which culminated in the Holocaust. To understand Israel is to remember that the Jewish state was born in the shadow of “The Six Million” and with the consciousness  of “Never Again” — and therein lies Israel’s deep-seated need for a strong army and its ethos of self-defense.

Yet young Europeans were born into a reality of Israel as a strong country — even a military power — and certainly not a victim. Additionally, they have been taught, at one level or another, that Israel is a foreign colonialist aggressor against the weak, indigenous Palestinians. For them, Israel is not a small Jewish commonwealth in the midst of a huge hostile Arab world, but rather Israel is the proverbial brutish Goliath. Therefore, anchoring Israeli rights in self-defense, for example the need to control the highland of Judea due to strategic considerations, tends to fall on deaf European ears.

And what of the European Holocaust itself — which happened not so long ago? Do young Europeans see it as a rationale for Israel? Hardly. They wish it would just go away — and indeed, who would want to carry around that blame?

Moreover, there is an intricate psychological mechanism by which the European feeling of guilt over the Holocaust transforms into a desire to recast Israel as an oppressor. As if to say: See, the Jews themselves are victimizers and the moment they have the power they act like Nazis. The Jews are no better than us, and we are no worse than them.

Without necessarily trying to broadcast it, the Jewish state is a biblical throwback and an ethnic-nationalist state and therefore stands for Bible and God, nationalism and family, self-determination and self-defense. Even the majority of the Israeli left espouses most of these core values.

Europe, on the other hand, is post-God, post-nationalism, post-family and post-Holocaust — and is therefore understandably at odds with the very concept of Israel.

Moreover, Europe is not just Europe. It is a mindset that can be found across the ocean in places like The New York Times, and on many American college campuses. For them, the Bible is no rationale at all, nationalism is repugnant and Israel is the aggressor, not the victim.

The enemies of Israel seek to exploit and enhance this Euro-mindset by creating an atmosphere where the pillars of Israel are further undermined. According to their teachings, Israel cannot base its claims on an ancient book, Israeli nationalism is nothing but repressive colonialism, and claims of the Holocaust are grossly exaggerated — recognizable rhetoric to young Europeans.

Many Israelis and Israel proponents have identified some of these landmines and have tried to create language to bridge the gaps. Therefore the Jewish state’s image has gone through “nation-branding” cycles where Israel has been recast as the startup nation, gay capital of the Middle East and bikini-clad night-life destination. But these do little to mask Israel’s biblical and nationalistic character, and neither do they succeed in undoing the damage caused by the exploiters of the post-God, post-national Euro-mindset.

Sadly, the intellectual gaps between today’s Europe and Israel are unbridgeable — and there is not much to do about it. However, as the adage goes, a conservative is just a liberal who has been mugged. While Europe’s winds are to the left today, they are liable to swing back to the right in the future. Such is the case with the United Kingdom’s Brexit, for example, or the resurgent nationalism of Eastern Europe.

Unlike Europe’s current whim, Israel’s nationalism, biblical heritage and yearning for self-defense are age-old truths that will eventually overcome the intellectual vicissitudes of today. That is what I told my young German journalist guests. Did they like hearing it? Not exactly. But at least they got a straight answer and were no longer dumbfounded as to why they can’t understand why Jews fight to live in Judea.

Yishai Fleisher is the international spokesman of the Jewish community of Hebron and an Israeli broadcaster.