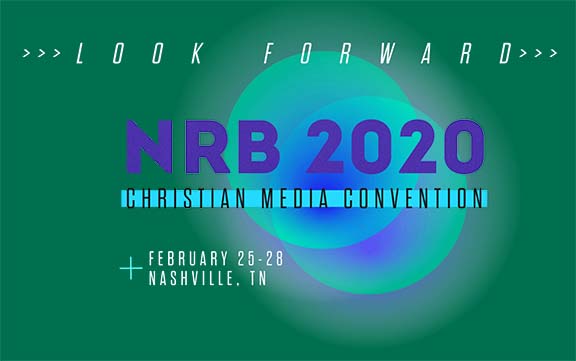 As thousands of Christian media professionals gather in Nashville this week for the National Religious Broadcasters Convention, Israel will have a prominent place.

The conference, which will be held from Feb. 24 to 28 at the Gaylord Opryland, will include a Breakfast to Honor Israel on Feb. 26. Sponsored by the International Christian Embassy Jerusalem, Combat Anti-Semitism and NRBTV, the breakfast will feature Gary Bauer, president of American Values, and Washington Director of Christians United for Israel Action Fund. He is also on the U.S. Commission in International Religious Freedom.

“The NRB Breakfast to Honor Israel will be a special time to recognize the significance and role of Israel in the past, present, and the future,” said Troy Miller, Interim CEO of NRB. “We want to honor this nation, whose roots tie into the core of the Christian faith and identity.”

During NRB’s annual Convention in 2019, the association’s Board of Directors adopted a resolution in support of Israel for the fifth consecutive year. In the resolution, “In Support of Israel,” the board called upon NRB members “to pray for the peace of Jerusalem, and for God’s protection over all of Israel;” thanked the Trump administration “for recognizing the rightful place of Jerusalem;” affirmed that “democratic principles embraced by Israel promise Christians and others seeking freedom in that turbulent region hope for peace and liberty;” called on the “United States to continue to stand steadfastly by Israel, even as others malign, abandon, or attack her;” and called on “Christian denominations, churches, organizations, and other communities to reject and guard against the dangerous Boycott, Divestment, and Sanctions Movement.”

“It is critical that Christians stand in support of Israel in these precarious times, keeping in prayer for the nation and her people,” said Miller.

On Feb. 27, Proclaiming Justice to the Nations will hold a press conference to promote Christian support of Israel and the fight against antisemitism.

Laurie Cardoza-Moore, who founded the Tennessee-based group, said “we have invited the top names in Christian media from around the world to be there and we have assembled a panel of top national and international experts to focus specifically on how we, as Christians, can ‘win the media war’ on antisemitism.”

Jan Markell, whose weekly program “Understanding the Times” is heard on almost 900 radio stations, will be the featured guest speaker at the PJTN event. She will also receive the Tree of Life Award from PJTN, which goes to “the individual who best represents the support of Israel and the Jewish people from their platform in the public forum of media and broadcast.”

Cardoza-Moore said Markell “has fearlessly and faithfully proven herself to be an invaluable friend to both Israel and to the work of PJTN.”

American Friends of Magen David Adom will also be on hand to demonstrate its new dispatch center technology at a breakfast sponsored by Bott Radio Network, as well as publicize two emergency response programs. The Church Emergency Response Network helps religious institutions be prepared if a disaster were to happen onsite. The First 7 Minutes program teaches civilians how to respond in the first seven minutes of an emergency. Magen David Adom has conducted this training in several countries, and recently started training in Jewish communities in the United States.

Among the other exhibitors at the event are Christian Friends of Yad Vashem, Emunah Israel and the Israel Ministry of Tourism.