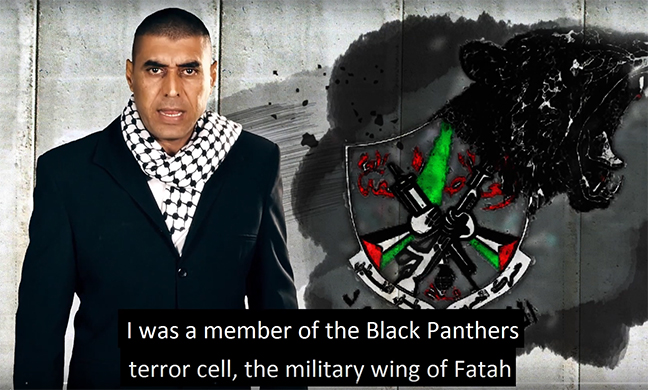 (Israel InSight) — In a new video, Palestinian Authority terrorist-turned-peace activist Mohammed Masad says the “occupation” is one of the biggest lies and scams in the world.

The video was released by Canadians for Israel’s Legal Rights and Im Tirtzu, which are working together on “Debunking the Occupation Lie,” a notion that undergirds the boycott-Israel movement and antisemitism around the world, especially on college campuses.

“The utterly baseless notion that Israel occupies ‘Palestinian land’ is one of the most pernicious lies used to discredit, demonize, and delegitimize the Jewish state and the Jewish people,” said Im Tirtzu. “It is critical to explain the simple truth that Jews are indigenous to the Land of Israel.”

In the video, Masad asks “what occupation?” while contending the concept is “a business, a way to make money,” that radical-left organizations and the Palestinian Authority keep going so they can “profit from the blood of my people and from the blood of the Israeli people.”

Masad was born in the village of Burqin, near Jenin. He became part of the Fatah Black Panthers terror ring that did numerous terror attacks against Israel in the 1980s and 1990s. After a failed attempt to abduct an Israeli soldier near Beit She’an in 1991, he was arrested and jailed by Israel.

He explained, “I wanted to kill all the Jews. I wanted to purge the entire country of Jews, but I ultimately realized that this wasn’t a ‘liberation movement’ or even a movement to help the Palestinian people” or bring about a Palestinian state. He renounced terror and advocates for peace.

He says the radical Left organizations “have inflicted the most suffering on my people” along with their partners in the Palestinian Authority. He referred to them as “the corrupt mafias who use the so-called ‘occupation’ for their own personal profit.”

Neither group is interested in a solution, but want the conflict to continue so they can continue to make money, he said.

Masad said the only occupation is that “of the corrupt Palestinian Authority.”

While hundreds of thousands of Palestinians know he is saying the truth, they would be killed in the street if they repeated it, he said.

He urged the activists, “Go find yourself some real work… let my people be free” and live in peace with Israel.