At GWU’s School of International Affairs, Miseducation on Israel 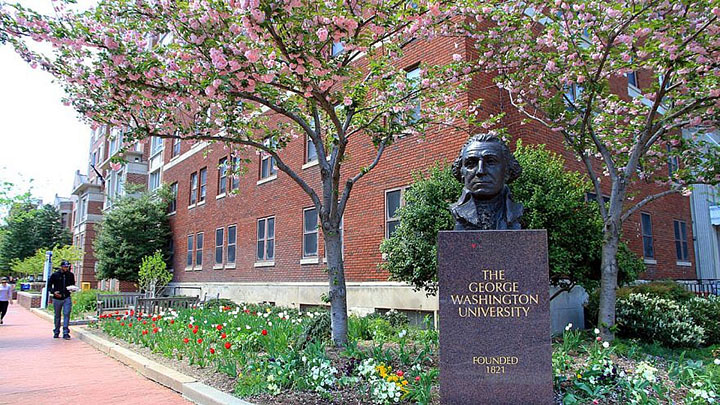 The coronavirus has wreaked havoc on higher education, but the damage will likely be short-term. A far greater danger is the moral and intellectual bankruptcy of academia, where many faculty and administrators responsible for providing an education and teaching ethical values seem incapable of distinguishing between right and wrong. Nowhere is this more evident than in their inability to recognize antisemitism or combat it.

The latest example comes from George Washington University in Washington, DC. GWU, along with neighboring Georgetown, are two of the most important schools for training current and future diplomats, national security officials, and other professionals who engage in foreign policy-related work.

According to the website of GWU’s Elliott School of International Affairs, the school “prepares nearly 3,000 students each year for meaningful careers in international affairs.” Its mission is to “develop the next generation of leaders: leaders with knowledge, character, and skills” and “to engage the public and the policy community in the United States and around the world, thereby fostering international dialogue and shaping policy solutions.”

Any school of international affairs would be expected to educate students about America’s allies, and to engage with their leaders and institutions. One of those allies is Israel. In fact, it is hard to imagine taking seriously anyone who claims an expertise in foreign policy who does not have knowledge about a country at the center of our Middle East policy, and a significant actor in the region’s affairs.

So how do we explain the university’s decision to appoint — as the interim dean of that school — an advocate of the antisemitic Boycott, Divestment, and Sanctions (BDS) movement?

The appointee, anthropology professor Ilana Feldman, was one of the leaders of the unsuccessful campaign to convince the American Anthropological Association to adopt a boycott of Israeli academics and institutions. According to one report, Anthropologists for Justice in Palestine posted a video in which Feldman said the boycott was “meant to speak to Israelis and to point out to them that there are consequences to the actions of their state, which is actions that they have supported.”

Her values are the antithesis of the Elliott School’s mission, and the cause she espouses is antisemitic.

Think about it. The person in charge of a school of foreign affairs does not believe academics should engage with their colleagues in Israel. While Middle East experts study how to promote peace between Israelis and Palestinians, she supports a movement that ultimately denies Israel’s right to exist.

Also, what kind of an example does it set to have someone lead the school who appears so ill-informed about history and committed to spreading anti-Israel propaganda?

In an interview, for example, she said, “Israel’s oppressive policies towards Palestinians under occupation, discrimination against Palestinian citizens of the country, and denial of the rights of Palestinians displaced in 1948 and 1967 not only continue, but have become more extreme in recent years. Efforts to change these conditions within the framework of the so-called ‘peace process’ and under the banner of dialogue have failed miserably.” She added her dissatisfaction that “the United States, and therefore American citizens, are deeply complicit in Israel’s violation of Palestinian rights, because of the enormous sums of money that our government provides Israel every year and because of the nearly unwavering support it gives Israel in international forums.”

This is a person GWU said was qualified for the position because of “her ‘meticulous research’ exploring the condition of Palestinians in the Middle East.”

Feldman also claimed that criticisms of the antisemitic BDS movement are often “hateful, attempts to frighten people into silence” and that opponents engage in “spurious charges of antisemitism, threats to individual careers (especially of vulnerable junior scholars), and threats to withhold donations from the institutions where critics work.”

The university’s initial response to criticism was hardly reassuring. Feldman, it said, “remains committed to continuing to understand, learn and contribute to both scholarly and public conversations about the Palestinian condition.”

As the uproar over Feldman’s appointment escalated, University Provost and Executive Vice President for Academic Affairs M. Brian Blake said, “The university’s policy on the BDS movement is very clear — GWU does not support divestment or other actions called for by BDS.” Blake tried to reassure critics that all “members of the administration — including those in an acting or interim capacity — are required to comply with all University policies or actions, including those on BDS, and foster an atmosphere that allows all voices to be equally heard.” He added, “We do not tolerate discrimination in any form, including antisemitism and racism. We believe in an inclusive and robust community that respects all points of view. These values are intrinsic to the GWU community.”

How do you square the claim that the university does not tolerate antisemitism with appointing a dean who supports a movement that is antisemitic?

Part of the BDS movement’s strategy is to place its supporters in influential positions and to corrupt academia and its professional associations. We have seen over the decades how, for example, the field of Middle East Studies has been debased. In many programs, Israel is either ignored as if it is not a part of the region, or only viewed negatively. Junior faculty know that deviating from the anti-Israel catechism might threaten their careers.

No wonder BDS supporters such as Jewish Voice for Peace, Palestine Legal, and some members of J Street U are cheering Feldman’s appointment.

To determine her fitness for the position, Feldman should be asked the following questions (they should have been asked before her appointment based on her BDS advocacy):

Her answers should determine whether she should remain as interim dean or be removed.

Mitchell Bard is a foreign policy analyst and authority on US-Israel relations who has written and edited 22 books. 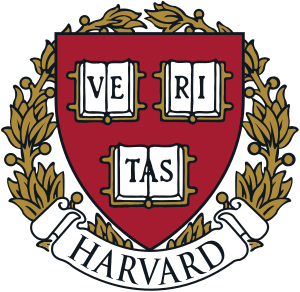 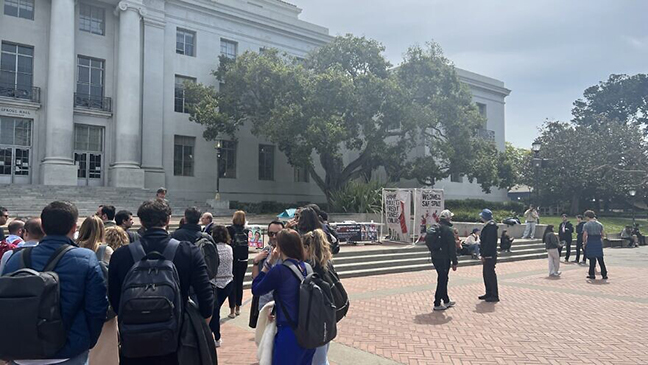