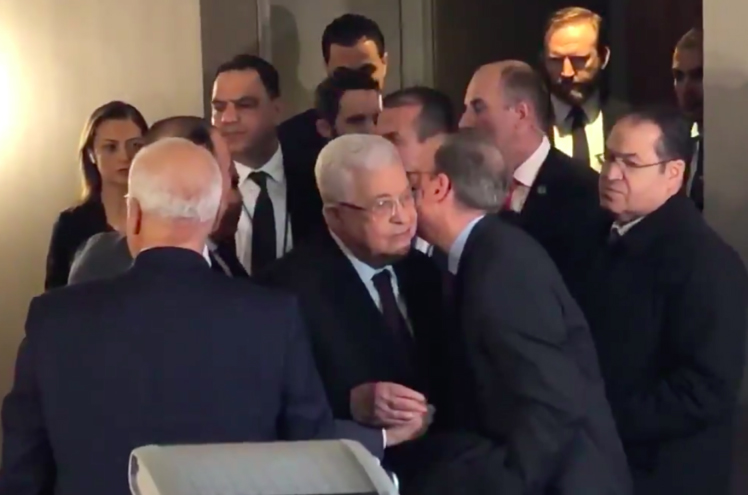 (JNS) — At the forefront of pro-Israel efforts stand our community’s most valiant and valuable assets: students. I need not highlight the battle that pro-Israel students face in classrooms across the United States, Canada and Europe. Nor does one need to look far to find pro-Israel students attacked, denigrated and bullied.

What many do not know, however, is that a great deal of the harassment that pro-Israel students face comes from within the Jewish community itself. It’s time to call it out.

The main instigators of this divisive aggression: groups like Jewish Voice for Peace, IfNotNow and J Street. On college campuses across America, members of these organizations tokenize their identity to support and justify BDS (boycott, divestment and sanctions) legislation, all the while attending anti-Israel rallies and events (often sponsored by groups such as Students for Justice in Palestine), and slandering Israel before uninformed members of student governments and student bodies at large. These groups also work to sabotage historically strong ties that bind Israel and the Jewish, African-American and LGBTQ communities.

Are they really pro-Israel?

It is important to recognize that not all members of J Street side with BDS and anti-Zionists on campus. Some help fight BDS legislation on campus and stand up to anti-Semitism and anti-Zionism. All too often, however, J Street supporters actively vilify Israel-supporters and spend more time denouncing Israel than defending it.

A recent encounter I had with J Street U — the student organizing arm of the organization — vindicates this point. I messaged J Street U voicing my disappointment over misleading, and perhaps even libelous, information that it had posted on Instagram. I received the following response: “Hi Ethan! First of all, we know your camp friends, and are a little disappointed that they’d choose to befriend someone as politically misaligned as you are. Maybe try reading up on some regional history?”

It is deeply troubling that J Street U, in its official capacity, would reply to a high school student with a veiled threat (“We know who your camp friends are”) and a denigration. Labeling someone’s political views as “misaligned” is akin to distinguishing “good Jews” from “bad Jews.”

To imply that people should not be friends with me because of my political views — of which they are unaware — constitutes bullying. The snarky suggestion that I “read up on regional history” is an expression of self-righteous condescension.

This behavior is unacceptable, and the ensuing silence from J Street, an organization that prides itself in promoting justice, demonstrates its complicity. It is hypocrisy of the highest order.

J Street’s mantra of being “pro-Israel” and “pro-peace” may captivate and intrigue the unsuspecting young adult who supports Israel yet opposes the policies of Prime Minister Benjamin Netanyahu. But the J Street on paper is not the J Street in action. Its president, Jeremy Ben-Ami, shares a closer relationship with Palestinian Authority leader Mahmoud Abbas than with Netanyahu and most of Israel’s Knesset members. So much for justice. Abbas, after all, has victim-blamed Jews for their own Holocaust, while inciting violence against Israelis and paying salaries to terrorists and their families.

If J Street actually had the courage to advertise its true intentions, as well as Ben-Ami’s relationship with Abbas, it wouldn’t attract many followers. If it actually highlighted the work its activists do to oppose anti-BDS bills, or its PAC contributions to politicians who openly support BDS, many of its admirers would immediately withdraw their support in disgust.

Indeed, if it were to display its work on campus to promote BDS, no genuine pro-Israel activist would or could join its ranks.

The Jewish community already has too many external enemies; it doesn’t need an additional internal menace. It’s time we put aside our differences and come together to fight anti-Semitism, anti-Zionism and actual injustice on campuses. As far as anti-Semites and those on a quest to render Jews stateless are concerned, there are no “good Jews” and “bad Jews.” There are just Jews.

The day will come when J Street and the rest of the anti-Zionists in the Jewish community learn to understand this inconvenient truth. Until then, we must root out divisions and mitigate the damage done to the larger fight we face as an organized pro-Israel community. Only then will we defeat the threats that face us.

Ethan Fine will be a freshman at Indiana University, where he plans to study economics and public policy. He spends his summers at Camp Ramah Darom and has been a tireless advocate for Israel throughout high school. You can follow him on twitter @fineethan or instagram @ethanfiine.

For student government, Jews and Zionists need not apply