The Seventh Day of The Six Day War 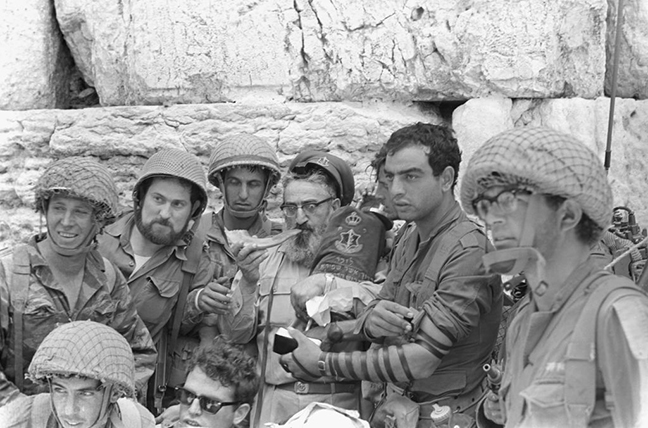 “The problem,” an older friend once said to me, “is that Israel is never allowed to win a war.”

This friend, who has been deceased for a while, made that comment to me about 15 years ago. Among other Israeli-Arab conflicts, he was referring to the June 1967 Six Day War.

During the fighting, the Israeli militarily warned Jordan’s King Hussein, who at that time controlled what is known as the West Bank, not to attack.  He ignored the warning, chose to attack and lost control of this strategically significant area, known to Biblically-inspired Jews and Christians as Judea and Samaria.

Still, even though Israel gained control of this sacred land, the Israelis offered it back to the Jordanians in exchange for peace, an offer that was rejected. So Israel for security and religious reasons began building Jewish communities in the West Bank.  Much of the world erroneously condemned Israel as an “occupier” (when in fact Israel was reclaiming land that once had been Jewish), and labeled the construction and growth of these communities (called “settlements”) as illegal.

Fast forward to today. In an historic transformation of U.S. policy, President Trump’s administration has put forth a peace plan that has opened the door for the government of Israel to extend Israeli law to Jewish communities in Judea and Samaria. This is a historic turning point, not only in substance but in concept.

It negates the idea that the onus is on the victor, Israel — despite regaining control of Judea and Samaria in a defensive war — to yield more and more land to accommodate Palestinian leaders who have continually rejected such peace offers.  The Trump approach acknowledges that Israel won the Six Day War, reclaimed parts of its Biblical homeland, and by every measure of history and legality is entitled to apply Israeli law to these long-disputed areas.

Will this application of Israeli law take place? We shall see. There are discussions occurring at the highest levels of the Israeli government right now and also in consultation with the U.S. What is certain is that the Trump administration has changed the dynamic considerably in the Middle East, highlighting clearly that it has been the Palestinians all along who have been intransigent, not the Israelis.

This is a profound shift which finally — 53 years after the June, 1967 Six Day War — might allow Israel, on what could be thought of metaphorically as the “Seventh Day of the Six Day War” — to emerge victorious, as the Jewish state applies Jewish sovereignty to sacred Jewish land that it reclaimed after being attacked by an Arab army that had been urged not to do so.