A Juneteenth Lesson For Zionists 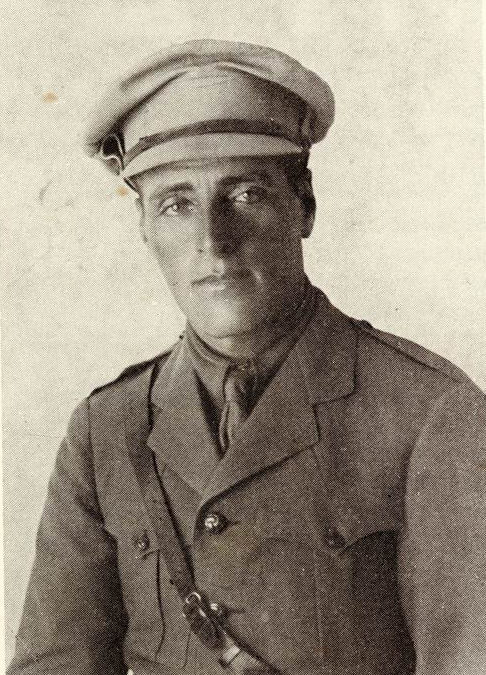 Juneteenth was celebrated more intensely by the African Americans community this year than ever before. And America as a whole took notice. The anniversary was successfully turned into a highly effective teachable moment. Zionists should learn an important lesson from this.

In today’s hypercharged environment, others are reevaluating how to best utilize their historical anniversaries to remind each other and the world at large about centrally important ideas. The right thing for us to do is to realize that we can and should do likewise.

We have not only the right but the obligation to regain a very important commemoration that we have lost. That is: the annual observance of Yom Tel Chai on the 11th of Adar.

Yom Tel Chai marks what is often considered the first armed battle that saw Zionists stand up and defend Jewish lives and property from foreign Arab attackers. This battle in the Upper Galilee was an attempt to repel Arab attackers who were seeking to destroy modern Zionism while it was still in its infancy.

The memories of Tel Chai, Trumpeldor, and those who were slain with him, were honored, treasured, and beloved as symbols of the pioneering age of Eretz Israel that blossomed in the years between the First World War and the Second by Zionist movements from across the gamut of political outlooks.

Earlier this year we failed to mark the 100th anniversary of the death of these first Zionist martyrs and the battle of Tel Chai.

Joseph Trumpeldor accomplished more in his tragically shortened life than is appreciated today. We can correct this. Let’s agree now to put in place plans to mark Yom Tel Chai in 2021 (Feb. 23) and every year thereafter to the fullest extent possible.

A century after his combat death, Trumpeldor stands out as one of the most important individuals who played a part in the founding and building of the State of Israel. He was a courageous soldier, a brilliant and indefatigable organizer, and a highly principled and selfless pioneer.

Born in Russia in 1880, Trumpeldor lost an arm during the Russo-Japanese War at the 1904/1905 Siege of Port Arthur. Taken off of the front-lines because of his injury, he pleaded with his commander: “Even though I have only one arm, it is my right arm, and my request is that I be given a sword and rifle to continue to fight.”

Later, Trumpeldor joined with the great Zionist leader Ze’ev Jabotinsky (1880-1940). They contacted the British army to propose that Jewish emigres be organized to fight alongside the British. The result was the Zion Mule Corps commanded by Trumpeldor. 550 Corps soldiers saw action in the Gallipoli campaign where they were given orders in Hebrew and wore a Star of David insignia. These men were the first Zionist soldiers comprising a Jewish military force in modern times. Trumpeldor was promoted to captain and strongly emphasized discipline and devotion among his soldiers. The reputation for courage and heroism that the Zion Mule Corps quickly earned was a testament to Trumpeldor’s success.

After his World War One service Trumpeldor returned to an Eretz Israel that was under siege.

On Jan. 22, 1919, Jabotinsky wrote to Chaim Weizmann, then the president of the World Zionist Organization, about the growing danger of Arab attacks against Jews.

Weizmann, it is believed, did nothing, except to declare that the British were on the side of the Jews.

Meanwhile, information reached Trumpeldor that the Arabs were preparing to attack the Jewish settlements in the Upper Galilee. The British had evacuated the area and the French had not yet taken over. Arabs from Lebanon were ambushing Jewish travelers and conducting raids against the Jewish settlements daily.

The situation was critical. Trumpeldor became the leader of the local defense group. He appealed for reinforcements but his appeals went unanswered. He warned Zionist leaders that Metullah was on the verge of being destroyed and that the settlements of Kfar Giladi and Tel Chai were also in great danger.

On the morning of March 1, 1920 (the 11th of Adar 5680) a group of several hundred Arab raiders made their first attack on the settlement of Tel Chai. A fierce battle erupted. At the height of the fighting Trumpeldor left his covered position and attempted to close the gate to the settlement. He was fatally shot. When his comrades found him, he smiled and said “Ein davar (It is nothing). I only want a bandage.” He then calmly directed the bandaging of his own wound.

“These are my last moments. Tell our comrades to defend the honor of our people until the last,” Trumpeldor said as he still directed the battle raging around him.

When a doctor finally arrived, he was too late to help Trumpeldor.

Trumpeldor’s last words were: “Ein davar, tov lamut be-ad artsenu.” (It does not matter, it is good to die for our land).

The city of Kiryat Shemona was dedicated to him and the other seven defenders who all lost their lives in 1920 in the effort to safeguard Zionist communities in the Upper Galilee. At the battle site a massive stone statue of a lion of Judah was built to mark his grave and became a national shrine that Zionist youth movements still visit annually. And that is a very good thing.

But this is not enough.

The story of Tel Chai should be made to be as inspiring as the Alamo is to this day to Texans. We should use Juneteenth as a blueprint for how to revive Yom Tel Chai as a holiday.

But, there is more. When we speak of Tel Chai we should remind the world that when Zionist pioneers were busy building in the Land of Israel 100 years ago, there were no Palestinians being displaced due to the fact that there was not a nation called Palestine in existence. And moreover, the Arab attackers were from Jabal Amel in southern Lebanon. Jews were not invading the Galilee. Zionists were farming on land they had legally purchased and owned. The actual invaders were Arabs from Lebanon.

Jabotinsky penned a poetic tribute to Trumpeldor that is well worth recalling:

In Tel Chai in the Galil

For our nation, for our country

Tell my brothers there

We should all seek to emulate Trumpeldor’s devotion to the Land of Israel. Renewing Yom Tel Chai’s proper place on the Jewish calendar can help us to do just that.