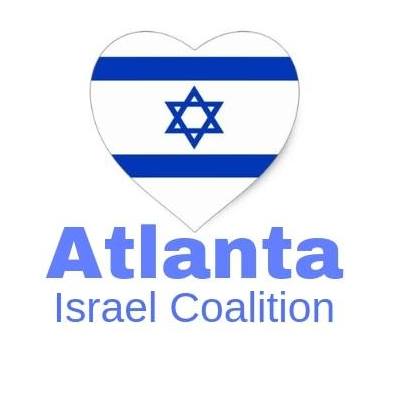 The Atlanta Israel Coalition, in partnership with a wide range of organizations, is presenting “Let’s Rise Up Together from the USA to Israel: A Virtual Solidarity Conversation on Racism, Antisemitism and Hate.”

The webinar will be on July 16 at 2 p.m. Eastern. Those unable to view it live can still register to get a link to a recording.

Washington is the director of the Institute for Black Solidarity with Israel. A composition graduate of the University of Pacific’s Conservatory of Music, Washington was formerly IBSI’s Director of Special Events, and planned music performances featuring The Hebrew Project Artists across the country. He is also a graduate of Christians United for Israel’s 2016 Diversity Outreach Mentoring Endeavor, where he received training in Israel advocacy for diverse audiences.

He was chosen to travel to Israel twice; once as part of CUFI’s millennial outreach, Israel Collective, and again as part of a music performance with Victor Styrsky’s Wild Branches & Friends. His other musical endeavors include writing for the Boston Pops, and music directing for other artists.

Wilson is a British-born Israeli tour guide, author, jazz musician and cartoonist. She is the survivor of a brutal machete attack that occurred while she was guiding in December 2010. Since the terror attack, she has spoken to audiences all over the world about her ordeal. In her role as representative of Palestinian Media Watch, she lobbies Western governments to end the foreign aid that rewards her would-be murderers.

Together with a Palestinian friend, she has created “The Yellow Brick Road,” an educational project that teaches Muslim children in a refugee camp emotional intelligence, empathy and courage. She is the author of “The Rage Less Traveled.”

Harbor, currently the Deputy Consul General at the Israeli Consulate in Miami, was born in Ethiopia. In 1991 at the age of 10, she immigrated to Israel with her family. She served as the Deputy Head of Mission at the Israeli Embassy in Wellington, New Zealand and in Yangon, Myanmar.

Johnson is a Martin Luther King Jr. scholar, a doctoral student in interfaith studies at the United Theological Seminary, and an Atlanta Israel Coalition interfaith partner. He is an ordained Baptist minister of 23 years, longtime civil-human rights activist, and former Alabama state representative. His grandfather was a co-founder of the Southern Christian Leadership Conference with Dr. Martin Luther King Jr. and Dr. Joseph Lowery, and Johnson recently wrote a piece for JTA about how white Jews can support Blacks now.

Johnson has worked closely with the Jewish community for 15 years, including with AIPAC, Birthright Israel, J Israel, Jewish Federation, MJCCA and Hadassah.

The coalition was founded in 2018 to unify the various pro-Israel groups in the Atlanta area.