Historic Israel-UAE deal could be just the beginning 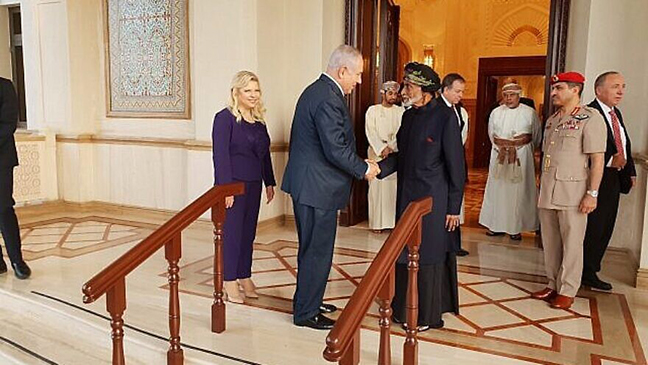 (JNS) — A joint statement by U.S. President Donald Trump, Israeli Prime Minister Benjamin Netanyahu and Sheikh Mohammed bin Zayed Al Nahyan — the crown prince of Abu Dhabi — announcing the “Abraham Accord,” a peace deal between Israel and the United Arab Emirates, is the first since Jordan signed such an agreement in 1994. What does this deal include, and what does it portend for the future?

Richard Goldberg, a senior adviser at Foundation for Defense of Democracies, told JNS that “the peace agreement paves the way for full normalization of diplomatic, trade and travel relations between Israel and the UAE.”

But this is apparently only the start of a broader relationship between Israel and the Persian Gulf states.

Trump hinted as such during his statement to the press when he said, “I think you’ll be seeing some very exciting things, including ultimately with the Palestinians.”

Netanyahu also hinted at future diplomatic ties during his press conference when he said, “I believe there is a good chance we will soon see more Arab countries joining this expanding circle of peace.”

Joshua Krasna, an expert on strategic and political developments in the Arab world at the Jerusalem Institute for Strategic Studies, as well as a senior fellow in the Foreign Policy Research Institute, told JNS that “over the last few years, there has been a slow, but steady buildup in relations between Israel and the Gulf states. Israeli businessmen have been going back and forth for a while, and Israeli ministers have attended conferences.”

“Since 2007, there has been a steady drumbeat of a message that Israel is improving its relations with moderate Arab countries,” said Krasna.

But the big change came in 2018 when Netanyahu went to Oman. At the time, there was a great deal of talk that a diplomatic breakthrough was expected imminently.

Still, Bin Zayed wrote on Twitter that the deal means “cooperation and setting a roadmap towards establishing a bilateral relationship,” which is much softer and more ambiguous language.

Saudi Arabia has ‘biggest decision to make of all’

The Arab Peace Initiative, a 2002 Saudi-led proposal that called for Israel’s full withdrawal from the disputed territories in exchange for normalization with the Arab world as a starting point, has now been tossed out the window as clearly normalization has now come first.

According to Goldberg, Saudi Arabia now has “the biggest decision to make of all.”

If presumptive Democratic presidential nominee Joe Biden wins the U.S. election in November, Goldberg said “there are pro-Iran, anti-Gulf voices in the Democratic Party who will work to cut off U.S. arms sales to Riyadh next year.”

If so, he noted, Saudi Crown Prince Muhammad bin Salman will be “worse off politically if the UAE has a peace treaty with Israel and Saudi Arabia doesn’t.”

Goldberg even warned in an Aug. 7 Newsweek article of the consequences for Saudi Arabia and the UAE if they don’t sign historic peace deals with Israel.

He wrote, “A Biden administration will be tempted to re-enter the Iran nuclear deal, returning to the Obama-era strategy of seeking a balance of power between the Islamic Republic and its Sunni Arab neighbors.”

He also wrote that “with Iran once again flush with cash from U.S. sanctions relief and importing advanced conventional arms from Russia and China, MBS [Bin Salman] and MBZ [Bin Zayed] will have only one true ally in the Middle East: the State of Israel.”

“Arab-Israel regional integration is critically important to isolate Iran,” he added in his comments to JNS. “Iran’s hold on the region will continue to weaken as its neighbors grow stronger both economically and strategically.”

With regard to Israeli military cooperation with the UAE, Goldberg said “this certainly opens the door for expanded bilateral military relations and perhaps even multilateral military exercises hosted by the U.S.”

‘A strong win going into the elections’

According to Krasna, this is a win for both the UAE and Israel as “the UAE can claim it got annexation taken off the table. Netanyahu can claim a major achievement on the wider Arab-Israeli conflict front.

As opposed to the joint agreement that says annexation has been “suspended,” Bin Zayed wrote on Twitter that “an agreement was reached to stop further Israeli annexation of Palestinian territories.”

During his press conference, Netanyahu emphasized that annexation is still on the table, and that he plans to go through with it.

Krasna said this is also a win for the United States as it gives Trump a major foreign-policy achievement ahead of the U.S. elections.

“It will give him a very strong win going into elections,” he said.

Circling back to whether other Arab-world nations might follow suit and sign peace agreements with Israel, Goldberg said that over the last few years, “most people thought Bahrain would go first since they led the way on warming relations with Israel.”

He predicted that Bahrain will be next to make peace with Israel.

“We should expect an announcement from Manama at some point soon,” said Goldberg, adding that he presumes other nations will follow suit. 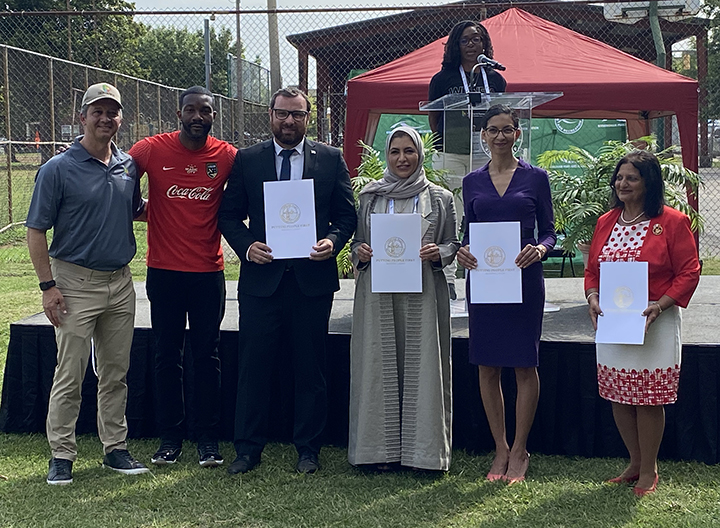