Sidelined by Stubbornness: More than a Missed Opportunity for the Palestinians 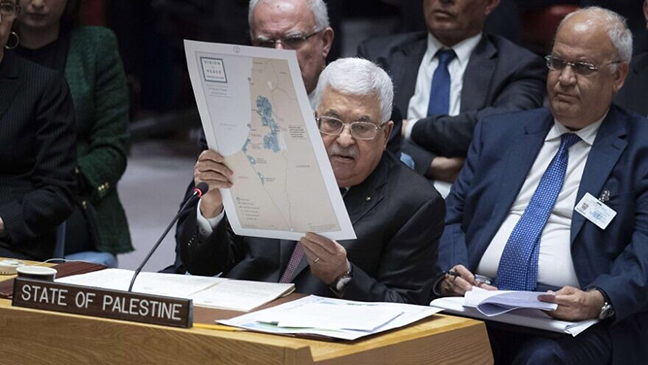 (JNS) — If you had any doubt that the era in which the Arab world would continue to grant a veto over Middle East peace to the Palestinians was over, this week’s drama in Cairo put an end to it. In a meeting in the Egyptian capital, the Arab League, an entity that was founded in 1945 in order to help coordinate the war on Zionism, has made it clear that it is opting out of the Palestinian’s century-old battle against the idea of a Jewish state.

The Arab League’s rejection of Palestinian efforts to condemn the United Arab Emirates’ decision to normalize relations with Israel is almost as much of a milestone as the agreement that was pushed by the Trump administration. The Palestinian Authority and their Hamas rivals raged against the UAE’s decision as a “betrayal.” But the Arab states will no longer be dragged into supporting such a pointless conflict.

Predictably, the Palestinians are reacting to their defeat not by drawing conclusions from events and rethinking their approach. Instead, they are doubling down on rejectionism and damning their one-time allies.

But they aren’t the only ones who should be assessing whether their ideas have been rendered obsolete. Americans who have spent decades trying to pressure Israel to enable a two-state solution that would end the conflict should also recognize that the reaction to the normalization agreement demonstrates that their assumptions about the Palestinians’ willingness to make peace have also been finally demolished.

That means that the establishment figures who hope to return to the helm of American foreign policy should former Vice President Joe Biden defeat President Donald Trump in November would also be well-advised to reconsider their plans to revive former President Barack Obama’s Middle East policies. The spectacle that unfolded in Cairo isn’t just a reaffirmation of Trump’s successful effort to bring Israel and the Sunni Arab states together. It’s a wake-up call for those who haven’t yet recognized that the boat has sailed on efforts to persuade the Palestinians to finally take “yes” or an answer when it comes to peace.

The quest for a two-state solution was the centerpiece of U.S. diplomacy for several administrations run by both Republicans and Democrats. Even Trump, whose “Peace to Prosperity” proposal changed the emphasis of the effort from pressure on Israel to an “outside-in” approach in which Arab states would persuade/bribe the Palestinians to give up their war on the Jewish state, had as its end goal two states.

The Palestinians rejected multiple offers of an independent state made by past administrations and wouldn’t cooperate even with Obama’s efforts to tilt the diplomatic playing field in their direction. So their refusal to work with Trump’s foreign-policy team was unsurprising.

But the kleptocracy that runs the P.A. and its leader, Mahmoud Abbas, were slow to realize the impact of Obama’s tilt towards Iran on Arab states that were more afraid of Tehran’s aggressive Islamist regime than they ever were of the Zionists. That led the Arab states to acknowledge that Israel was a strategic ally in their effort to repel Iran’s quest for regional hegemony, as well as a lucrative trading partner. That realization led not just to closer under-the-table ties between Israel and Saudi Arabia, but to Trump’s successful effort to persuade the UAE to make the decision to normalize relations with the Jewish state.

That led to this week’s Palestinian fiasco in which the same Arab League that voted the “three no’s” in Khartoum following the 1967 Six-Day War—no peace with Israel, no recognition of Israel and no negotiations with it—made clear it no longer has any use for a Palestinian national movement that is unable to make peace.

If the Palestinians were more interested in advancing their interests than in reaffirming their ideological opposition to the legitimacy of a Jewish state—no matter where its borders are drawn—they could have bargained with Trump. They could have taken advantage of the offers of aid that Arab states were prepared to make in order to subsidize peace efforts. That might have given them a state, as well as chance at a prosperous future.

But they were no more interested in peace in 2020 than they were in 2000, 2001 and 2008, when they rejected even more generous offers, or in any of the opportunities for peace they passed up over the years. Israeli statesman Abba Eban’s quip that the Palestinians “never miss an opportunity to miss an opportunity” has never been more relevant. The only difference between now and 1973 when Eban first spoke those words is that it is now Arab states that are saying it, not Israelis.

The Palestinians think they still have some allies. The European Union may be irrelevant to Middle East security issues, yet it can still help subsidize the corruption in Ramallah. And Palestinians can always turn to Iran and perhaps to Qatar, which has helped bankroll Hamas in the Gaza Strip. But a drift towards the radicals will only further damage a cause that most of the Arab world now recognizes is hopelessly out of touch with reality and modernity.

The question now is whether the U.S. presidential election will lead to a return to policies that have long enabled Palestinian rejectionism. There’s little doubt that Biden’s foreign-policy team would be staffed by those who cling to the myth that Palestinians want a state alongside Israel, rather than one instead of it.

Yet even the most dedicated believers in pressure on Israel to make suicidal concessions must now recognize that the Palestinians are incapable of making peace. Palestinian national identity is still inextricably tied to a futile war on Zionism in which they must concede defeat.

It remains to be seen if Democrats are as stuck in the past as the Palestinians. If American voters give them the chance, will they be so blinded by hatred of Trump that they will try to wreck the progress that he has achieved? If so, Arabs and Israelis, as well as the Palestinians who know their leaders are failing them, will be the ones to pay the price of such folly.