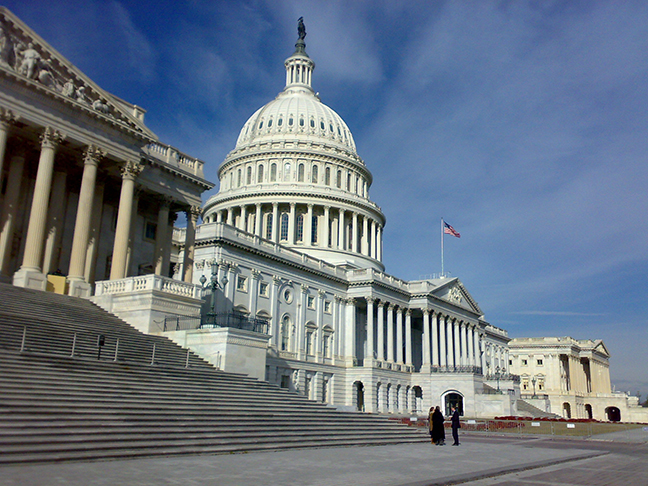 The headlines started spreading immediately on social media, trumpeting that on Sept. 16, 162 House Democrats voted against a measure that would fight antisemitism. The headlines tap into concerns that have been exacerbated in recent years over whether the Democratic party is serious in its declared fight against antisemitism while some Representatives deal in antisemitic tropes in their condemnation of Israel.

As with most things in Washington, what really happened is a bit more complicated.

The bill in question is H.R. 2574, the Equity and Inclusion Enforcement Act, which would allow private civil suits against programs that receive federal financial assistance when there are violations of anti-discrimination laws based on “race, color, or national origin.” It is an amendment to Title VI of the Civil Rights Act of 1964.

Introduced in May 2019, the bill reverses a 2001 Supreme Court ruling that private citizens could not sue under Title VI over claims of disparate impact discrimination unless intent can be proved.

Republicans added an amendment that stated “the employee or employees designated under this section shall consider antisemitism to be discrimination on the basis of race, color, or national origin as prohibited by this title.”

Anti-Israel activists, especially at universities, have been vocal in opposing the inclusion of antisemitism in discrimination law, saying it would have a “chilling” effect on freedom of expression and academic freedom. They claim Israel advocates try to conflate anti-Zionism with antisemitism, though many anti-Israel events on campus rapidly devolve into antisemitic statements and activities.

In a statement, Concerned Women for America said the Republican tactic was “to force a vote on an issue of importance to Republicans that they otherwise would not have the chance to consider under Democrat majority rule.”

Republicans voted for the amendment, 189-1, while Democrats voted against, 162-66. Thirteen of the 27 Jewish House members were among those voting against. Ultimately, the amendment passed and was included in the bill.

When it came time to pass the actual bill, though, the story reversed, as Republicans felt this was the wrong way to address issues of discrimination and voted against it, 187-3, while Democrats voted in favor, 229-0.

While Republicans put the issue of antisemitism on the table, it was the Democratic votes that passed the bill with antisemitism still listed as a form of discrimination.

Among the 16 listed co-sponsors of the bill is Rep. Ilhan Omar, who has been at the center of antisemitism controversies in Congress for her anti-Israel activities, and who was voted “Antisemite of the Year” in 2019 by the Jerusalem Post.

The CWA statement said Republicans opposed the bill “for creating new federal government mandates in local education,” but used the opportunity to highlight their opposition to antisemitism and “draw a clear contrast with Democrat members, putting many on record opposing a measure to combat antisemitism in education.”

Rep. Virginia Foxx, a North Carolina Republican, said Republicans and Democrats “agree that separation is not and never was equal. Racism is wrong, segregation is wrong,” but “this bill radically alters civil rights law without giving any consideration to its potential ramifications.”

The measure now heads to the Senate, where it is expected to have a more difficult time passing the Republican majority.