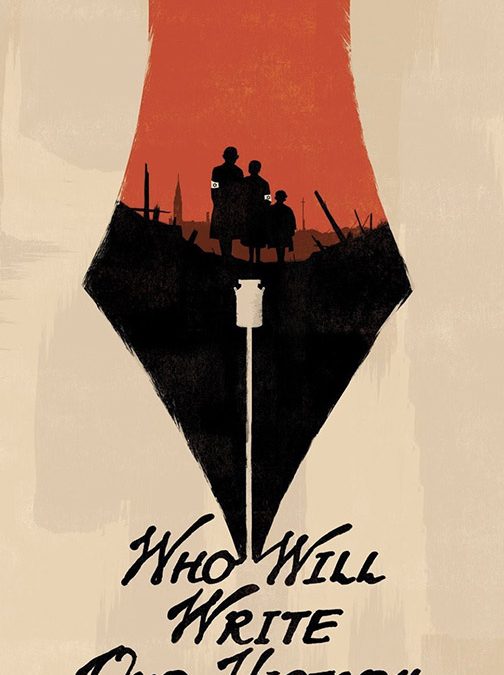 “Who Will Write Our History?”

That’s the title of a remarkable documentary, based on a book by the same name, that tells the story of a group of Jews who banded together in the Warsaw Ghetto in the early 1940s to record the oppression, inhumanity and ultimately genocide perpetrated by their Nazi persecutors. The group’s intent was to leave a meticulously-documented historic legacy that not only would allow the victims to be remembered but with the hope that such genocide would never happen again.

These archives also were intended to be a recording of what was happening in the Ghetto — a dramatic and tragic chapter in Jewish and human history — from a Jewish point of view, rather than leaving the writing and photographing of events solely to Hitler’s propaganda machine.

Implicit in these archives is the need for Jews to always have a strong and sovereign Israel to which they can flee, something that tragically they did not have at the time. They were defenseless with no place to go as the dark fires of Nazism began to choke their existence.

The University of South Alabama’s McCall Library, along with other community partners, hosted an online discussion on Oct. 15 with Roberta Grossman, an accomplished film-maker who created and directed the documentary.

The film, which was available for viewing in coordination with the program, is dramatic yet understated. Grossman is experienced and sophisticated enough to “get out of the way of the story” and through an array of imaginative cinema techniques, allows the story to tell itself.

In fact, she creates a framework for three interwoven stories to be told at once: The destruction of Jewish life in Poland, which was rich and vibrant before the Holocaust; the dark, degenerative saga of the more than 400,000 Jews imprisoned in the Warsaw Ghetto, showing how the Nazis strategically and sadistically devalued their lives; and the brave band of chroniclers who risked their own lives to secretly document what was taking place.

The central thread in the film is the heroic and visionary work of one of the Ghetto’s Jewish leaders, Emanuel Ringelblum, the driving force behind what came to be known as the Oyneg Shabes Archive, the collective work of 60 historians, scholars, journalists and others who produced 30,000 pages of writing, photographs and more. They buried their work under the Ghetto in three different places, hoping the archives would be discovered one day. Two of the hiding places were eventually found and the material was recovered, the third has never been found.

The conversation with Grossman, in an informal question and answer format, provided insight into a range of topics. They ran the gamut from what drew her to this project, to some of the aesthetic choices she made, to the complexities and sensitivities of creating a narrative that would be faithful to the reality of life in the Warsaw Ghetto.

The Warsaw Ghetto was established by the Nazis in October 1940. According to the U.S. Holocaust Memorial Museum, “The decree required all Jewish residents of Warsaw to move into a designated area, which German authorities sealed off from the rest of the city. The ghetto was enclosed by a wall that was over 10 feet high, topped with barbed wire, and closely guarded to prevent movement between the Ghetto and the rest of Warsaw. The population of the Ghetto, increased by Jews compelled to move in from nearby towns, was estimated to be over 400,000 Jews. German authorities forced residents to live in an area of 1.3 square miles, with an average of 7.2 persons per room.”

Grossman, despite an impressive resume and litany of achievements as a filmmaker, provided down-to-earth answers to the questions that the moderator put before her, including questions from students.

To begin with, Grossman emphasized the tenacity — almost obsessiveness — it takes to make such a film and the challenges of assembling all of the pieces from financing to finished product. Then, she said, one must become absorbed in the story — relentlessly — and be intensely curious and resolve to tell it visually in a way that draws readers in and leaves them with a lasting experience.

For her, the story of these secret chroniclers came at her like a “thunderbolt” when she was reading American historian Samuel Kassow’s book on the Warsaw Ghetto archives. She realized that this was an essential Holocaust story that hadn’t been told. “This is the most important unknown or little-known story of the Holocaust,” she told her online audience. “I couldn’t believe we didn’t know about it. The deeper I went into it, the more shocked I was.”

Explained Grossman, “It took 8 years to make the film and it took Sam 12 years to write the book, but it had to be done.” These were people, she said, “who so much wanted to be remembered.” The documentary premiered Jan. 18, 2019 in New York. On International Holocaust Remembrance Day that year, the film was shown in 40 countries in 200 venues. The film’s executive producer was Nancy Spielberg, sister of director Steven Spielberg.

Kassow recently participated in a Birmingham Holocaust Education Center program about the book.

During the South Alabama program, Grossman was asked what role she thought the film could play in educating young people about the story of the Warsaw Ghetto and the bravery and foresight of these archivists. “I have a very, very, very strong conviction… that history is the best way to educate young people or really anybody. There is nothing like what a film can do. I think it is a great way to teach history.”

A student asked Grossman if she thought Ringelblum, the leader and organizer of the archivists, and the others initially sensed that the Germans intended to kill the Jews that they had crammed into the Ghetto. “Absolutely not,” said the filmmaker. “They formed the secret archives group eight days after the Ghetto was sealed, to collect primary sources — so that what was happening could be written from a Jewish point of view. As things progressed and they became aware of what was going on all over Poland and beyond, it became clearer and clearer what German intentions were.”

Upon the realization that genocide was the goal, “their mission changed — to leave a remembrance and accounting of what took place, with the hope that someone would remember them after the war.”

Another student asked if she had any advice for aspiring filmmakers. “Choose subjects wisely, and make sure whatever story you set out to tell that you are very passionate about it,” she said, reflecting the determination and focus it takes. “One of the reasons it took me eight years was I couldn’t figure out what to leave out.”

Grossman also was asked how she thought the archivists, if they were alive today, would feel about their work being discovered and their story being told? “I think they would be deeply gratified. I also believe they would be horrified it had taken so long. I think that they thought that when the archive was discovered and the raw truth was uncovered, that something like what happened to them would never happen again.”

Like many other Holocaust survivors, they too probably would have been overjoyed to witness the 1948 rebirth of Israel as a modern Jewish state, just three years after their liberation. So many of those Ghetto inhabitants, most of whom perished in Hitler’s ovens could have been saved, a reality that should never leave one’s mind when delving into the darkness of the Holocaust.

Sponsors of the program were The Doy Leale McCall Rare Book and Manuscript Library, The Gulf Coast Center for Holocaust and Human Rights Education through a grant from the Harry and Kela Zaremba Fund, the Department of History (USA) and the Mobile Area Jewish Federation. 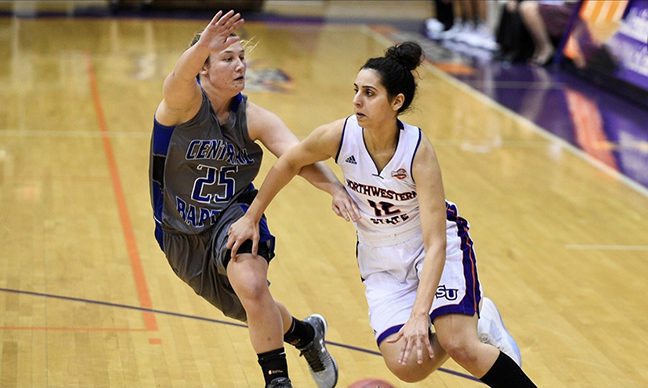