Zioness: Asserting a Progressive identity in advocating for Israel 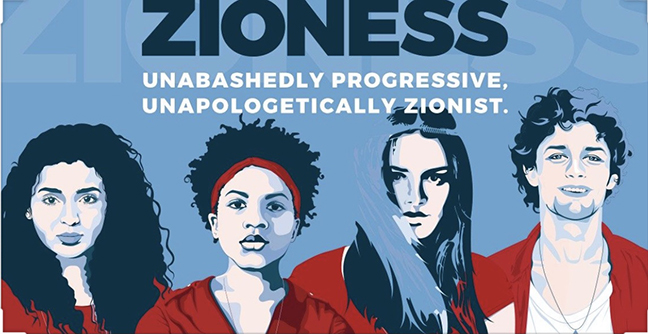 Before long, a new roar may be heard in Baton Rouge. This one, though, may not be coming from Louisiana State University’s Tiger Stadium. Instead, it may be the roar of Zioness.

Zioness is not a typo. It’s a new, fast-growing organization made up mostly — but not exclusively — of younger women determined to blend their Zionist and Progressive ideals and forge new paths of Jewish activism.

They are especially committed to countering what they see as the false and harmful notion that mainstream Zionism and left-leaning Progressivism are incompatible. They are motivated and passionate, and have begun fighting like lionesses, carving out new space in the social activism landscape for their group and what they represent.

One such Zioness is Baton Rouge’s Rachel Posner, an impressive 20-year-old Princeton University student. She is so committed to her Jewish, Zionist and Progressive identity that it was the topic of her college application essay.

Posner became involved with Zioness this past summer as an intern. She helped create a Zioness chapter in her hometown, making Baton Rouge the first city in Louisiana, Mississippi or Alabama to have such a group. “I was excited to put Baton Rouge on the Zioness screen. Growing up there I know how important it can be and how well it can fit into our community,” says Posner.

Zioness, with more than 30 chapters across the country, “fights for the advancement of social, racial, economic and gender equality in America and for the inclusion of Zionists in social justice spaces,” according to the group’s website.

One of those most passionate about Zioness is Rabbi Lindsey Danziger, its national director of organizing. She grew up in New Jersey and lives in Cincinnati, where her husband, Michael, also is a rabbi.

“Zioness is really personal to me,” says Danziger, 33, who was ordained in 2017. “The rabbi who was my rabbi when I was growing up had marched with Dr. Martin Luther King Jr. during the Civil Rights movement. Fighting for equality and justice is really ingrained in my experience.”

She faced an internal challenge. “If when I was young someone told me I had to choose, I would’ve picked being a Progressive over a Zionist.” Zioness, she believes, solves that dilemma.

The group’s website says “Zionism is itself a progressive value: the movement for liberation and national self-determination of the Jewish people in our indigenous homeland. We are rooted in Jewish values, stand for justice and equality, and fight against all forms of oppression.”

Many in the larger Progressive community are uncomfortable with Israel. They see Israel as favoring one religion over others, subscribing to colonialism and a nationalism that marginalizes its non-Jewish citizens, using harsh military tactics and practicing apartheid (racial segregation) in relation to the Palestinians. Zioness members want to give their fellow Progressives a more accurate understanding.

The group’s recent open letter to U.S. Rep. Alexandria Ocasio-Cortez on pulling out of an event honoring the late Yitzhak Rabin reflects the challenge Zioness members face. Ocasio-Cortez, one of the country’s most prominent Progressives, withdrew after becoming uncomfortable with Rabin’s military background, according to reports. The gathering was to commemorate the 25th anniversary of Rabin’s assassination.

“There is so much about you that inspires, activates, and empowers so many American Jews, who overwhelmingly share your passion in the fight for social, racial, economic, gender and environmental justice,” Zioness wrote to Ocasio-Cortez.

However, the group also told her, “We are deeply troubled that you have decided to pull out of an event honoring the life and legacy of former Israeli Prime Minister Yitzhak Rabin, a Nobel Peace Prize laureate who paid the ultimate price for his commitment to peace and justice, assassinated by a right-wing extremist for trying to advance the cause of Palestinian statehood. This makes us genuinely feel that your commitment to progressive values, equity and equality for all excludes the Jewish people.”

Feeling excluded from the Progressive movement is what led Jewish attorney and activist Amanda Berman, who grew up outside Philadelphia and lives in New York, to launch Zioness in 2017. She now serves as its executive director. “Amanda wanted to show up and support women’s rights, including the right to control one’s body. Amanda is a proud feminist, but she wanted to do it through the lens of a proud Jew and Zionist and to not have to check those identities at the door,” says Danziger.

“She felt that if we show up in these spaces we can build bridges and have conversations. We are Progressives, we are feminists, we are committed to LGBTQ+ rights, we care about all of these issues. But we want to express ourselves within the framework of our full identity, which includes being Jewish and supporting Israel’s right to exist, and we want to first build bridges and then educate other Progressives about what we believe,” added Danziger.

Berman, in an interview with the Jewish website Algemeiner, talked about what prompted her to form Zioness. “I personally refuse to cede spaces that I care deeply about. We launched as a reaction to the antisemitism in the Women’s movement… I really truly felt that I couldn’t participate in the feminist movement in America, which relates directly to my bodily integrity and autonomy.”

After being shunned by her fellow feminists, she had her “aha” moment. “Because I am a Zionist, I was not allowed to fight for reproductive health and equal pay and health care and family leave, and all these things that matter deeply to me as a woman, and affect, literally, my body. And it hit me as, ‘No one can tell me that I can’t participate in that space, there’s no way that I’m going to cede that’.”

At the core of the group’s strategy, as the article explains, is a simple premise: “To engage in the causes of others without giving up our own.”

Zioness is a grassroots organization. “Chapters have a degree of autonomy to decide strategies and actions. They have a lot of leeway in terms of how to pursue racial, economic and gender justice,” explains Danziger. Many chapters have male members and also include women of all ages. Not all members are Jewish. Chapters use speakers, educational programs, one-on-one relationships, public statements, mobilization initiatives, and partnerships with other Progressive groups to advance their goals.

Requests to form chapters are pouring in from throughout the country. The organization has hired a new Grassroots Community Organizer, Darryl Coulon, to help respond. Coulon is a 2019 LSU graduate from New Orleans, where Danziger expects a chapter to be formed soon.

Spielfogel has a vision of what she would like the chapter to be. “I would like us to be a safe place for Progressive Jews in the Baton Rouge area to come together to discuss political ideas and also become allied with other groups in the area to advance a Progressive political agenda.” Of particular importance to her is bridging the gap between the sometimes limited or inaccurate perceptions that the broader Progressive community has of Jews and Israel and developing allies in the Progressive movement for Jewish and Israel causes.

A former Teach for America teacher, Spielfogel believes education should be at the forefront of her chapter’s agenda — from educating Jewish Progressives about Zionism and Israel to educating Progressives in general about these same topics. She especially wants to combat the notion that supporting Israel means you are politically conservative; a false perception that can deter Zionists such as herself from fully owning their Progressive values.

What comes through in talking to these Zioness women is their passion, persistence and sense of purpose. Perhaps the most important purpose is one that Posner expressed: “Zioness addressees the worry that the younger Jewish community is going to abandon their Jewish/Zionist values for Progressive values.”

Whether Zioness is successful in addressing this concern and achieving its other goals remains to be seen. What is clear is that Danziger, Posner and Spielfogel and their Zioness colleagues across the country intend to put up a roaring good fight.