Connecting Israel, Oklahoma with a Love for Both 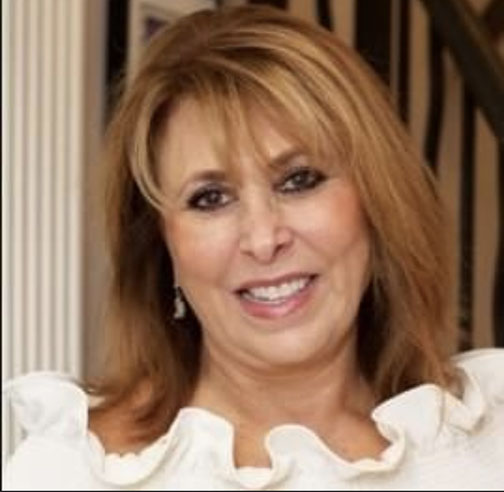 To borrow a phrase from a Beatles song, a long and winding road brought Edie Roodman to where she is today.

Her journey, from her hometown of St. Louis, to Arizona for college, to Israel where she met her husband, to four years in Birmingham, to Louisville, then, finally to Oklahoma City, began around 1970, the year that Beatles tune was released.

Landing in Oklahoma City in 1990, after moving three times because of her husband’s medical training, and knowing no one, she and her husband, Eli Reshef, put down roots that would have an enormous impact.

Eli, a reproductive endocrinology and infertility specialist, has helped bring thousands of children into the world. Edie would make her mark as executive director of the Jewish Federation of Greater Oklahoma City, and, more recently, as the director of the Oklahoma Israel Exchange.

Through these two roles, this warm and gregarious ex-Birminghamian has had a tremendous impact on Jewish life in Oklahoma and has been at the forefront of strengthening ties between the state and people of Oklahoma and Israel.

The way she became Oklahoma City’s Federation director has a Birmingham twist to it.

Garth was thinking about applying for JCC director in Birmingham but couldn’t imagine there being much of a Jewish community there. Edie set him straight, raving to him about what a wonderful Jewish community Birmingham had and what a nice place it was.

Garth applied, got the job — and Edie became Oklahoma City’s Federation director. That was in 1991.

“I knew very little but came into my new job with enthusiasm,” says Edie. “Being Jewish is at the core of who I am and everyone sensed that. I sort of became like the Pied Piper — whatever ideas I threw out, the board supported. I was so green. I made decisions, took risks and just got lucky.”

Edie’s most memorable day on the job, though, was not lucky. Not for her, not for Oklahoma City, not for the country. It was April 19, 1995.

She remembers standing outside her house at 9 a.m., ready to get into her car. She heard what she thought was a sonic boom, a sound not unfamiliar in Oklahoma City. But then, standing in her driveway, she could see smoke rising from over the horizon, coming from downtown.

Edie rushed into the house and turned on the TV to learn that the city’s federal building had been bombed.

Though startled and numb, she reflexively put on her game face and helped lead the way as the city’s small 2,500-member Jewish community, with dollars and support from the national Federation movement, became a big part of Oklahoma City’s response.

The FBI website recounts that horrible morning: “An ex-Army soldier and security guard named Timothy McVeigh parked a rented Ryder truck in front of the Alfred P. Murrah Federal Building in downtown Oklahoma City… Inside the vehicle was a powerful bomb made out of a deadly cocktail of agricultural fertilizer, diesel fuel, and other chemicals. McVeigh got out, locked the door, and headed towards his getaway car. He ignited one timed fuse, then another. At precisely 9:02 a.m., the bomb exploded… The human toll was still more devastating: 168 souls lost, including 19 children, with several hundred more injured.”

Edie, emotional to this day, reflects. “It was horrible and tragic, and remains so. But it arguably was our small Jewish community’s finest moment. We stepped forward financially, logistically and emotionally, developing partnerships with other groups and key state officials that have endured.”

Time would move forward. Her and Eli’s daughter and two sons, all now grown, would leave Oklahoma City for New York City where they have built successful careers. Daughter Erielle is known to many through her work as a TV correspondent for ABC News. Edie would conclude her Federation career in 2016, retiring after 25 years.

Like many people who have a passion for what they do, and a zest for life, the word “retire” is relative. Not content to sit on the sidelines, Edie has taken a new job as executive director of the Oklahoma Israel Exchange, also known as OKIE.

OKIE, which has grown and thrived under Edie’s energetic leadership, promotes goodwill toward Israel, people-to-people exchanges, business partnerships, and cooperation between Oklahoma and Israel on a government level.

Getting to know so many key Oklahoma City and state officials in the wake of the bombing created lasting relationships which Edie has drawn upon to benefit OKIE. Critical to OKIE’s success, ever since the organization began in 1992, has been the willingness of Oklahoma governors and other top officials to travel to Israel on OKIE trips.

Oklahoma in many ways is like Alabama, Mississippi, Louisiana and northwest Florida. Its Jewish community is small but influential; its Evangelical Christian community is large and passionate about Israel. These factors create a climate for building strong ties between these states and the Jewish state.

Edie and Eli, arriving with Erielle, lived in Birmingham from 1984 to 1988 while he did a residency at the University of Alabama at Birmingham. Their second child, Evan, was born in Birmingham. A third, Eitan Joseph (“EJ”), would be born in Louisville. Though it has been more than 30 years since Edie and her family lived in Birmingham, she has warm memories of the experience.

Vivid in her mind is attending services at Temple Beth-El shortly after arriving.

Community leader “Karl Friedman was running services. I remember sitting there fascinated that this man had a Southern accent,” she recalls, still smiling about the experience 36 years later.

“I was laughing to myself practically the entire time. I had never heard a man with a Southern accent, plus he made so many cute quips. I also quickly came to learn what a great person he was.”

Their time in Birmingham stays with them. “It was very positive. We loved Birmingham, It was a great surprise. I didn’t expect it to be the warm, embracing, vibrant Jewish community that we found. We were just a young family starting out but we were welcomed with open arms.”