Lies, damn lies and the Palestinian “Pay for Slay” presentation at the CFR 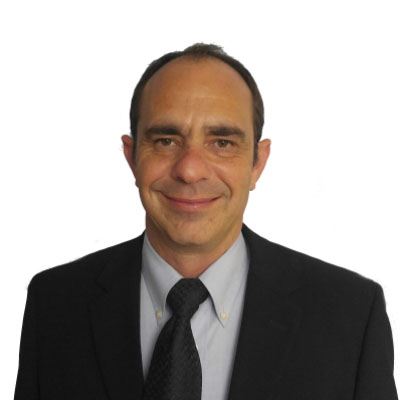 While anyone still believing in the value of truth would have had a field day with the entire presentation, the six minutes of the presentation in which Shtayyeh tried to explain and justify the P.A.’s “pay for slay” policy were, by far, the most offensive.

Every year, the P.A. spends hundreds of millions of dollars on salaries for imprisoned terrorists and released terrorists and allowances to wounded terrorists and the families of dead terrorists. The P.A. pays these terrorists because, as Deputy P.A. Prime Minister Nabil Abu Rudeina recently said, “It is impossible to send a soldier to war and then not take care of his family. We are talking about someone who acts on our behalf and receives orders from us.”

Among the thousands of recipients of the P.A. payments are mass murderers like Abdallah Barghouti, who is responsible for multiple terror attacks in which 67 people were murdered, and the family of Abd Al-Basset Odeh, the suicide bomber who carried out the Passover attack at the Park Hotel in Netanya on March 27, 2002, murdering 30 Israelis.

The beneficiaries of the payments include terrorists from all the Palestinian terror groups, including Hamas, Palestinian Islamic Jihad and the Popular front for the Liberation of Palestine — all internationally designated terror organizations — as well as members of Fatah. Many of the terrorists are responsible not only for the murder of Israelis — Jews and Arabs alike — but also for the murder of foreigners, including, but not limited to, U.S., U.K., French, Dutch, Australian and Russian citizens.

When it comes to “pay for slay,” the only requirement to receive payment is that you were engaged in terrorism against Israel. When it comes to rewarding terror, the P.A. is truly an equal opportunity employer.

What made Shtayyeh’s presentation so offensive was his resort to outright lies.

Shtayyeh opened his defense of the P.A.’s squandering of billions of dollars of U.S. and international aid by claiming that Yigal Amir, who assassinated Israeli Prime Minister Yitzchak Rabin on Nov. 4, 1995, “is getting a social pension from the State of Israel.”

In fact, there are multiple provisions in Israeli law that deny any state benefits whatsoever to any person being held in prison.

Shtayyeh went on to explain that the P.A. policy does not incentivize terror but rather compensates for the “collective punishment” he claimed Israel imposes on the terrorists and their families. According to Shtayyeh, Israel destroys the house of every terrorist arrested.

This too is a lie. The Israeli practice of employing home demolitions as a deterrent measure is reserved for cases of murder. Accordingly, of the thousands of terrorists arrested every year, the houses of only a handful are actually demolished.

Doubling down, Shtayyeh tried to explain that the P.A. policy is — pass the tissues — focused on the terrorists’ “orphans” and “kids.”

What Shtayyeh failed to mention is that according to Palestinian Media Watch (PMW) reports, later confirmed by the Israeli Prison Service, 70 percent of the imprisoned terrorists are single. Many of them are minors, such as Morad Adais, the 16-year-old murderer of nurse Dafna Meir; Khalil Jabarin, also 16, who murdered Ari Fuld; or Iham Tzabach, who at the tender age of 14 convinced three of his friends to participate in the terror attack that led to the murder of Tuvia Yanai Weissman. If “pay for slay” is all about the “orphans” why are single terrorists receiving a payment?

Shtayyeh argued that the payments were actually in Israel’s security interests, claiming the IDF Military Governorate had called him to ensure the P.A. renewed the canteen payments to the imprisoned terrorists. Shtayyeh obviously “forgot” that it was actually Israel, following a PMW report, that stopped the canteen payments, and that only after the terrorists threatened a hunger strike did the Israeli government temporarily capitulate.

Finally, Shtayyeh tried to justify “pay for slay” by asking about the recidivism rate of terrorists who had benefited from the payments.

Before joining PMW, I spent almost 20 years in the IDF Military Advocate General’s Corps. In my last position, I served as director of the IDF Military Prosecution for Judea and Samaria. In total, I spent 14 years of my service dealing with Palestinian terrorism. The answer to your question, Mr. Shtayyeh, is about 60 percent.

While Shtayyeh may hope to deceive an uninformed audience, the reality is clear. For the P.A., rewarding terrorists is not about social welfare. It is about incentivizing and rewarding terror and murder. “Pay for slay” is an abomination that should enjoy universal condemnation.