Netanyahu or not, reshuffling Israel’s politics still means “no” to two states 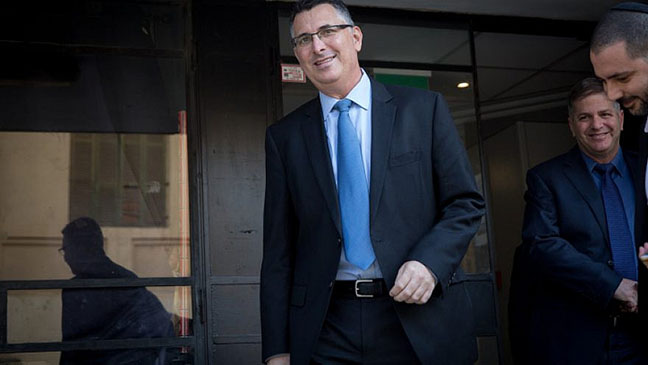 (JNS) — Perhaps Gideon Sa’ar is the man who will finally put an end to Israeli Prime Minister Benjamin Netanyahu’s record run as Israel’s leader. The former cabinet minister who has broken away from Netanyahu’s Likud and started his own party in preparation for what appears to be a fourth Israeli election within two years that will probably be held in March seems to be off to a decent start in his longshot insurgent campaign.

Yet even if Sa’ar somehow overcomes some tremendous obstacles and manages to combine with other parties to produce a coalition whose main purpose would be to provide the Jewish state with a prime minister not named Netanyahu, foreign observers need to keep one fact about Israel’s turbulent political scene in mind. The next Israeli government — no matter who leads it — will be adamantly opposed to efforts to force it to withdraw from the West Bank in order to create a new Palestinian state (as opposed to the one that already exists in all but name in Gaza) there.

That’s something that seems to be off the radar screens of those happily anticipating the arrival of a new administration in Washington in January. President-elect Joe Biden’s foreign-policy team is an Obama-era reunion party with a cast of characters who served along with him when he was vice president. Though some, like Anthony Blinken, his pick for secretary of state, have gone out of their way to avoid picking fights with Netanyahu prior to taking office, the new administration is clearly prepared to revive the same policies that they pursued the last time they were in power. That means a shift away from President Donald Trump’s decision to stop focusing American Middle East policy on pressuring Israel while appeasing the Palestinians and Iran.

Trump’s team paid lip service to a two-state solution to the Israeli-Palestinian conflict and even provided a path to one in their “Peace to Prosperity” Mideast plan unveiled earlier this year. But they understood, as President Barack Obama and former Secretary of State John Kerry did not, that the Palestinians wouldn’t negotiate seriously and, in fact, had no real interest in achieving statehood. Instead, Trump concentrated on assisting Israel in forging alliances with Arab states that saw the Jewish state as a partner in their efforts to oppose Iran. That led to unprecedented successes in the form of normalization agreements between Israel and four Muslim countries with the possibility of even more to come if the United States is willing to keep pushing for such agreements.

However, the Biden team, like the foreign-policy establishment it largely represents, is still stuck in a mindset that accepts the discredited notion that without creating a Palestinian state, peace in the region is impossible. The new administration will be largely composed of people who thought Trump’s Abraham Accords were flawed because it gave the Palestinians nothing. While signaling that they won’t return the U.S. embassy from Jerusalem to Tel Aviv (which would violate U.S. law), they still intend to reverse some of Trump’s policies, such as finding a way to restore U.S. aid to the Palestinian Authority, refunding the United Nations Relief Works Agency (UNRWA) and reopening the Palestinian mission in Washington, as well as a consulate in Jerusalem to serve the Palestinians. All of those moves would merely undermine Trump’s efforts to hold the P.A. accountable for its support for terrorism and rejectionism. They also reflect the establishment’s belief that two states are still a magic formula that solves all problems in the long run.

So even if Biden and Blinken keep their word about avoiding the sort of public spats with Israel that Obama continually ginned up in order to achieve his goal of more “daylight” between the two countries, this is good news for Israeli left-wingers and their American supporters who belong to groups like the left-wing J Street lobby. Those groups cheered every attempt by Obama to pressure Netanyahu’s government into adopting policies Israel’s voters had rejected.

What those who want a return to a pressure policy don’t seem to care about is that most Israelis disagree. And the reshuffling of the political deck by Sa’ar’s defection from the Likud doesn’t change that.

To those who don’t follow Israeli politics closely, the idea of a challenge to Netanyahu, who is still consistently portrayed in the Western press as an extremist, means a challenge to his policies on the conflict with the Palestinians. But nothing could be farther from the truth.

Sa’ar is no left-winger. Over the course of his political career, he has, if anything, been further to the right when it comes to the issues of territory, and war and peace, than Netanyahu. And the members of the Knesset who have joined his new faction are also hard-liners on these issues.

The same is true of the other potent threat to Netanyahu: Yamina Party leader Naftali Bennett, whose faction strongly supports the settlement movement. Bennett profited from his decision to stay out of the unity government forged by the prime minister with his principal political rival in the past three elections: Blue and White Party leader Benny Gantz. Now that Sa’ar is also competing for the right-wing vote, Bennett’s poll numbers are down, but he still holds onto hope that his brief but successful term as Defense Minister last year and his criticisms of Netanyahu’s pandemic policies will catapult him into the country’s leadership.

The latest poll puts Sa’ar’s party in second place with Likud still in the lead, though it raises the possibility that a combination of right-wing and centrist parties could form a government without Likud. While they failed to achieve that end last year, the coronavirus pandemic and another year of Netanyahu fatigue make it possible that, given another chance, the prime minister’s rivals will finally achieve their goal of toppling him.

Sa’ar suffered a humiliating shellacking just last December when he attempted to dethrone Netanyahu in a Likud primary. Bennett also has been bested by Netanyahu at every turn in the past. The same is true of Gantz, who ran to the right of Netanyahu in three straight elections yet failed to oust him. No one should underestimate the prime minister’s skill at political survival. But while he may be the country’s ablest statesman on national defense, diplomacy and the economy, after 12 years in power, even the greatest of leaders are past their expiration dates. The Israeli public may be more ready than ever to retire the prime minister and let him face his fate in his corruption trial as an ex-leader rather than an incumbent.

The main takeaway here is that if and when Israel holds its next election, the issue dividing the voters will be whether Netanyahu will remain in office, not whether the country’s policies should be changed. All the possible outcomes of the next election will produce a large majority for saying “no” to the kind of territorial withdrawals and a two-state solution for the foreseeable future.

That’s something Biden, Blinken and those — both in Israel and America — who will be cheering for them to revive Obama’s failed policies, shouldn’t forget.