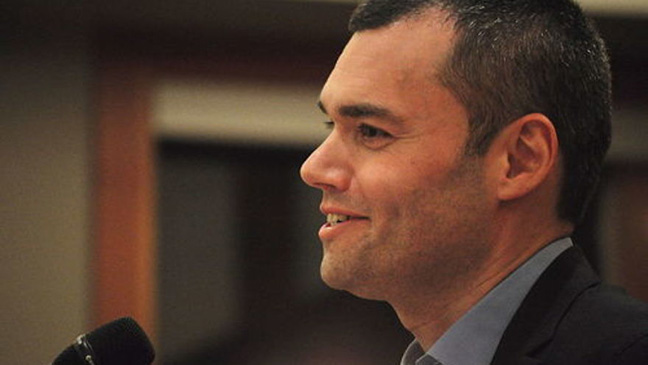 (JNS) — In case you haven’t heard, people who want to eliminate Israel are very interested in stopping antisemitism. In other words, the same people who want to deny rights to the Jewish people that they don’t think of trying to deny to anyone else in the same manner believe they are entitled to declare themselves friends and protectors of Jews. And no, I’m not kidding about this.

This goes for Jewish Voice for Peace and the participants in an online panel held on Dec. 15 about “Dismantling Anti-Semitism, Winning Justice.” The leftist group and its prominent guests, including Rep. Rashida Tlaib (D-Mich.), academic Marc Lamont Hill and New York Times columnist/CNN commentator Peter Beinart, all think it’s very important that everyone, including Jews, understand that they are here to help. The only problem is that they think people are confusing their goal of dismantling the State of Israel for hate.

It’s very frustrating for them because all of those involved, including JVP deputy director Rabbi Alissa Wise, who hosted the event, consider themselves to be advocates of justice and opponents of hate while also championing the antisemitic BDS movement. And they believe that those who call them out for antisemitism are liars or misguided dupes of the fascist right. Indeed, the very idea that anyone could listen to them and come away believing they mean Jews harm seems incredible to them. As Beinart said at the forum of his non-Jewish colleagues who have been labeled as antisemites, “Do they sound like people who hate Jews to you? Listen to your gut.”

What Beinart was trying to say was that people who call themselves “progressives” and make noises about human rights and freedom can’t possibly be Jew-haters even if they also want there to be no Jewish state. And that the Jews who ally themselves with such people are acting in the best traditions of Jewish devotion to social justice even if they seem curiously uninterested in justice for their own people. They claim that the only real antisemites are extremist right-wingers. The fact that a group like JVP engages in blood libels when it blames Jewish support for American first responders being trained in Israel for the deaths of African-Americans at the hands of police is ignored by those who think of them as just garden-variety progressive activists.

What should we make of this?

Many sane and decent Jews tell us not to worry about any of this. JVP represents only a small number of Jews, they reassure us, and is no threat to the pro-Israel world. They are right when they point out that the BDS movement has done little or no damage to the Jewish state. Israel is stronger and more secure than ever before. The dreams of the BDS movement and their Palestinian allies of erasing Israel from the map are fantasies. What’s more, the normalization agreements that Israel has reached with four Muslim countries in recent months have broken the back of the movement to boycott Israel internationally, bringing the Jewish state a growing number of Arab allies. While the administration of President Donald Trump may have been the most pro-Israel ever, his successor, President-elect Joe Biden, also opposes BDS and supports the idea of a Jewish state even if he is likely to disagree more with its government.

Compared to all of that, what possible harm can the growing strength of anti-Zionist groups on college campuses — among both faculty and students — do? Why worry or even pay attention to JVP, Beinart and the rest of them?

The answer is two-fold.

One reason is that these anti-Zionists are, as Beinart claimed, speaking the language of the progressives who dominate the political and social culture of much of the American Jewish world. The other is that, as we have recently seen with respect to critical race theory and cancel culture, marginal ideas and movements that succeed first in academia are likely to eventually make inroads, if not to dominate the media and popular culture.

Among the infuriating aspects of this debate is the pretense on the part of groups like JVP and their fellow travelers that was aired at their Dec. 15 panel was that they are merely “critiquing” Israel. Mere criticism of Israel’s government isn’t antisemitism. What the BDS movement and anti-Zionists want is not a different Israeli government or changed policies. It wants to eliminate Israel and replace it with a binational state in which Jews will lose both sovereignty and their ability to defend themselves against hostile neighbors and Islamist terror groups that believe Jews have no right to a state in their ancient homeland, no matter where its borders are drawn.

Beinart, who only a few years ago was posing as the leading light of “liberal Zionism,” now advocates for just such an outcome and says those like Tlaib, who share his new goal, seek human rights for everyone. He says that when Tlaib and Hill advocate for “Palestine from the river to the sea,” they mean the Israeli Jews who live in between the Jordan River and the Mediterranean Sea no harm — or at least no harm as long as they surrender without a struggle.

Put that way, the harm, as well as the denial of Jewish rights and history that are part of their agenda, is clear. But when you state your case, no matter how awful its goal, in the language of progressives, you are on the same wavelength of a Jewish community that prioritizes the universalist element of Jewish identity over its parochial elements. Speaking up for a Jewish state can sound vaguely racist to young progressive ears, especially when they are — as is the case with so many American Jews — ignorant about the conflict and most of Jewish history except for basic knowledge about the Holocaust. In a largely assimilated community, the sense of Jewish peoplehood that previous generations took for granted is now very much up for grabs.

Equally important is the need for us not to underestimate the way academia can influence other sectors of society. Not long ago, the sort of “cancel culture” in which those who questioned critical race theory and radical notions about history were silenced was only something that happened on college campuses. But as we’ve learned this year, the leap from such outrages being solely a way to protect hypersensitive and intolerant college students from hearing opposing views has gone mainstream.

Similarly, hatred for Israel and anti-Zionism used to be a marginal phenomenon that was rarely heard in mainstream media. But Beinart now preaches Israel’s elimination on the opinion pages of the Times and on CNN. He’s far from alone in that respect. And people like Tlaib and her colleague Rep. Ilhan Omar (D-Minn.), who might have been canceled and shunned by respectable media outlets for their trafficking in antisemitic tropes about the dual loyalty of American Jews and buying American legislators in Congress to lobby for Israel, as well as support for BDS, are welcomed everywhere and treated as their party’s rock stars rather than the hatemongers they are.

A line in the sand has to be drawn between those who call for Israel’s elimination and decent society. No other nation in the world is targeted in this way, and no people other than the Jews are asked to deny their own rights and history, as is the case with anti-Zionists. And, as the BDS movement has proved, their true target isn’t so much Israel as it is an effort to isolate, shun and silence American Jews who dare to speak up for Israel. The progressive-sounding rhetoric coming from people like the participants in the JVP panel is the facade behind which abuse, bullying, and even violence and intimidation is directed at Jews.

No matter how broad-minded they sound, anti-Zionism remains their soundtrack of hate and should be treated as such by all people of goodwill.