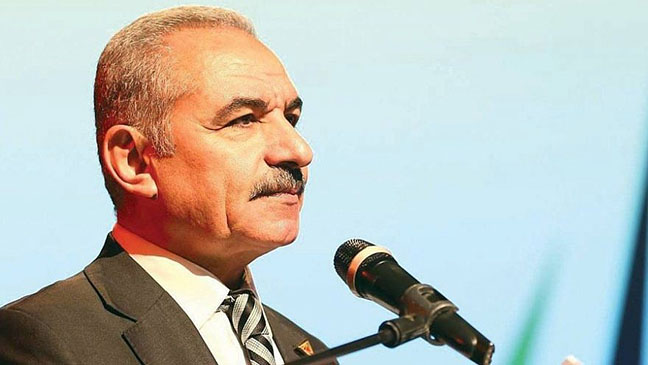 Are Palestinian Christians and their allies in the United States and Europe up to the task of criticizing Palestinian Authority (PA) Prime Minister Mohammad Shtayyeh?

Or are they too beholden to the PA to condemn him?

Shtayyeh deserves to be lambasted. He recently likened Jesus of Nazareth to suicide bombers and terrorists who have murdered thousands of civilians — mostly Jews.

On Jan. 3, 2021, Palestinian Media Watch revealed that during a Christmas dinner, Shtayyeh invoked the memory of Jesus with the words, “Our lord Jesus, peace be upon him — the first Palestinian self-sacrificing fighter from whom we learned Martrydom-death, and who paid for his mission with his life.”

At the same dinner, which took place on Dec. 28, Shtayyeh also declared that Christmas, “The birthday of our lord Jesus … takes place at the same time as the outbreak of the Palestinian revolution, for which thousands of Martyrs have paid with their lives.”

Shtayyeh’s comments are disgusting and dishonest. First off, Jesus was not the “first Palestinian.” He was a Jew born in Bethlehem of Judea, who lived in the Galilee and died in Jerusalem.

It’s one thing to assert that on a symbolic level, Jesus stands with the oppressed people of the world, but it’s another thing altogether to declare that, as a historical figure, Jesus was a Palestinian. Stripping Jesus of his Jewishness, as Shtayyeh did, allows people to deploy Jesus as a weapon against the Jewish people.

Then there is his likening of Jesus to “martyrs” — which, in the context of Palestinian political discourse, means suicide bombers, terrorists, and other murderers. As PMW reports, the word “martyrs” is used by the PA “to define all its suicide bombers as well as all terrorists who were killed while attacking Israelis.” PMW also tells us that the PA “uses the expression ‘self-sacrificing fighter’ for terrorists who have been fighting and murdering Israelis since 1965.”

Turning Jesus — a Jew — into a terrorist targeting other Jews is a disgusting blasphemy that should be condemned by folks committed to good interfaith relations among the Abrahamic faiths.

Sadly, the phrase “committed to good interfaith relations among the Abrahamic faiths” would disqualify many of the activists in the Christian “peacemaking” community who have used the New Testament as a weapon to assail the Jewish state, but not to judge or assess Palestinian behavior.

This is the best way to describe the leaders at the Bethlehem Bible College — who are so quick to condemn Israel at their regular Christ at the Checkpoint Conferences, but silent about the misdeeds of the Palestinian Authority.

Will Shtayyeh’s blasphemy get on the school’s radar?

For example, Munther Isaac, academic dean at Bethlehem Bible College and pastor of Christmas Evangelical Lutheran Church in Bethlehem, highlights the suffering caused by the construction of Israel’s security barrier.

In his recent book, “The Other Side of the Wall: A Palestinian Christian Narrative of Lament and Hope,” Isaac writes that he and his fellow Palestinian Christian theologians “bring Christ in dialogue with the checkpoint.” He continues: “We simply ask, What would Jesus do or say if he were to stand in the wall today? What would he say or do if he were to stand at a checkpoint today for five or six meaningless hours? What would be his message to the Palestinian trying to cross it and to the Israeli soldiers stopping them?”

Isaac and his colleagues at Bethlehem Bible College are tight-lipped, however, when it comes time to ask what Jesus would say to the corruptocrats in the Palestinian Authority who steal foreign aid intended to help the people they govern. They didn’t say much when the PA President and chief corruptocrat, Mahmoud Abbas, praised young men who stabbed Israeli civilians to death during the stabbing intifada a few years ago. So why should we expect them to condemn Shtayyeh for likening Jesus to these murderers?

Don’t hold your breath for Paul Alexander, a professor of Christian Ethics at Palmer Theological Seminary of Eastern University and editor of “Christ at the Checkpoint: Theology in the Service of Justice and Peace,” to assail Shtayyeh for his abuse of Jesus.

Alexander reserves that criticism for his fellow Pentecostal Christians who behave like he did before he went to graduate school:

I used to be a Jesus-lovin’, tongue-talkin’, gun-totin’, American flag-wavin’ Pentecostal Christian farm boy who cheered as the missiles flew and enthusiastically sang, “Bomb, bomb, bomb, bomb, bomb Iraq” during the Gulf War of 1991. I told racist jokes, supported torture, and was a hard-core one-sided Christian Zionist. All in the name of Jesus, and all at my local Pentecostal church.

Now that he’s seen the light, Alexander reports that he is “painfully aware of the failures, greed, nationalism, Zionism, and violence perpetrated by my Pentecostal family. I did it myself and some of my friends still do.” These days, Alexander knows “not to take God’s name in vain” and thinks that “Christians working for justice must be willing to say what they think God thinks about the Israeli/Palestinian situation.” He also laments that “God’s name is invoked in vain to support the occupation, confiscation of land, suppression of human rights, exploitation, and destruction.”

Will Alexander tell us what he believes God thinks about Shtayyeh’s blasphemy? Will Isaac and his colleagues at Bethlehem Bible College condemn how Shtayyeh invoked the name of Jesus to affirm suicide bombers and terrorists?

I wouldn’t bet on it.

The sad fact is, far too many Christian peacemakers deploy Jesus as a weapon against Israel, just like Shtayyeh did.

Dexter Van Zile is the Shillman Research Fellow for the Committee for Accuracy in Middle East Reporting and Analysis (CAMERA). 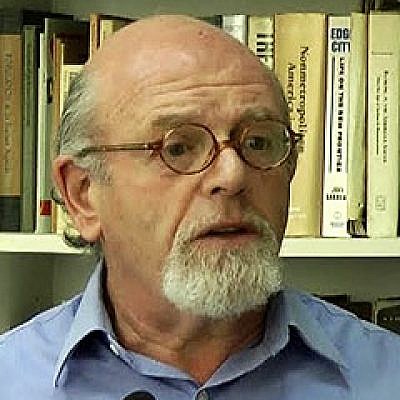