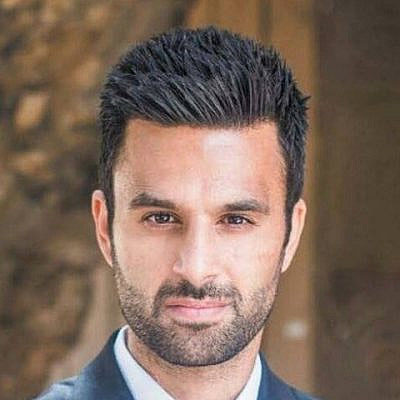 (JNS) — Last week, I woke up one morning in my Nazareth home and was astonished to discover I was living under a racist, apartheid regime whose only purpose is “the promotion and perpetuation of the superiority of one group of people — the Jews.” I rubbed my eyes, read the story in greater depth, and calmed down as soon as I realized the reports were based on yet another report by the left-wing NGO B’Tselem.

The problem is that this report has spread like wildfire around the world, and the propaganda is working.

B’Tselem, which presents itself as a human-rights organization, is in fact known for its clear political stance that is in contrast to Israel’s position. As it turns out, people have no boundaries. How dare they claim that I, an Arab-Israeli who served along with Jewish soldiers in the Israel Defense Forces and managed hundreds of Jewish employees, live under an apartheid regime?

How can anyone say our society is living under an apartheid regime when among us you will find doctors, judges and even lawmakers? How can you say Samer Haj-Yehia lives in an apartheid regime when he is the head of the biggest bank in Israel? B’Tselem has already broken the record for hypocrisy, but to compare Israel to an apartheid regime is not only a distorted lie but an insult to all those South Africans who actually lived through apartheid. It is contempt for and cynical exploitation of the concept.

I am not here to claim that everything in Israel is perfect. Some things need to be fixed — and how. But show me a country where everything is perfect. I look around at our neighbors in the region and thank God I was born in the State of Israel, the only democracy in the Middle East. True, the Arab minority in Israel faces challenges, just as other national minorities do in other countries. Yet while minorities of all kinds across the Middle East — Shi’ite Muslims, Sunni Muslims, Yazidi, Kurds, and, of course, the Christians — are persecuted, Israel is the only country that grants minorities equal rights and the ability to influence their future.

When B’Tselem director Hagai El-Ad, who is Jewish, decides that I, my Arab family and my Arab friends are all living under an apartheid regime, he and his organization are basically telling us they see us as second-class citizens. B’Tselem, don’t push your agendas at our expense.

To my delight, Israel will likely be the first country to exit the coronavirus pandemic, and in a few months, people from around the world may be able to come here and see for themselves what apartheid looks like in Israel. Then they will be able to hear Hebrew and Arabic spoken in the Nazareth marketplace, they will see mosques, churches and synagogues alongside one another in Jaffa, and see the coexistence of the Israeli mosaic across the country. And maybe, just maybe, their visit here will make them want to live under an apartheid regime.