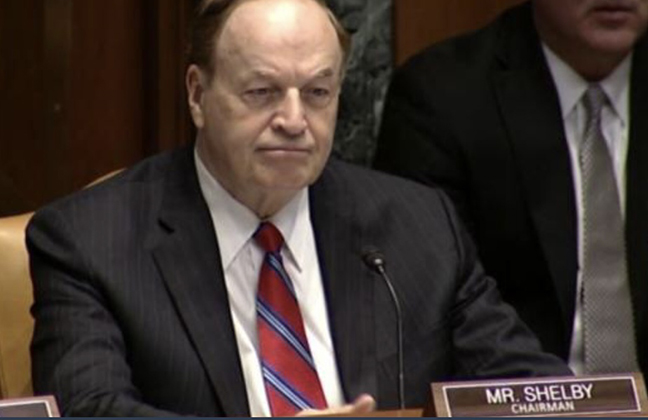 Richard Shelby, a tall, affable man who will be remembered for years to come as a political giant, has announced that he will not seek re-election to the U.S. Senate when his current term expires.

Shelby, Alabama’s senior senator, will leave behind a formidable legacy as a gifted politician who secured massive amounts of federal money for his home state.

The 86-year-old senator’s recent announcement that he won’t seek re-election in 2022 caps a long and distinguished political career. He started out as a Democrat and later became a Republican. His journey has taken him from the Alabama State Senate to the U.S. House of Representatives to six terms in the U.S. Senate.

In the Alabama and national Jewish communities, those who know him well will miss him serving in the Senate.   He has been accessible, responsive to the Jewish community’s issues and concerns, and a steadfast supporter of the U.S.-Israel relationship.

One of those who has known Shelby well over the years is Arlene Mitchell of Mobile.  Her late husband, Mayer, was twice president of the American Israel Public Affairs Committee, which lobbies Members of Congress. The Mitchells were friends with Shelby and his wife, Annette, and traveled to Israel with the senator.

“Sen. Shelby’s relationship with my husband was really close.  I don’t think Richard ever turned him down regarding Israel,” she recalled. “He is a decent man and a good man and a man of his word.”

She also lamented that what Shelby has stood for has largely vanished from the political scene. “So many times when we were in Washington we would go to dinner with Republicans and Democrats — they were friends after 5 p.m. Senators could talk to people in the other party and negotiate things and work things out. Richard Shelby is a product of that era.”

“Throughout his career, Sen. Shelby has been a strong supporter of the U.S.-Israel relationship,” said Marshall Wittman, an AIPAC spokesman.

“As a long-time senior member of the Appropriations Committee, Sen. Shelby ensured that Israel always had the security assistance necessary to keep it safe and secure, and he worked closely with the pro-Israel community,” said Wittman.

The Republican Jewish Coalition (RJC), another national group, had praise for Shelby as well.

“With the retirement of Sen. Shelby, the Jewish community in Alabama and nationwide will lose a reliable ally,” said RJC Legislative Director Noah Silverman.

“During the tenure of President Obama, Sen. Shelby spoke out forcefully against the terrible nuclear deal with Iran and the decision to support an anti-Israel UN Security Council resolution,” Silverman added.

“And as a long-time senior member of the Appropriations Committee, Sen. Shelby played a key role in ensuring that U.S.-Israel security assistance agreements were faithfully implemented, as well as providing homeland security grants to Jewish institutions.”

The Jewish Guide to US Politics highlights recent legislative actions that reflect Shelby’s support for Israel, including supporting the Taylor Force Act, security assistance and the Israel Anti-Boycott Act.

Birmingham lawyer Steven Brickman, a long-time Jewish community volunteer leader, first got to know Shelby when he was a member of the U.S. House of Representatives.

He met Shelby in 1982 while attending what was then the United Jewish Appeal’s Young Leadership Conference in Washington.  The conference included visits to Capitol Hill to meet with Members of Congress.  Brickman was assigned to call on Shelby.

“We probably spent an hour talking about issues of concern to the Jewish community and the importance of a strong U.S.-Israel relationship.  He was very receptive.”

In late 1984, Brickman was in his law office and got a call from Shelby.  “He told me he was planning to run for the Senate in 1986 and that he remembered our conversation from 1982, and wanted my help in connecting him with other members of the Jewish community.” Brickman did just that, something he’s proud of to this day.

Rabbi Jonathan Miller, rabbi emeritus at Birmingham’s Temple Emanu-El, also speaks highly of Shelby.  Miller now lives in Washington and ran into the senator at an airport about a year ago and spent some time with him chatting.

“He told me then that he was going to leave the Senate. Politics had changed,” Miller said. “And then he ran through with me the list of Jewish folks from Birmingham whom he had known over his career. He spoke of our community with interest and affection. Sen. Shelby was our friend.”

Along with Mayer Mitchell, the late George Mitnick of Jasper played an important role in educating Alabama’s Members of Congress about the importance of America’s ties with Israel.  Miller recalls a visit he made to Mitnick’s office shortly after he arrived in Alabama to become Temple Emanu-El’s rabbi.

“As we were talking, the phone rang. George apologized and said, ‘Excuse me, Rabbi, I have to take this.’ George then turned his attention to the phone call. ‘Now Dick,’ he said into the phone, ‘this is what I’d like to ask you to do for us in Washington…’”

When the phone call finished, Mitnick turned his attention back to Miller. “Rabbi, that was Sen. Shelby. He does us proud in Washington and we support him.”

The rabbi also remembers Shelby standing in Donald and Ronne Hess’ sukkah in Birmingham, shaking the lulav during the holiday of Sukkot. Ronne Hess is George Mitnick’s daughter.

“Sen. Shelby was accessible to us,” said Miller, recalling the Senator speaking at Temple Emanu-El and enjoying a Shabbat meal at the Miller home. “His Senate office was a friendly place for us when we came to visit.”