Despite slide among some Democrats, U.S. support for Israel still strong 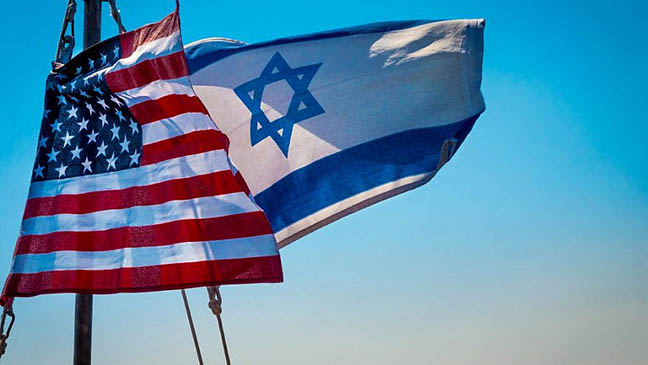 (JNS) — Gallup has released its annual survey data regarding American opinion toward Israel, and the news is once again mostly positive. Support for the Palestinians has increased some, especially with the Obama coalition, but there is no sign that Americans are turning against Israel.

Public opinion towards Israel is often influenced by the public attitude of the president, so you would expect that sympathy towards Israel would have increased during the Trump administration given his consistently pro-Israel position. Only four polls were taken during his term and the average support for Israel was 61 percent, a point lower than during the comparatively antagonistic Obama administration. Also, despite Trump’s relative hostility toward the Palestinians, support for them increased from 16 percent during his predecessor’s term to 20 percent.

The latest poll, which I count under the Biden administration, but may more fairly reflect the Trump administration given that Biden had only been in office a few weeks when it was taken, showed a slight drop in support for Israel, to 58 percent, and an increase in sympathy for the Palestinians to 25 percent. This is the narrowest margin since the question was first asked in 1988. (Earlier polls asked about sympathy towards the Arabs). Still, sympathy for Israel has averaged 62 percent in the last decade compared to 19 percent for the Palestinians.

When asked their opinion of different countries and the Palestinian Authority, 75 percent had a favorable view of Israel compared to 30 percent for the P.A. This was the second-highest rating for Israel, topped only by the 79 percent favorability rating around the time of the Gulf War. Although this was a record high for the Palestinians, 65 percent a still had an unfavorable view of the P.A.

One potential sign of concern is that the percentage of people who believe more pressure should be put on Israel has increased to 34 percent from an average in five polls dating to 2007 of 28 percent. Still, more people, 44 percent, favor pressuring the Palestinians.

Meanwhile, support for a Palestinian state hasn’t changed much. Since 1994, the average in 17 Gallup polls has been 47 percent; in 2021, it was 52 percent. Opposition was also above the average, 37 percent compared to 32 percent. The question gives some sense of the feelings towards Palestinian independence but may yield different results if it addressed the conditions for a state such as how it impacts Israeli security, and whether it should be in all or part of the West Bank, include Jerusalem, or require dismantling of some or all settlements.

Democrats and liberals continue to be less supportive of Israel and more sympathetic towards the Palestinians on every question (I’ll cite Democratic figures since they are similar to liberals). Regarding favorability of Israel and the P.A., Democrats’ margin was 64 percent to 38 percent compared to Republicans’ 85 percent to 19 percent.

It is more difficult to make any judgement about whether young people are less supportive of Israel because Gallup used such broad cohorts in this poll: 18- to 34-year-olds, 35-54 and 55-plus. It is also tough to make a precise comparison over the years because the breakdown has sometimes been 18-29 or 18-39; nevertheless, comparing the youngest group over time, the 2021 cohort was only slightly less pro-Israel—47 percent to 49 percent—than the average since 1975. Moreover, as I’ve documented in the past, support increases with age, which indicates there has not been a shift away from Israel because of anti-Israel activity on campuses.

One change in general is that more people are expressing an opinion than in the past. The average for past polls on the sympathy question was 14 percent; it was 6 percent in 2021.

U.S. public opinion can  also be swayed by the president’s public attitude towards Israel. Republicans overwhelmingly supported Trump’s policies, whereas Democrats opposed them. The results might also be affected by the split over Trump’s presidency. Gallup’s Lydia Saad, who analyzes these surveys, also suggests that Netanyahu’s relative popularity could be a factor. “Whether Democrats’ current outlook is a temporary reaction to Trump’s close association with Israeli Prime Minister Benjamin Netanyahu or represents a fundamental shift in their orientation to Mideast politics that persists could have meaningful implications for Biden’s foreign policy over the next four years,” she noted, adding that “this could hinge, in part, on whether Netanyahu remains in power.”

While sympathy for the Palestinians has increased, it is still a relatively insignificant 25 percent and the P.A. remains ranked near the bottom of the favorability rankings. By contrast, support for Israel has been consistent. In fact, it is higher on average in the last decade (62 percent) than it was at the time of the Six-Day War, when many people believe everyone loved Israel because it was still viewed as an underdog and there were no settlements or talk of “occupation.” From June 1967 through 1970, the average support for Israel in seven Gallup polls was 44 percent.

The key for Israel is the consistent level of support from the public and relative lack of sympathy for the Palestinians that gives elected officials no incentive to adopt policies that might be considered anti-Israel. Despite the polls showing the wide gap in partisan support, Democrats in Congress show no sign of turning on Israel, as reflected by the lack of support for legislation proposed by the handful of critics in the House.

It is also important to take into account the intensity of the feelings of the public related to Israel. Polls on gun control consistently show large majorities in favor of reforms but Congress does not adopt them because, historically, the opponents are much more involved in the political process than the proponents. The same is true for Middle East policy. Supporters of Israel are far more invested than the average person who may express support for the Palestinians when asked by a pollster.