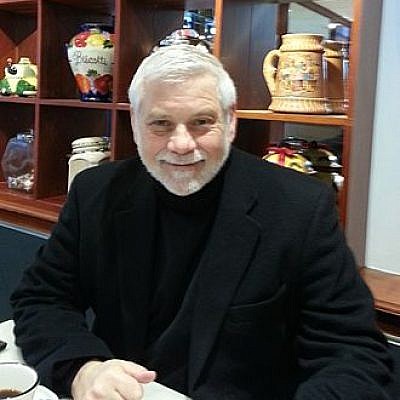 (JNS) — An egregious lie has been making the rounds lately. It is a timeworn smear against the Jewish people in a modern guise.

The ancient blood libel — “Jews are poisoners,” used to stoke anti-Semitic violence through the ages, from the Black Death to tainted wells — has reappeared. This time, it is the claim that Israel is denying Covid-19 vaccinations to its non-Jewish citizens and to the residents of the not-yet-sovereign Palestinian Authority. This lie is the same as its predecessors.

Yet the vaccine slander is being widely disseminated by Israel’s enemies, especially on college campuses. On March 2, for example, the Palestine Solidarity Committee held a teach-in at the University of Texas at Austin alleging “medical apartheid” not only as part of Israel’s Covid-19 response but in the ability of pregnant Palestinian women to access hospitals, allegedly leading to roadside deaths related to childbirth.

One misleading claim pushed by the medical apartheid libel is that Israel is responsible for, but has failed, to vaccinate all Palestinians in the West Bank and Gaza. Similar assertions have been advanced in The New York Times and on MSNBC, as well as by Vermont Sen. Bernie Sanders.

The Vermont senator called it “outrageous” for Israel to send vaccines to its allies before the Palestinian population is fully vaccinated. One writer in The Forward alleged that Israel is “classifying people by ethnic identity — and allocating a life-saving resource accordingly” — a slander that The Forward later retracted.

Media amplification of the blood libel, as occurred generations earlier in Eastern Europe, has been a boon to anti-Israel radicals. This newest medical-apartheid slur has become a significant driver for efforts to undermine support for the State of Israel in the United States.

Even casual observers on the ground know that the facts are the opposite. It is the Palestinian Authority itself that hoards the Israeli medical permits it controls for its elite while denying the same access to its population. The P.A.’s health-care malfeasance mirrors its well-known economic misdeeds.

To be clear, Israel does not in any way discriminate by ethnicity or religion in its Covid-19 vaccination campaign. It has made headlines for vaccinating a larger percentage of its population than any country in the world; this includes both Jews and non-Jews.

While the rate of participation in both the Arab-Israeli community and some parts of the Orthodox Jewish community has lagged behind that of other parts of the population due to intrinsic social factors, as of March, Israeli health statistics estimated that among Israelis aged 50 or older, 68 percent of the country’s Arab citizens had been vaccinated at least once, and haredi Jews about 72 percent. These numbers compare with 89 percent among other Israelis.

Under the governing Oslo Accords, which constitute international law on the subject, public-health responsibility for most of the Palestinian population was transferred decades ago from Israel to the P.A. Yet even before the outbreak of the pandemic, opponents of Israel had accused it of “medical apartheid” for not providing Palestinians the same quality of medical care that Israelis receive. The opposite is the case.

The P.A. declared in 2019 that it would not allow patients to receive medical care in Israel, denying treatment to roughly 20,000 Palestinians annually, based on the number granted prior authorization by Israel. The P.A. took the action against its own citizens in retaliation for Israel’s adoption of $138 million in financial measures against the P.A.’s “pay for slay” policy.

Palestinian journalist Fathi Sabbah was painfully typical when he publicly complained that his daughter, Rima, was denied a permit by Ramallah officials for treatment of her rare blood disease. Yet Saeb Erekat, a top Palestinian negotiator, was rushed to a Jerusalem hospital when he faced a Covid-19 respiratory crisis. Other elite Palestinian officials have received similar priority care.

The situation has continued well into the Covid-19 crisis, with Palestinian officials reiterating in December 2020 that they had not approached Israel for help in obtaining vaccines, and were planning to purchase them independently with the help of the international community.

“We are not a department in the Israeli Defense Ministry. We have our own government and Ministry of Health,” a P.A. official announced to The Jerusalem Post, “and they are making huge efforts to get the vaccine.” The Palestinians have sought several foreign sources, especially Russia, for scarce vaccines. In spite of the prohibitions on health outreach, Israel has managed to contribute a modest number of vaccines to the P.A.

Unforgivably worse, in May 2020, before the United Arab Emirate established formal relations with Israel, the P.A. refused $14 million worth of Covid-19 supplies donated by Dubai with U.N. facilitation, arrogantly explaining that the Etihad airplane transporting the supplies should not have landed at Ben-Gurion International Airport, the nearest to Ramallah.

At a time when the world was scrambling, the P.A. refused urgent medical supplies intended to stem the spread among its people, because it did not like the airport to which the supplies were delivered. A P.A. official told reporters, “Palestinians refuse to be a bridge [for Arab countries] seeking to have normalized ties with Israel.”

In terms of apartheid, it is the P.A. insisting that when it achieves sovereignty, not a single Jew will be allowed to live in its territory, and even now punishes Arabs with death for selling land to Jews. Of salient importance in Gaza is the underlying cause of the lack of medical infrastructure.

But why? Iran-sponsored Hamas, which governs the Gaza Strip, diverts foreign aid to build tunnels and other terrorist infrastructure. It is estimated that the cost of terrorist tunnels would pay for 35 hospitals to serve the small enclave, making it a medical haven.

Israel wants its entire population vaccinated. In addition to its Arab population, Israel has voluntarily undertaken to vaccinate any residents of eastern Jerusalem, including those beyond the security barrier. Palestinians in Israeli jails, including terrorists, have received vaccinations.

And in February, Israel announced that it would inoculate more than 120,000 Palestinian workers employed in Israel or the West Bank. By March 18, more than 105,000 Palestinian workers had been vaccinated. Obviously, Israel urgently wants to vaccinate everyone it can, of any background. The Jewish State’s Covid-19 successes could not have been possible without aggressively vaccinating the 20 percent of its population that is Arab, and the scores of thousands of Palestinians who choose to work daily in Israel.

Notably, most vaccines delivered to the Palestinians so far, including through the international vaccine-sharing COVAX program, have traveled through Ben-Gurion International Airport, despite the P.A.’s self-wounding earlier refusal. These medicines have been delivered to the West Bank through Israeli logistics.

Given Israel’s prodigious efforts to inoculate its entire population, both Jewish and Arab, as well as those Palestinians for whose public health Israel is responsible under the relevant international obligations, why has the poisonous narrative of discrimination blazoned across headlines worldwide? It doesn’t take a medical detective to notice a pattern.

Israel’s nemeses, foreign and domestic, are engaged in a generational struggle to delegitimize the Jewish state’s very right to exist. No good deed is too good to weaponize again Israel, whether it is disaster relief, economic opportunity for minorities or medical assistance.

By portraying Israel as an oppressor, its enemies hope to solicit the support of everyone who roots for the underdog. Make no mistake, these are the same savvy foes who are attempting to recruit young people by tapping into movements for change in the United States and casting Israel as an evil player. But the opposite is true.

By thoroughly vaccinating its population, Israel leads the world on the path to recovery from the deadly pandemic. But the solid truth matters little when the enemies of Israel are ready to propagate updated medieval lies on today’s college campuses and beyond.

Edwin Black is the award-winning “New York Times” bestselling author of “IBM and the Holocaust,” “Funding Hate” and the journalist who in his book “Financing the Flames” documented the terrorist salaries now known as “pay to slay.”