Washington: Making the Moral Case for Zionism in the Black Church 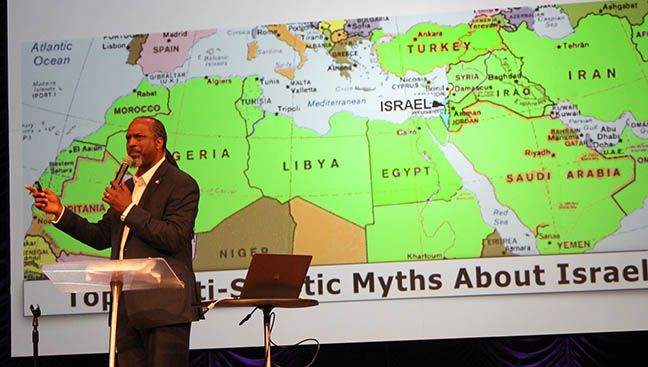 You forget what you don’t remember.

This was brought home as I read Dumisani Washington’s new book, “Zionism and the Black Church.”

I’m neither Christian nor Black but I am a Zionist — someone who believes the Jewish people have a right to a sovereign and safe country in their biblical homeland.

The book’s subtitle is “Why standing with Israel will be a defining issue for Christians of Color in the 21st Century.” But don’t be misled.

Yes, the subtitle frames the book neatly. Yet its significance is broader than that. Washington, a nationally-known African-American advocate for Israel, has written a book that is chock full of reminders for anyone who supports Israel. 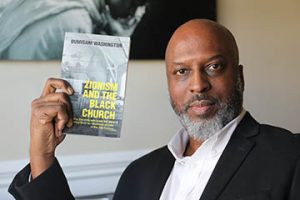 Washington is the founder of the Institute for Black Solidarity with Israel, a think tank and resource bank that educates the Black community about Israel and counters anti-Jewish and anti-Zionist propaganda.

He also is a field coordinator for Christians United for Israel, America’s largest Israel advocacy organization. He covers a 10-state region that includes Alabama, his native state of Arkansas, North Carolina and South Carolina. Washington also is a pastor, composer and music teacher.

According to his CUFI bio, Washington’s Israel journey began in the early 1990s in a quest to better understand the roots of his Christian faith. “The trek became cultural as he studied the Jewish Diaspora and became intrigued by Israel’s multi-ethnic identity; and the return of the Diaspora from Ethiopia, India/Burma, Kaifeng and the world.”

From the ties between Israel and Africa in Biblical times, on up through the modern Civil Rights era and beyond, Washington takes his readers on a journey that powerfully intersects two themes: Supporting Israel biblically and morally.

Along the way he meticulously debunks myths and canards that have been used by some in the Black community and elsewhere to defame and delegitimize Israel, the world’s only majority-Jewish country.

Quoting heavily from Dr. Martin Luther King Jr. and oftentimes bringing forgotten and obscured facts and historical passages into focus, such as King positively referencing a Jewish theologian and the Hebrew bible in his famed “Letter from Birmingham Jail,” Washington dismantles accumulated lies about Israel that have gained currency in some sectors of the Black community.

These include the false notions that Jews stole the land from the Palestinian people, that the Jewish state practices apartheid, that Zionism is a discriminatory and racist movement, and that Israel is a fabricated country made up of white European Jews who have no claims to Israel’s biblical past.

Worth noting as a reminder is the fact that this book review is being written during Passover, because one of the most emotionally authentic points Washington makes in his book is the significance of Moses and the Exodus to Jews and African-Americans.

It’s not by accident, he argues eloquently, that this saga of liberation from slavery is central to the identity of both groups, a sweeping interlock that ranges from Jews retelling the story from generation to generation, to the motifs that animate famous Negro Spirituals, to the famed Harriet Tubman being widely known as Moses.

In fact, Washington’s book further suggests, it would be hard to find two religious, racial or ethnic groups that share such a powerful defining narrative.

Through his voice and ear for the nuances of anti-Israel rhetoric and falsehoods, Washington takes his readers back to square one, tracing Israel’s uniqueness, continuing commitment to the betterment of mankind and respect for the country’s ethnic and religious minorities.

The core purpose of Washington’s book is to challenge communities of color to realize that supporting Israel is not only a spiritual and moral imperative, but it’s also in the best interests of Africa and the African-American community.

Ever since Israel’s rebirth as a modern Jewish state in 1948, the country has wanted strong and mutually-beneficial relations with the African nations. Despite ups and downs over the decades, ties between Israel and many of the African nations are at an all-time high today.

Israel’s know-how in areas such as agriculture, technology, water management, science and medicine have helped countless Africans and enabled their countries to flourish.

Many of the African nations in turn have become political and strategic allies of the Jewish state, strengthening Israel’s impact and standing in the international community.

In America, Jews, arguably more than any other group, aligned themselves with Black leaders during the Civil Rights era, an alliance that should be remembered and nurtured, Washington’s book suggests.

Today, with growing hatred in America, and Jews and African-Americans along with other people of color under attack, many observers believe the time is ripe for a renewal of the deep ties that bonded Blacks and Jews during the Civil Rights era.

A powerful new alliance can be birthed, spawned by a new understanding of Israel and recognition of the mutual challenges Blacks and Jews are facing today on the home front.

To do this, African-American leaders whose heads have been filled with anti-Semitism and anti-Zionism, a trend that, as Washington illustrates, began shortly after the June, 1967 Six Day War, must awaken to a deeper and more accurate understanding of Israel, its history and its unique ethic.

Central to the book is Washington’s vision of a “new paradigm for Israel advocacy in the Black community.”

He writes: “The breach in the relationship between the Black American and Jewish American communities did not occur because there are not enough organizations taking Black people to Israel. It occurred because of decades of a concerted effort by Israel’s enemies to force-feed anti-Zionism into the Black community.”

Washington is hopeful that “as Black Americans and Africans create and demonstrate an education-based model of Israel advocacy, there will be no shortage of partners to join us in the effort.” Facilitating this is an important part of the mission of the Institute for Black Solidarity with Israel.

Washington’s book is worth reading. This long-time Israel advocate knows his stuff and writes with precision and passion. His new offering serves as a narrative, a reminder and a reference book, a unique trifecta.

After reading it and getting to know Washington better through his written voice, my major takeaways, as a Jew and a Zionist, are these: I’m glad he’s on my side. And my side is his side. 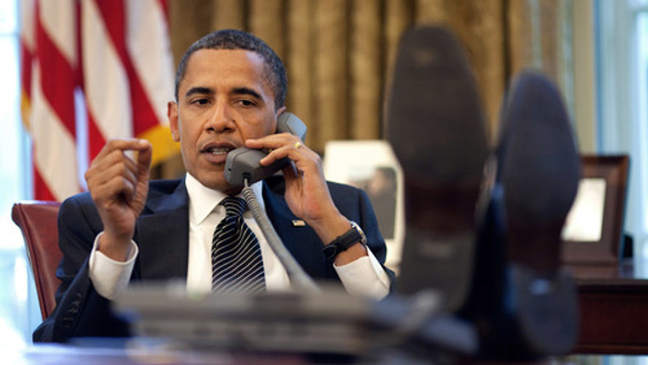 President Barack Obama talks with Israeli Prime Minister Benjamin Netanyahu during a phone call from the Oval Office, Monday, June 8, 2009. Official White House Photo by Pete Souza.This official White House photograph is being made available for publication by news organizations and/or for personal use printing by the subject(s) of the photograph. The photograph may not be manipulated in any way or used in materials, advertisements, products, or promotions that in any way suggest approval or endorsement of the President, the First Family, or the White House. 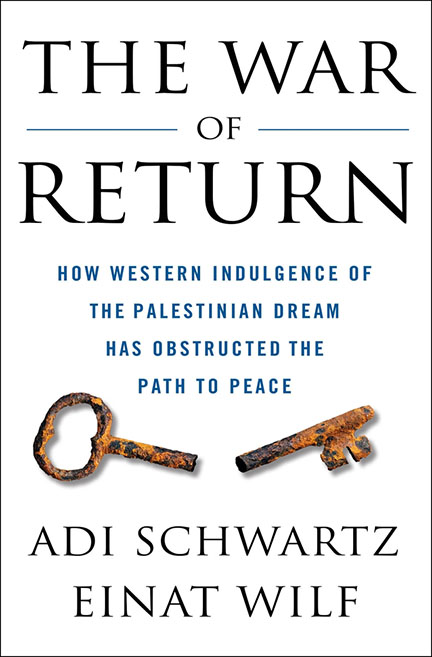 The “Right of Return” is a Palestinian political weapon preventing peace