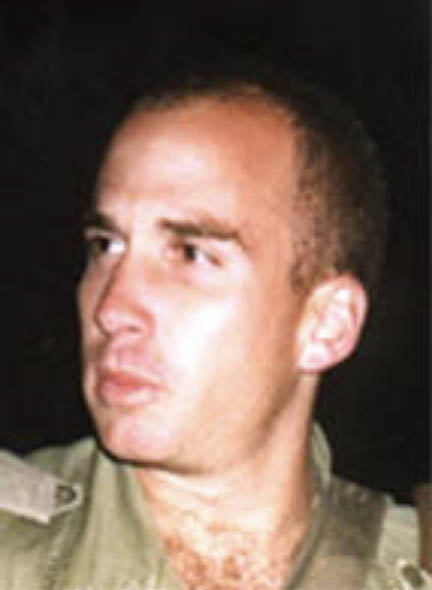 As Jews, we are taught all Jews are responsible for one another. Yom Hazikaron, Israel’s Memorial Day, provides a sacred framework for all Jews remembering one another.

This powerful truth was brought home the evening of April 13 as the Atlanta-based Israeli Consulate, which covers much of the South, including Alabama and Mississippi, convened an online program to mark Yom Hazikaron.

This day is a solemn one. As much as any observance, it connects Jews not only in Israel but worldwide on a visceral level as it commemorates those lost in battle and terror attacks.

It is a day that reaches into the hearts of Jews everywhere. Not only do many Jews both within Israel and abroad know soldiers who have lost their lives defending the country, but they’ve also known people who’ve died in terror attacks.

Yom Hazikaron also is a day, as Israel’s Consul General to the Southeast Anat Sultan-Dadon said in her remarks, to remember the impact of the sacrifices Israelis have made since their country’s rebirth as a modern Jewish state 73 years ago.

“We bow our heads in memory of the 23,928 soldiers, men and women, those who fell in Israel’s military campaigns and the victims of terror,” said the Consul General. “It is thanks to our heroes that we are able to celebrate our sovereignty and hold our heads high every day.”

One fallen soldier was Avihu Ya’akov, nephew of Raymond Tobias, a retired doctor who, along with his wife Cynthia, have been involved in Birmingham’s Jewish community for years.

Avihu was killed in battle in 2002, leading a raid against a Palestinian stronghold. The operation was part of Israel’s response to the barbaric war of terror that the Palestinian leadership had launched against the Israeli people.

The son of Raymond’s sister, he was 24 and lived in Kfar Hasidim, near Haifa.

“Yom Hazikaron has always been sad for us, as we have always felt attached to Israel. Having a close family member senselessly killed has brought it closer to home,” said the Birmingham couple.

“Whenever we visit and see the girl Avihu was to marry and now, after many years, her family and children, we think of the children he would have had and the wonderful father he would have been.”

A posting on the Israeli Ministry of Foreign Affairs shortly after his death captured their nephew’s heroism:

“IDF officer Major Avihu Ya’akov was killed and two other soldiers injured in Nablus in a raid against a terror cell that was planning a suicide attack in Israel.

“While operating within one of the buildings near the casbah where several wanted suspects were hiding, Palestinians opened fire towards the force from one of the apartments. As a result of the shooting, two IDF officers were hit, Golani Brigade Commander Major Avihu Ya’akov and the Company Commander, and another soldier was lightly wounded. Major Avihu Ya’akov, shot in the head, was killed.”

Shortly before Nablus, Avihu fought in Jenin, scene of an especially fierce battle.

There, while under fire, he risked his life to retrieve the body of one of his comrades who had been killed. Avihu carried him back over the line into Israel, so that he would be buried in a proper Jewish funeral.

For sure, pain and remembrance unite the Jewish family on Yom Hazikaron. Muted in the background is triumph and optimism.

Yom Hazikaron, Israel’s Memorial Day, is held 24 hours before Yom Ha’atzmaut, Israel’s Independence Day. It is a seamless flow, signifying the connection between the two events.

Linking these two experiences also is a reflection of the Jewish persona.

What animates the Jewish people and binds the Jewish family is not only the capability to remember, but also to draw from dark memories the strength to go forward, driven by optimism and passion for our collective well-being.