When did Palestine become Palestine? 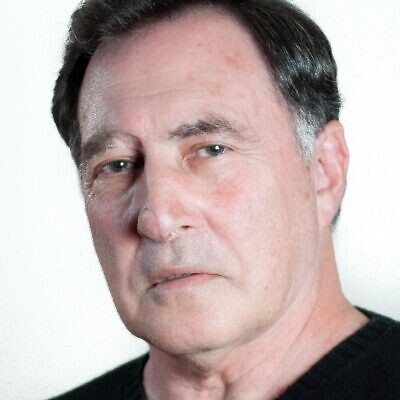 (JNS) — “The Arabs didn’t provoke war with Israel in 1967 to achieve Palestinian independence… Arab rulers could have established a Palestinian state in those territories whenever they chose to do so. But Palestinian statehood was of no interest to them.” — Jeff Jacoby, The Boston Globe, June 7, 2017.

“Not since the time of Dr. Goebels [Head of the Nazi propaganda machine] has there ever been a case in which continual repetition of a lie has born such great fruits… Of all the Palestinian lies, there is no lie greater or more crushing than that which calls for the establishment of a separate Palestinian state in the West Bank…” —“Palestinian Lies” [Hebrew], Haaretz, July 30, 1976, by former Education Minister Amnon Rubinstein of the far-left Meretz faction.

With Joe Biden in the White House, the question of Palestinian statehood is now back on the international agenda, after being largely sidelined under the Trump administration. For decades, the discourse on the “Palestinian issue” has been dominated by the Palestinian Arabs’ contention that Judea and Samaria (“The West Bank”) has long been their ancient homeland.

However, many would probably be interested — and certainly very surprised — to learn just when realization dawned on the Palestinian Arabs that this territory supposedly comprised their yearned-for motherland.

Indeed, long before Israel held a square inch of “the West Bank” — before there was any “occupation” or “settlements” — the Arabs claimed all the territory of pre-1967 Israel (i.e. within the Green Line) — as “Palestinian” territory, and threatened to reclaim it by force of arms and annihilate all its Jewish inhabitants.

Thus, in March 1965, more than two years prior to the 1967 Six-Day War — after which the “West Bank” came under Israeli administration — Egyptian President Gamal Abdul Nasser threatened, with chilling genocidal malevolence: “We shall not enter Palestine with its soil covered in sand; we shall enter it with its soil saturated in blood.”

No less blood-curdling were the words of Yasser Arafat’s predecessor as head of the Palestine Liberation Organization, Ahmad Shukeiry, who, on the very eve of the Six-Day War — in a somewhat premature flush of triumph — crowed: “D Day is approaching. The Arabs have waited 19 years for this and will not flinch from the war of liberation… This is a fight for the homeland — it is either us or the Israelis. There is no middle road. The Jews of Palestine will have to leave [but it] is my impression that none of them will survive… We shall destroy Israel and its inhabitants and as for the survivors — if there are any — the boats are ready to deport them.”

“…Jordanians and Palestinians are considered… one people.”

Significantly, the first version of the Palestinian National Covenant was formulated three years before the Six-Day War — in May 1964 — in eastern Jerusalem  (then under Jordanian control). In it, the Palestinian-Arabs explicitly foreswear any sovereign claim to the “West Bank” (or to Gaza):

Thus, while Article 16 reads: “… [T]he people of Palestine [look] forward [to] restoring the legitimate situation to Palestine, establishing peace and security in its territory and… enabling its people to exercise national sovereignty and freedom,” in Article 24, the “West Bank” (and Gaza) are explicitly excluded from the scope of Palestinian sovereign aspirations.

Indeed, in Article 24, the Covenant unequivocally stipulates that the “Palestinian people” do not aspire to “any… sovereignty over the West Bank in the Hashemite Kingdom of Jordan, on the Gaza Strip [then under Egyptian control] or the Himmah Area [then under Syrian control].”

Moreover, when the original Covenant was drafted, all the Arab residents in the “West Bank” were, in fact, Jordanian citizens — without that causing any great discordance between their national identity and the citizenship they held.

Accordingly, as late as 1977, Farouk Kaddoumi, then one of the most senior members of the PLO, told Newsweek: “Jordanians and Palestinians are considered by the PLO as one people.”

Furthermore, it was Jordan that demanded sovereignty over the “West Bank” until July 1988, when King Hussein relinquished his claim to the territory and stripped all his erstwhile subjects of their Jordanian citizenship. On this, Anis F. Kassim, a prominent Palestinian international lawyer, commented: “[M]ore than 1.5 million Palestinians went to bed on 31 July 1988 as Jordanian citizens, and woke up on 1 August 1988 as stateless persons.”

Palestine is where the Jews are

It is thus clear that Palestinian Arabs’ claim to sovereignty over what they now insist is their long yearned-for homeland arose only after 1967 — i.e. when it came under Jewish administration. Indeed the Palestinian homeland seems to be a very fluid concept. After all, prior to 1967, it excluded all the territory that it now purports to include.

The common thread between the pre-1967 demands and the post-1967 ones, is that the Palestinian Arabs appear to focus their “national aspirations” on land, only to deprive the Jews of it.

Martin Sherman is the founder & executive director of the Israel Institute for Strategic Studies.