Who Is? Samidoun, promoting terrorism, not activism 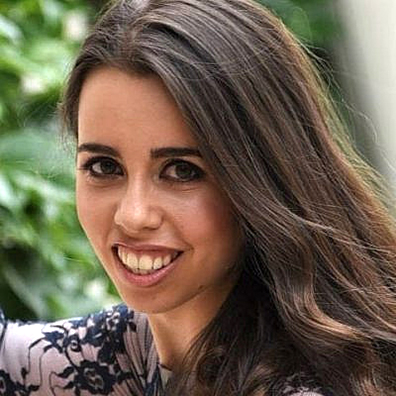 (JNS) — In February 2021, Israeli Defense Minister Benny Gantz officially designated the Samidoun Palestinian Prisoner Solidarity Network as a terrorist organization for its ties to the Popular Front for the Liberation of Palestine, itself considered a terrorist organization in the United States, the European Union, Israel and Canada. According to the Israeli National Bureau for Counter Terror Financing, this organization “plays a leading and significant role in the PFLP’s anti-Israel propaganda efforts, fundraising and recruiting activists.”

Samidoun is an NGO active in Europe, Lebanon, Canada and the United States. Founded in 2012, this self-described “grassroots, unfunded network” is a vigorous advocate for the release of Palestinian prisoners.

Contrary to their peaceful facade, Samidoun works to promote the BDS movement against Israel and stirs up anti-Israel sentiment through protests, rallies and events, including among students. In the summer of 2020, Samidoun was a major organizer of “Day of Rage” and “Days of Resistance” protests in cities across North America and Europe, including New York, Toronto, London, Copenhagen and numerous other locations. Demonstrators at some of the protests chanted “death to America,” “death to Israel” and other protests saw PFLP flags along with Samidoun signs. Students took leading roles in these events, especially members of Students for Justice in Palestine, who co-organized events in Philadelphia, Houston and Los Angeles.

According to the Clarion Project and the Zachor Legal Institute, there is a significant overlap between Samidoun and SJP; some are activists and alumni. Examples include Nerdeen Kiswani, also a co-founder of New York City SJP (which has since been rebranded as “Within Our Lifetime”); Katherine Azcona, an alumna of both the New York chapter and one at the John Jay College of Criminal Justice; and Nick Maniace, a former New York City-based activist with SJP.

Samidoun presents itself as fighting for innocent prisoners but neglects to mention that many of the prisoners for which they advocate have ties to terrorism. For instance, Georges Ibrahim Abdallah, who, according to the Samidoun website, was jailed for “his commitment to the Palestinian struggle,” is serving a life sentence for his “complicity in the assassinations” of the U.S. military attaché Charles R. Ray and Israeli diplomat Yacov Bar-Simantov.

Other notable examples mentioned on their website include PFLP Secretary-General Ahmad Sa’adat and Marwan Barghouti. Sa’adat was imprisoned for terrorist activities and his role in the murder of Israeli Tourism Minister Rehavam Ze’evi in 2001. Barghouti was the mastermind behind countless attacks during Second Intifada and was convicted of five counts of murder. These are not political prisoners but terrorists who are responsible for the murders of scores of Israelis.

Furthermore, multiple prominent members of Samidoun are actually members of the PFLP, a terrorist organization responsible for the deaths of more than 90 Israeli civilians.

According to NGO Monitor, Mohammed Khatib, Samidoun’s European coordinator, is a member of the PFLP, as is Mustafa Awad, a Samidoun activist who underwent training with Hezbollah. Charlotte Kates, the International Coordinator for Samidoun, is married to Khaled Barakat, another Samidoun coordinator who is also a Central Committee member of the PFLP, as well as the International Coordinator for the “Campaign to Free Ahmad Sa’adat.” Israel’s Ministry of Defense accused Barakat of being “involved with establishing militant cells and motivating terrorist activity in Judea & Samaria and abroad.”

Samidoun members have openly praised terrorists and their actions.

Joe Catron, Samidoun’s US Coordinator, wrote on Facebook that he was “honored, if unworthy, to turn the age of Nimer al-Jamal,” a man who killed three Israeli security officers and injured another in a 2017 shooting. In January 2015, Catron sent a public tweet to Hezbollah leader Hassan Nasrallah that read, “Nasrallah my friend, attack, attack Tel Aviv.” Catron has also posed alongside Leila Khaled, a notorious airplane hijacker and PFLP terrorist.

In the aftermath of the 2014 massacre in a synagogue of the Har Nof section of Jerusalem, where worshippers were murdered during prayer, Samidoun issued a statement calling the perpetrators “Palestinian fighters” who had been “engaged in an armed operation.” This “armed operation” was a brutal attack with handguns, meat cleavers and axes that left five rabbis dead and a Druze Israeli Defense Forces officer with an infant daughter.

Samidoun is not a “Palestine solidarity movement,” as it purports to be, but an active supporter of terrorism. It doesn’t merely promote misinformation, glorify terror and associate with a terrorist organization, but provides platforms for radicalizing impressionable students. This is accomplished through the help of groups like SJP, which have enabled Samidoun to successfully infiltrate the minds of young students and spread their heinous ideas.

It is vital that students recognize Samidoun’s true nature and reject its indoctrination efforts. Exposing its relationship with the PFLP is a good place to start.

Tehilla Katz is a CAMERA on Campus Fellow at Bar-Ilan University.