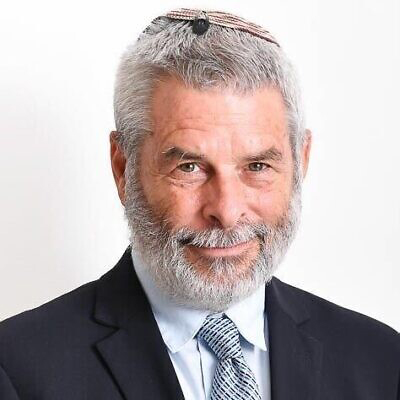 (Begin-Sadat Center for Strategic Studies) — Rarely do politicians have the opportunity to test the implications of their policy within a day.

In Israel, the land of miracles, such an opportunity occurred on May 9-10, when the Israeli government and its more than willing officialdom decided on Jerusalem Day to follow in the footsteps of the 1930s British Prime Minister Neville Chamberlain: total appeasement of an implacable enemy.

This began with the acquiescence of the judicial branch — one that famously doesn’t bow to external pressure — to the Attorney General’s request to postpone deliberation on a civil court case dealing with the eviction of Arab residents from unlawfully occupied properties in the Jerusalem neighborhood of Sheikh Jarrah.

Then, the Israeli Police decided to change the route of the traditional festive procession in the Old City to avoid hurting Palestinian sensitivities in the tense atmosphere that prevailed. Not content with the decision, the procession was then abolished altogether.

During the course of the day, it was also decided to passively react to Hamas’s launching of rockets/missiles and incendiary balloons aimed at consolidating its “protection” of “Arab Jerusalem.”

But did this appeasement work?

Judging from the results, the Israeli policy worked just like Chamberlain’s infamous October 1938 “peace for our times” speech — with the major difference that it took 11 months to test Chamberlain’s sagacity, whereas the foolhardiness of Israel’s statesmen and officialdom was proven within hours.

Rather than being impressed by the Israeli olive branch, Hamas ramped up its demands. “We will launch rockets against Jerusalem should the forces of occupation not withdraw from Damascus Gate,” it warned. As Israel didn’t cower to that particular demand, a few missiles fell in the Judean Hills, causing slight material damage and no casualties. But within hours the trickle turned into an avalanche on towns and villages in southern Israel, killing two people and causing material damage.

Nor were Arab rioters on the Temple Mount impressed by the conciliatory Israeli moves, continuing their violent “protests” outside Al-Aqsa Mosque.

Far more worrisome was the explosion of violence among Israel’s Arab citizens, ominously reminiscent of the mass rioting of this community upon the outbreak of Arafat’s war of terror in September 2000 (euphemized as the “Al-Aqsa Intifada”). In the town of Lod, for example, Arab rampaging was so widespread that some calls to the police by beleaguered Jewish citizens went unanswered for hours. Faced with life-threatening situations, some residents fired in the air against fast-approaching Arab mobs, and on one instance fired directly at the chief rioters, resulting in the rare taking of a life by a Jewish citizen.

As one participant in the defense of his family and home put it: “We aspire and indeed achieve good neighborliness with our Arab neighbors, but Lod cannot turn into another Kishinev” — alluding to the notorious 1903 pogrom in which 49 Jews were massacred and countless Jewish properties damaged. Immortalized in a poem by Haim Nahman Bialik, the “national poet” of the Zionist movement, the pogrom drove tens of thousands of Jews to flee Russia but also prompted the first moves at organized Jewish self-defense.

This provides further proof, if such were at all needed, that for all the fanfare it receives among the politically correct, appeasement of implacable and callous enemies doesn’t work. Firmness and fairness do.

Israel’s Arab citizens and Jerusalem’s Arab residents must be forewarned that as a state ruled by law and committed to ensuring its citizens’ wellbeing and safety, including the freedom of worship for all religions, Israel will tolerate no mass undermining of public order and the rule of law. This means above all the arrest, prosecution and imprisonment of convicted perpetrators of violence against Israeli citizens and the police, and of those who destroyed, ransacked, or damaged public (and private) properties over the past few weeks, and most importantly — publicizing these arrests so as to deter similar mayhem in the future.

As for Israel’s external enemies — Hamas, Palestinian Islamic Jihad and Fatah, they must meet the full weight of Israel’s military might, and the sooner the better. The belief that anything short of a crushing defeat will lead to their moderation is as delusional as Chamberlain’s appeasement of Nazi Germany.

Hillel Frisch is a professor of political studies and Middle East studies at Bar-Ilan University, and a senior research associate at the Begin-Sadat Center for Strategic Studies.

This article was first published by the Begin-Sadat Center for Strategic Studies.