They discussed a range of items, including challenges women diplomats sometimes face in building careers in the foreign service.

When it comes to our regional Jewish community and Israel, one of the most important Consul Generals is India’s Swati V. Kulkarni.

Warm and engaging, Kulkarni is actually a medical doctor by training who is also a foreign diplomat, representing her country in one of India’s most important Consulate postings.

During a recent Zoom interview she was asked about Indian restaurants in Atlanta. She said there are many but actually the best one is her own kitchen. And she invited this interviewer to come soon for lunch or dinner.

India sometimes walks a fine line between its close and mutually beneficial relationship with Israel and support for the Palestinian cause.

“India is deeply concerned about the violence. We condemn the violence and the destruction. We mourn the loss of Indian national Soumya Santhosh and of all others,” the Consul General said as the recent Israel-Hamas conflict was raging.

“The immense suffering caused by the violence is not in the interest of either Israelis or Palestinians. The situation needs immediate de-escalation,” she added.

Santhosh had been working in Israel for seven years as a caretaker for an elderly woman in Ashkelon. Israel told her family that she will be considered an honorary citizen. She was on a video call with her husband on May 11 when a Hamas rocket hit the house where she was staying.

Below are edited excerpts from that interview with Southern Jewish Life/Israel InSight (SJL/IIS)  magazines:

SJL/IIS: How would you characterize the relationship between India and Israel?

KULKARNI:  India and Israel are strategic partners. Our bilateral relations are very warm and forward-looking. Our engagement is multi-dimensional and wide-ranging.

One example of the level of mutual understanding and trust, which we have nurtured over the years, is the swiftness with which we reached out to each other to support our fight against the Covid-19 pandemic, by supplying essential medicines, equipment and kits when it was needed most urgently.

In fact, we are celebrating 30 years of the establishment of our diplomatic relations next year, which gives us an opportunity to review the progress made so far and steer our efforts towards building our relations on the established foundations.

We have a shared vision of raising our bilateral cooperation in diverse sectors to a qualitatively new level, in consonance with our strategic partnership.

We have bilateral consultation mechanisms and cooperation in all sectors of collaboration, including agriculture, water, scientific cooperation with special emphasis on research and development and high-tech, defense including cyber, counterterrorism and homeland security — which are the focus areas of our strategic cooperation.

SJL/IIS: Have you had much interaction with the Atlanta Jewish community?

KULKARNI: I have had many interactions with Atlanta Jewish people individually and with the community. For example, immediately upon my arrival in Atlanta, I attended the American Jewish Committee’s Annual Southeast Diplomatic Marathon in the first half of October 2018.

During that event it was nice to meet with a delegation of AJC leaders and share our perspectives on bilateral relations with the U.S. and Israel, as well as our historical connection between the Indian and the Jewish community.

SJL/IIS: Have you had much interaction with the Indian communities in Alabama and Mississippi?

KULKARNI:  As a part of our continued efforts to expand our outreach in the Southeast region, I regularly visit states in my jurisdiction, including Alabama and Mississippi.

In late 2018, I made my first trip to Huntsville, which has a large Indian American population.

You will be amazed to know that the film “Zero,” which was shot in Huntsville, was the most expensive Indian movie made that year, partly because of the technical equipment the plot required. So, our Bollywood zeroed in on Alabama and for locals, it was a thrilling experience.

In this regard, I visited Alabama and Mississippi as recently as last month and had a fruitful engagement with our community. We are proud of them as they are valuable bridge builders between India and the U.S.

SJL/IIS: Have you had much interaction with the Jewish community in India?

KULKARNI: Jews, since time immemorial, have found a welcoming homeland in India. Jews in India were never persecuted. In fact, during the Second World War, Maharaja of Nawanagar, Jam Sahib Digvijay Singji, at his own expense and risk, evacuated around a thousand Polish children from Europe, many of them Jews, and provided safe haven for them in India against hostilities and persecution. We continue to cherish the valuable contribution of Jews to Indian culture, traditions and values.

Soon after the formation of the State of Israel, there were those Indian Jews who chose to make Aliyah to Israel. The main waves of immigration into Israel from India took place in the 1950s and 1960s.

Currently, there are around 3,000 to 4,000 Jews in India and approximately 85,000 Jews of Indian-origin in Israel who are Israeli passport holders.

Omri Casspi, Israel’s first NBA player, retires and prepares for his next chapter

11 Things to Know as Israel Prepares for Tokyo Olympics 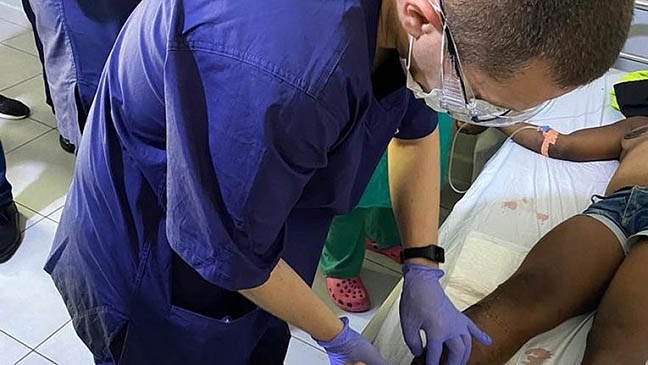