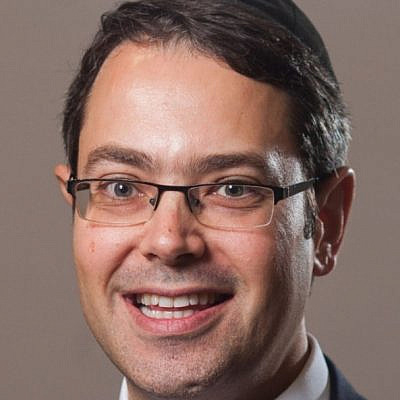 (JNS) — Despite everything you may have been reading or hearing these last few weeks, Israel has delivered the greatest moral miracle in the history of warfare. The conduct of the Israel Defense Forces vis-à-vis the protection of civilians on both sides has no equal or precedent. Indeed, Israel has set a new standard for the ethics of war.

This may sound shocking, given the cacophony of accusations leveled against Israel on social media. However, the vast majority of those shrill voices are long-term critics of Israel for whom it can do no right. The reality lies in a casualty count so low as to have no precedent in modern history.

Warfare is brutal. Urban warfare is hell. Since the 1990s, civilian deaths have accounted for some 90 percent of all casualties of urban warfare.

In recent decades, militias and terror groups have increasingly embedded themselves deep withing civilian populations. From Saddam Hussein’s infamous human shields to ISIS bunkers in civilian towns, the goal has been the same: a forced choice between destroying the enemy without regard to mass civilian casualties, or avoid the latter and fail to accomplish the former.

Perhaps no other group has mastered the horrific art of embedding itself among civilians like those hell-bent on destroying Israel. Hamas and Hezbollah consistently fire lethal rockets at Israel’s civilian centers from homes, offices, hospitals, schools and even U.N. buildings. Hamas has spent millions of dollars building a network of underground tunnels so vast it was nicknamed “the Metro,” and is designed to incur civilian casualties.

Some militaries are less concerned about civilian losses. In the battle for Aleppo, Syria and Russia used barrel-bombing and airstrikes against any infrastructure that might help win the battle, including deliberately targeting hospitals.

American and European forces, on the other hand, care deeply about avoiding and minimizing civilian losses. They employ a combination of strong intelligence and smart precision-guided munitions to limit collateral damage.

But in real-life battles, civilian deaths are often unavoidable. Coalition airstrikes against ISIS in Mosul inadvertently killed 3,200 civilians. British, French and American bombing of ISIS’s last stronghold in Raqqa killed 1,200 ISIS fighters and 1,600 civilians. When enemies embed themselves so deeply among civilians, even the most moral armies in the world cannot completely avoid civilian deaths.

Since the end of its previous war with Israel in 2014, Hamas used the time to re-arm itself with 13,000 rockets and with the intent to eventually overwhelm Israel’s Iron Dome missile-defense system. But it didn’t end with rockets: Hamas invested its resources to develop underwater tunnels, suicide drones and explosive submarines, all designed to break through Israel’s defenses.

And then there’s that Metro system. Far from investing in actual public transportation to benefit Gaza’s population, Hamas — Gaza’s ruling party — built a network of more than 300 miles of bunkers and launch pads placed directly underneath houses, schools and hospitals (it’s an open secret that the Hamas command bunker lies underneath the Shifa hospital). With 2 million civilians — 60 percent of whom are children — any Israeli airstrike would inadvertently kill thousands. According to that “logic,” such numbers would deter Israel from further action, and would — and does — create international pressure and calls for “restraint.”

In 11 days of fighting, Hamas fired 4,000 rockets at Israeli cities and towns. Israel pulverized Hamas, destroying 100 miles of tunnels, eliminating most of its significant military infrastructure, beating it into a ceasefire without conceding to its demands. But the high number of civilian deaths Hamas counted on did not happen.

Do not misunderstand. Every civilian death is a tragedy.

There were rockets that penetrated Israel’s Iron Dome, causing 12 deaths and hundreds of injuries. On the Palestinian side, Gaza’s Health Ministry claims 243 civilians were killed, including 60 children. Israel can name 225 Hamas and Islamic Jihad fighters who were killed. (Since the definition of “child” is anyone under 18, a 17-year-old Hamas fighter is legally registered as a child).

Many Gazans were killed not by Israel, but by the 600 Hamas rockets that fell short and landed inside the Gaza Strip, hitting homes and civilians. Whatever the precise civilian casualty count turns out to be, it is by far the smallest in the history of modern warfare.

Hamas scored 12 kills against Israel and dozens of civilian deaths on its own side. But Israel scored thousands of Israeli lives saved, as well as thousands upon thousands of Gazan “human shields” whose lives were likewise saved. Those thousands of lives saved constitute one of the greatest moral miracles of our time.

As for the shrill squad rallying to have the U.S. Congress cut military funding to Israel, missing not only the point but the greatest irony of all: It’s because of military aid, technology and shared moral values that thousands of Palestinians and Israelis are alive today.

Rabbi Daniel Rowe is the Executive Director of Aish U.K. He has played an instrumental role in the creation and development of many organizations and initiatives such as the Forum for Jewish Leadership, the Aleinu Conference, and Shabbat U.K.