Silence in the Face of Spreading Antisemitism is not an option 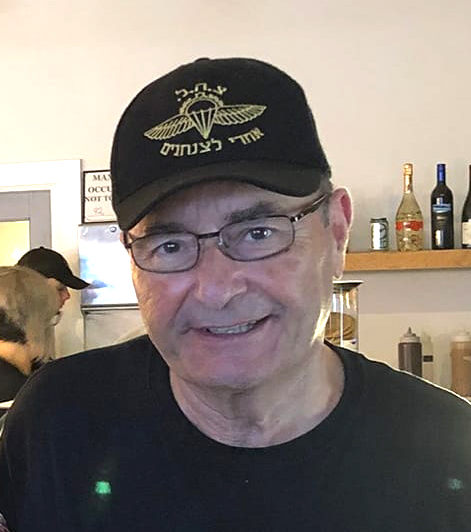 Something new and frightening happened in the U.S. during the recent 11-day rocket and missile war between Israel and U.S.-designated Palestinian terror group Hamas in Gaza that ended in a tentative cease fire on May 21. It was the outbreak of violent antisemitic attacks against Jews and disruption of pro-Israeli rallies in New York, Chicago and Los Angeles. Couple that with vandalism desecrating Jewish homes and houses of worship.

The Anti-Defamation League reported a 63 percent spike in incidents in May alone. Palestinian supporters in New York’s Times Square accosted a 29-year-old Jewish man wearing a kippah, who was punched, kicked and pepper-sprayed requiring hospitalization. In Los Angeles, five Jews suffered injuries after they were attacked by people waving Palestinian flags. In Tucson, Ariz., a synagogue was vandalized. In Chicago, a pro-Israel rally was disrupted by Palestinian supporters crying “Kill the Jews.”

President Biden condemned such violent attacks in response to a letter from the presidents of five major American Jewish organizations. In Israel, violent sectarian pogroms erupted in mixed Arab -Jewish towns like Lod, Acre and others. This was prompted by the conflict between Hamas and Palestinian Authority President Mahmoud Abbas, who cancelled elections. Abbas, elected for a four-year term in 2005, is serving in his 16th year in office. Abbas feared that Hamas would win in the West Bank.

During the pro-Palestinian rally in Pensacola on May 22, reported by the Pensacola News Journal, there were tee shirts emblazoned with “From the River to the Sea Free Palestine.” One photo showed a Kaffiyeh attired child holding a sign saying “Israel kills kids like me.” There were references to Israeli “occupation” and “apartheid.” Let us explore a few of these slogans to explain why they are dangerously antisemitic.

These slogans project a theme of Palestinian “victimhood,” the inference being there will be no peace in the Middle East without first addressing Palestinian grievances. This was upended by normalization of relations between Israel and Muslim majority emirates, kingdoms and republics orchestrated by the former Trump Administration under the Abraham Accords: United Arab Emirates, Kingdom of Bahrain, Kingdom of Morocco, and Republic of Sudan. Peace with Israel appeared more in line with a regional alliance to deter threats from the Islamic Republic of Iran and proxies in Iraq, Hezbollah in Lebanon, the Houthi rebels in Yemen and the Palestinian Islamic Jihad and Hamas in Gaza.

The “river to the sea free Palestine” slogan connotes destruction of the sovereign Jewish nation of Israel, established under U.N. Resolution 191 in November 1947, converting the former British Palestine Mandate into two states: one Arab and the other, Jewish. In May 1948, when Israel declared its independence, the new Jewish State was invaded by five Arab armies. Palestinian Arabs were urged to leave by their leaders so Arab armies could destroy Israel, seizing its lands and properties. The Israeli victory in its War for Independence is what Palestinians call “al Naqba” — the catastrophe. Israel’s victory in the June 1967 Six Day War reunified Jerusalem, ending the 19-year occupancy of the West Bank by the Kingdom of Jordan. That established a process under U.N. Resolution 242 for resolving borders of the “disputed territories.” The 1993 Oslo Accords with PLO head Yasser Arafat established the Palestinian Authority and a process to achieve “two states for two peoples.” In July 2000, Arafat refused a deal with Israel at Camp David that would have granted virtually 98 percent of his demands. Instead, he chose to initiate a Second Intifada terror war against Israel. To paraphrase Israel’s first Foreign Minister, Abba Eban on Arab peacemaking, “the Arabs miss every opportunity to miss an opportunity” for peace.

The “killing of Palestinian children” sign refers to the false ancient antisemitic blood libel accusing Jews of killing children for their blood used in preparing Matzah or unleavened bread for the holiday of Passover celebrating the Biblical liberation of ancient Hebrews from tyranny in Egypt. Hamas estimated that there were 256 civilian fatalities in this latest Gaza war, including 66 children. Could they have been the victims of an estimated 680 of the more than 4,350 rockets indiscriminately fired by Hamas and the Palestinian Islamic Jihad that fell short in Gaza? Israel suffered 13 fatalities, including 2 children, from the estimated 55 rockets not intercepted by the Iron Dome defense system.

A controversy arose over Israeli Air attacks on targets in Gaza. The UNWRA director in Gaza called them “precision.” IDF doctrine requires direct communication with civilian targets in Gaza issuing warnings via Arabic language cell calls and texts and literal “knocks on the roofs.” Hamas demanded the UNWRA director retract his statement. His replacement discovered a Hamas tunnel under an UNWRA school.

Accusations of Israeli “Apartheid” is another racist libel from Palestinian propaganda. American civil rights icon, Dr. Martin Luther King, espoused Zionism saying: “Israel must exist and has the right to exist and is one of the great outposts of democracy in the world”. On April 27, 2021, the Human Rights Watch released a controversial report “A Threshold Crossed; Israeli Authorities and the Crimes of Apartheid and Persecution.”

Seth Frantzman of The Jerusalem Post said HRW’s report noted: “Reports slamming Israel for ‘apartheid’ have been driven by a desire to reset the definition of apartheid and redefine Israel, the Gaza Strip and the West Bank as one state.”

Clifford D. May, president of the Washington Foundation for the Defense of Democracies said “Israel is already a majority-rule nation. The 20 percent of Israeli citizens who identify as Palestinians or Israeli Arabs vote, run for office, hold seats in the Israeli parliament, serve as judges, including on Israel’s Supreme Court, work as doctors in (not segregated) hospitals, attend (not segregated) universities, eat-in (not segregated) restaurants and relax on (not segregated) beaches. The same is true for Israeli Druze, Christians, Bedouins, Circassians and other minorities about which HRW appears ignorant.

“To call that apartheid requires twisting the meaning of the word beyond recognition — which HRW does. And it cannot have escaped HRW’s notice that in no other countries of the broader Middle East do ethnic and religious minorities enjoy similar rights and freedoms. Which means that the activists at HRW have chosen to apply a separate and unequal standard to Israel. That alone constitutes antisemitism.”

The University of West Florida Muslim Student Association organized the Palestinian protest in downtown Pensacola, which while conducted under the aegis of Freedom of Speech of our First Amendment, delivered not “news” but factually unsupported propaganda seeking the “demonization, delegitimization and destruction” of America’s special ally and only democracy in the Middle East, the sovereign Jewish nation of Israel.

Op-Ed: It’s time to put United Church of Christ on trial for antisemitism