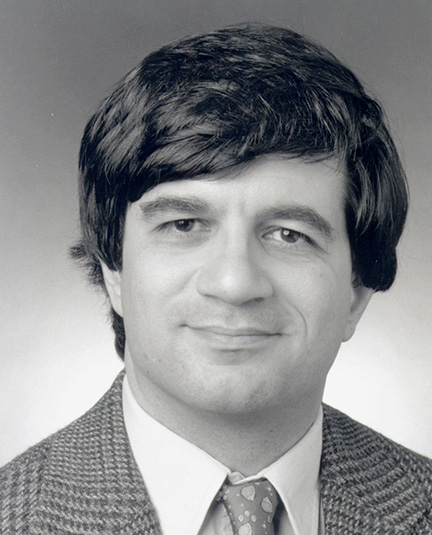 (CAMERA) — Human Rights Watch has just published Gaza: Apparent War Crimes During May Fighting, supposedly examining Israeli strikes in Gaza, and it comes as little surprise that their conclusion is that Israel committed significant war crimes.

Little surprise because Human Rights Watch has become notorious for its rank bias against Israel, both in the radical anti-Israel activists it hires as country directors and researchers, and in the extremely tendentious reports that inevitably result.

A signal example of this bias is that the very first case Human Rights Watch cites in its current report is a bombing in Beit Hanoun that was actually due to an errant Palestinian rocket (see below).

But before getting to the details, it’s important to provide some context. First, this report perfectly illustrates the kangaroo-court techniques that HRW habitually employs against Israel, such as claiming that its investigators could not see any military objective in a target supposedly hit by Israel, portraying this as proof that there wasn’t one and that the strike was therefore a war crime. Does it really not occur to HRW that Hamas might have removed evidence to make it seem the site was not a legitimate military target?

Does it really not occur to HRW that its investigators might have missed evidence, and that Israel might have better evidence it can’t disclose in order to protect sources and methods?

HRW knows that Hamas executes alleged collaborators, and in the wake of the May fighting plans to execute more alleged collaborators, which would tend to argue both that Israel had good intelligence backing up its targeting, and that Israel must do everything possible to protect its assets within Hamas. This, of course, would include not providing Human Rights Watch with the specific intelligence that led it to target a site.

And if it’s a site that Israel denies hitting, does it not occur to HRW that Hamas might have cleaned the site, removing evidence that Hamas munitions caused the damage, and planting evidence of Israeli munitions that had been collected elsewhere? Such may well have been the case in the Beit Hanoun incident.

Furthermore, who are these HRW investigators operating in Gaza, all of whom are local Gaza residents? Why, in the interest of transparency, doesn’t HRW disclose their names? Do any of these people also work for Hamas or Islamic Jihad or similar groups, or do they have family members who do? Even if they wanted to, could the local HRW investigators safely provide evidence that Hamas would prefer to keep secret?

Did HRW have unfettered access to Gaza? Could it go wherever it wanted, whenever it wanted, and without official “guides” or “minders”? If not, shouldn’t HRW disclose just what limitations it agreed to and how it justifies accepting these limitations?

Did HRW ask to see Hamas tunnels and underground facilities, to independently judge with expert help if they would tend to undermine the buildings above?

Did HRW ask to see Hamas tunnels and underground facilities to determine if underground Hamas sites were indeed targeted and damaged by Israeli strikes? If not, why not?

Did HRW investigators ask Hamas to prove that its tunnels are not hidden underneath residential areas? If not, why not?

Did HRW investigators descend into the Gaza roadways that collapsed into deep craters after bombings, to see if indeed there was evidence of underground Hamas facilities? If not, why not?

Here is how Human Rights Watch describes the three incidents that constitute the evidentiary basis for its report:

On May 10 near the town of Beit Hanoun, an Israeli-guided missile struck near four houses of the al-Masri family, killing 8 civilians, including 6 children. On May 15 a guided bomb destroyed a three-story building in al-Shati refugee camp, killing 10 civilians, 2 women and 8 children from two related families. And on May 16 a series of Israeli airstrikes lasting four minutes struck al-Wahda Street in Gaza City, causing three multi-story buildings to collapse, killing 44 civilians. The Israeli military said it was targeting tunnels and an underground command center used by armed groups, but presented no details to support that claim.

We will deal here with the first and third cases and will update this report with details concerning the second case.

It’s frankly astounding that HRW would cite as an Israeli war crime the tragic explosion in Beit Hanoun that devastated the al-Masri family, since it’s been clear from the start that it was caused by an errant  Palestinian projectile. According to a tweet from the very anti-Israel group Defense for Children International-Palestine, the explosion occurred on the first day of fighting at around 6 p.m., just as Hamas began attacking Israel.

Crucially, this was before Israel even began to respond, proving without any doubt that the explosion and the resulting deaths were due to a Palestinian rocket. Israeli sources have specifically confirmed this timing, here and here.

HRW quotes local witnesses who claim to have seen the projectile approach to argue it was Israeli, but would these residents be able to safely disclose the opposite? The evidence is that doing so would be risking their lives.

The IDF also published infrared drone video from the first few days of fighting showing a Palestinian rocket being launched and two seconds later exploding in a residential area of Gaza.

Considering the size of the explosion, it’s almost certain that this errant Palestinian rocket caused Palestinian casualties. Did Human Rights Watch present this footage to Hamas and ask them whether they took responsibility for the rocket and the resulting casualties? If not, why not?

Related to this is the fact that some 680 Palestinian rockets fell short and exploded in Gaza. There is no question, as in the Beit Hanoun case, that these errant rockets caused Palestinian casualties. The present author has conservatively estimated that around 91 Palestinians were likely killed by these Palestinian rockets. Did HRW ask Hamas about these deadly errant rockets, and whether they have taken responsibility for the deaths and damage caused? If not, why not?

We now turn to the May 16 bombing on al-Wahda Street in Gaza City, causing three buildings to collapse, resulting in the deaths of 44 people. At least in this case, there is no doubt that the building collapses were triggered by the Israeli attack, in the sense that had Israel not dropped the bombs the buildings would not have collapsed. But buildings across the street did not collapse, perhaps because Hamas tunnels and excavations undermined the buildings above them that collapsed, but not the adjacent buildings.

Again, HRW seems to believe that Israel is somehow obligated to disclose to it sensitive information relating to sources and methods, which it is not. And as to HRW’s claim that it found no evidence of tunnels or other underground Hamas facilities under al-Wahda street, the question again is not what evidence they allegedly didn’t find, but even assuming they were reliable and independent, what they were allowed to investigate.

For example, were the locals employed by HRW allowed to explore the large craters in al-Wahda street? If not, why doesn’t HRW disclose this?

In 2004, before Israel’s withdrawal from Gaza, an HRW report discussed ground penetrating radar and other engineering techniques that Israel could use to find tunnels in Gaza, rather than destroying homes concealing the tunnel openings. So HRW cannot claim ignorance of these techniques.

Which raises an obvious question: Did HRW employ ground penetrating radar or other engineering techniques to independently verify whether there are tunnels under al-Wahda street? Surely Hamas would have no reason to oppose this, since they deny the existence of such tunnels. So did HRW try to use these technical methods? If not, why not? If yes and Hamas refused, why is this not disclosed?

In 2009 Robert Bernstein, the Founder and long-time Chairman of Human Rights Watch, publicly denounced the organization in a New York Times op-ed, with words that could have been written yesterday:

But how does Human Rights Watch know that these laws have been violated? In Gaza and elsewhere where there is no access to the battlefield or to the military and political leaders who make strategic decisions, it is extremely difficult to make definitive judgments about war crimes. Reporting often relies on witnesses whose stories cannot be verified and who may testify for political advantage or because they fear retaliation from their own rulers. Significantly, Col. Richard Kemp, the former commander of British forces in Afghanistan and an expert on warfare, has said that the Israel Defense Forces in Gaza “did more to safeguard the rights of civilians in a combat zone than any other army in the history of warfare.”

Only by returning to its founding mission and the spirit of humility that animated it can Human Rights Watch resurrect itself as a moral force in the Middle East and throughout the world. If it fails to do that, its credibility will be seriously undermined and its important role in the world significantly diminished.

This Human Rights Watch report, like its other work on Israel, is fatally compromised by the organization’s malignant hatred for Israel, its effective denial of Israel’s right to exist and to defend itself, and its betrayal of its own founding principles, exactly what was decried by its founder Robert Bernstein. Were Bernstein alive today, how depressed he would be to learn that the organization he founded and poured so much of his life into has only gotten worse – much worse.