Jews could use more friends 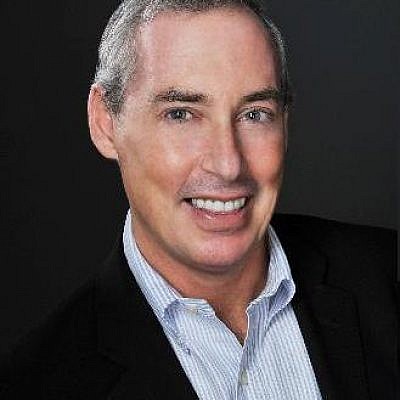 (Jewish Journal) — Winston Churchill famously said that “nothing in life is so exhilarating as to be shot at without result.” In the last several days, those of us who are part of the Jewish and pro-Israel communities have been repeatedly reminded of Churchill’s maxim. While the bullets flying in our direction are metaphorical rather than ballistic, we’ve spent a lot of time recently dodging incoming political missiles with the potential to do great damage to the Jewish people and homeland.

Most visible in the latest fusillade was last week’s congressional fight over whether the United States should provide financial assistance to help the Israeli military restock its Iron Dome defense system after their war with Hamas earlier this year. A small group of progressive Democratic House members forced their leadership to eliminate a $1 billion earmark from a must-pass government funding bill, and although the spending was later approved in a separate measure, it provided an opportunity for a vocal and growing faction of Israel’s congressional foes to air their grievances with the Jewish state’s efforts to defend its people against thousands of missiles fired at civilian targets.

In California’s state capitol, meanwhile, legislation creating a mandatory ethnic studies course for the state’s public schools was awaiting Governor Gavin Newson’s signature. The bill is a vast improvement over the original version, which included a curriculum that neglected to mention anti-Semitism as a type of racial or ethnic hatred and uncritically held up the anti-Zionist BDS crusade as a worthwhile social movement. But it still allows for that objectionable earlier draft to be taught in local schools, and there is a well-organized advocacy effort to persuade school districts to use it.

And here in Los Angeles, a faction of United Teachers of Los Angeles union members had introduced a motion to be considered by the organization that would have put them on record in support of the BDS movement, following similar successful efforts by the Seattle and San Francisco teacher unions. The Jewish Federation L.A. effectively marshalled a broad-based opposition campaign and was able to convince union leadership to indefinitely table the proposal, but the fact that such a fight was necessary provided an uncomfortable reminder of the pervasiveness of anti-Zionist and and-Semitic sentiment in political circles.

Along with the excitement that often accompanies such near-misses, narrowly averted disasters can also provide a false sense of security and safety. But these missives show no sign of abating in the future. A recent poll from the Louis Brandeis Center found that a majority of the Jewish college students surveyed had experienced anti-Semitism on their campuses and more than 60 percent had felt unsafe as Jews during their college experience. Half of the respondents have felt the need to hide their Jewish identity on campus or in virtual campus settings. More than half said they “are somewhat or very reluctant to share their views on Israel.”

The Brandeis poll also showed that about a third of Jewish students said they’re worried about online harassment or being “marginalized or penalized” by a professor. Which means that many of this country’s future leaders are actually being taught that demonizing Israel and denigrating Jews is acceptable behavior.

While most of these attacks are not hitting their targets, it is increasingly clear that our community is perpetually playing defense. It is also clear that there aren’t many others willing to stand with us, even those who face similar challenges to our own.

Some of this is our own doing. Compared to previous generations of Jewish-Americans, our outreach to other minority and underrepresented communities is insignificant. We have never found a cohesive way to establish ties with evangelicals and other religious groups that share our commitment to Israel. And as Muslims face abhorrent persecution in Northwest China and elsewhere, Jewish efforts to stand with them against such oppression are sporadic at best.

Jews represent approximately two percent of this country’s population. If we want to escape our ongoing exposure to Churchill’s definition of exhilaration, then perhaps American Jews should renew our commitment to building alliances with others who are subject to such threats. There are times when even the chosen people need a few more friends.

Dan Schnur teaches political communications at UC Berkeley, USC and Pepperdine. He hosts the weekly webinar “Politics in the Time of Coronavirus” for the Los Angeles World Affairs Council & Town Hall. This article first appeared in the Jewish Journal.