(JNS) — Irish novelist Sally Rooney thinks that she’s an advocate for human rights, and that prejudice and hate have nothing to do with her work or her various political stands. As far as Ben Cohen and Jerry Greenfield — the Ben and Jerry who founded the eponymous ice-cream brand — are concerned, they are among the nation’s foremost progressives. The pair believe that they are righteous advocates for social justice.

Yet despite their well-advertised good intentions and enormous self-regard, Rooney, Cohen and Greenfield are promoting hatred against Jews. What makes it so infuriating is that none of them — and others who also support the BDS movement that targets Israel — are honest enough to own up to the consequences of their actions. By refusing to acknowledge that backing a movement that seeks Israel’s destruction is itself inherently antisemitic, they are not only in denial about what they are doing but demonstrating the way contemporary intellectual fashions on the left are enabling hatred that singles out Jews.

Rooney’s case is pretty straightforward, despite her attempts to cling to the illusion that she has the moral high ground.

The novelist, whose third book, “Beautiful World, Where Are You,” has just been released, has told the Israeli publishing house that handled her two previous works of fiction that she would not allow them to put out the new one. According to the company, Modan Publishing, she told them that she wasn’t interested in having her book published in Hebrew or in Israel. Subsequently, she said that prompted by a libelous report put out by Human Rights Watch that falsely labeled Israel as an “apartheid state,” she supported the BDS movement, which calls for an end to all commerce and contacts with the Jewish state.

She told The New York Times in an email that while she had nothing against having her writing appear in Hebrew, “I simply do not feel it would be right for me under the present circumstances to accept a new contract with an Israeli company that does not publicly distance itself from apartheid and support the U.N.-stipulated rights of the Palestinian people.” In a further clarification, she said she was “responding to the call from Palestinian civil society” and expressing solidarity with “their struggle for freedom, justice and equality.”

Two things about her position need to be understood clearly.

One is that the goal of BDS isn’t to adjust Israel’s policies toward the West Bank and Hamas terrorist state in Gaza or to advocate for Palestinian independence as part of a two-state solution. Its aim is the eradication of Israel, the one Jewish state on the planet. The talk about apartheid isn’t merely a distortion of the anomalous situation in the territories where Palestinians have repeatedly rejected peace offers; it’s their false description of life inside the only democracy in the Middle East.

As The Guardian reported, Rooney was one of many literary types who signed a “letter against apartheid” published in May which spoke of 1948 (and not 1967, when Israel came into possession of the West Bank as part of a defensive war) as the beginning of “Israeli settler colonial rule” and referred to Israel’s attempts to defend its citizens — Jew and Arab alike — against more than 4,000 terrorist rockets and missiles fired from Hamas in the Gaza Strip as a “massacre of Palestinians.” Simply put, the letter is not only a compendium of anti-Israel lies and antisemitic stereotypes but incompatible with any notion of peace that doesn’t involve Israel’s destruction.

That means that in order to comply with Rooney’s definition of an Israeli company that distances itself from “apartheid,” they would have to join that call for their nation’s elimination.

Somewhat more subtle but no less damning was Cohen and Greenfield’s explanation for the partial boycott of Israel that is being carried out by the company they founded but subsequently sold to the Unilever Corporation.

In an interview with Axios broadcast on HBO, the pair sought to defend the decision of the woke independent board that they insisted on putting in place when they sold their company. They consider the decision to drop their Israeli partner and ban the sale of its products in parts of Jerusalem illegally occupied by Jordan from 1949 to 1967, as well as in the West Bank, to be a protest against what they claim are Israel’s illegal policies.

But when Axios reporter Alexi McCammond asked them why they thought it was right to boycott Israel but not other places whose policies they disagree with, the pair was stumped.

McCammond wanted to know why they weren’t halting the sale of ice-cream in Texas, which has passed a law against abortion after a fetal heartbeat is detected and which all progressives oppose. She also asked why they weren’t boycotting the state of Georgia, which has an election integrity law that liberals blasted and that motivated Major League Baseball to move its 2021 All-Star Game from Atlanta to Denver.

The answer to these queries was stunned silence followed by a nervous laugh. As Axios reported: “I don’t know,” Cohen said with a laugh. “It’s an interesting question. I don’t know what that would accomplish. We’re working on those issues, of voting rights… I think you ask a really good question. And I think I’d have to sit down and think about it for a bit.”

When he was pressed about Texas and the new abortion laws, he replied “by that reasoning, we should not sell any ice-cream anywhere. I’ve got issues with what’s being done in almost every state and country.”

Of course, Ben & Jerry’s isn’t going to stop selling its products in Texas and Georgia. Virtue-signaling their support for environmentalism and other fashionable leftist causes has proven profitable for their company. They’re not going to endanger their bottom line by pulling out of areas where they make big money.

It’s no accident that Israel is the country that is always singled out by so-called human-rights advocates for its alleged crimes even though other nations, which are actual tyrannies, get ignored. Israel is the only nation in the world that has spawned a worldwide movement that aims at its destruction. Only Jews and Jewish rights are treated in this manner, which is to say that BDS, in whatever form it takes, is, like anti-Zionism itself — inherently antisemitic. And the fact that some Jews, like Cohen and Greenfield, or groups with Jewish names like Jewish Voices for Peace, which promotes antisemitic blood libels, support it doesn’t give them a pass for a movement that targets their own people for hate and discrimination.

That’s why laws being pushed in states all around the country to punish those companies that engage in discriminatory commercial conduct against Israel and Jews are not only not a violation of free speech but desperately needed.

In much of the mainstream media and polite liberal society, BDS is still treated like a legitimate protest rather than antisemitism. The growing acceptance of critical race theory and intersectionality is part of the reason for this since those toxic ideas provide a permission slip to antisemitism so long as it is cloaked in the rhetoric of the left.

But the actions of people like Rooney and Ben & Jerry’s rip the veil from this subterfuge. Those who think that only Israel’s efforts to defend itself against the Palestinian war on its existence or to assert Jewish rights are the most intolerable acts happening anywhere on the planet mustn’t be allowed to pose as do-gooders. Whether actively or passively, they are complicit in a hate campaign with an antisemitic goal that essentially justifies terrorist violence. Those who engage in such despicable behavior deserve the same opprobrium and boycotts that they would use against Israel and the Jews. 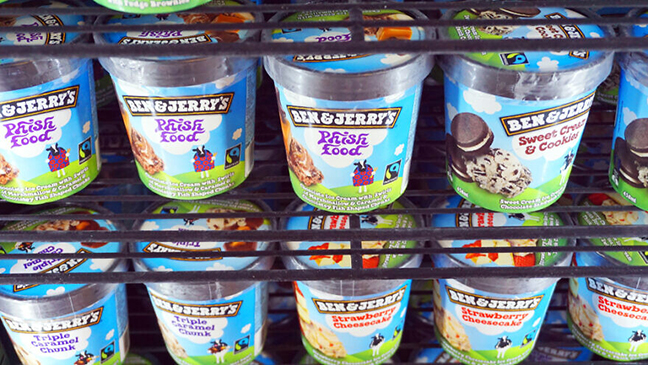 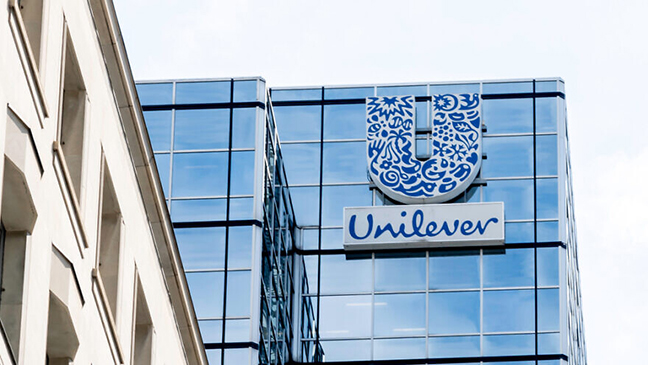