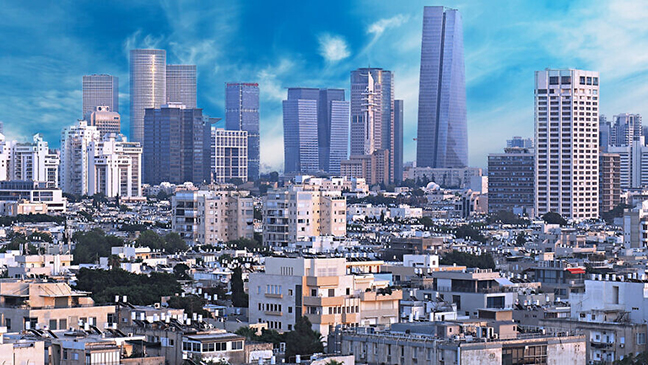 (JNS) — Israeli exports could reach at least $135 billion and possibly $140 billion in 2021, boasted a report released last week by Israel’s Ministry of Economy and Industry, calling the rise of at least 18.5 percent over 2020 “an unprecedented increase.” Not only is it a record in terms of the volume of export growth in a single year, it’s the first time in Israel that services exports (51 percent) exceeded goods exports (49 percent). The report doesn’t include fourth-quarter numbers.

“First of all, the story is growth,” said Ohad Cohen, director of the Foreign Trade Administration at the Economy Ministry, whose department released the report. “The average growth of Israeli exports in the last decade was about 5 to 6 percent. Exports in 2020 went down by about 3 percent compared to 2019, but from 2020 to 2021, we’re talking about nearly 20 percent growth,” he told JNS.

The second part of the story is the rise of services exports. Services are divided into several categories, but the two segments driving growth are software, and research and development — growing 25 percent and 15 percent, respectively.

“If you look back to 2015, software exports from Israel were about 12 percent of the overall exports. Six years later, in 2021, it’s 24 percent. Software’s almost one-quarter of Israel’s exports,” said Cohen. “This was something that we thought would happen in 2024-2025, but it came earlier.”

He anticipates services exports to remain higher than goods exports going forward. “There are so many high-tech companies that do not produce products, but rather technologies — applications, web services, etc. — and that’s dominating Israeli exports today.”

Arie Reich, vice rector at Bar-Ilan University and an expert on international trade law, told JNS that the upsurge of services over goods is a worldwide trend among developed countries. “It has to do with the fact that the production of goods takes labor, and labor costs are cheaper in developing countries, in poorer countries,” he said.

Reich said Covid-19 likely gave a boost to Israel’s service exports, noting that the pandemic led to a rise in e-commerce, with many people turning to online shopping. Israel is heavily involved in e-commerce as well as financial technology (fintech). “All that financial activity attracts hackers, which in turn creates a greater demand for information security. We have a lot of Israeli companies who are very big in online security,” he said.

Cohen agreed that the pandemic spurred software services. “Zoom, Microsoft Teams — all these applications existed before Covid-19, but no one knew or heard about them,” he said. “Think how many things you are doing now virtually that you didn’t do two years ago. We have many companies in these fields. In a way, Covid-19 accelerated the growth of Israeli companies in the software sector.”

It should be noted that Israel’s services exports overtook goods exports even as the latter recovered in 2021. Goods exports grew about 15 percent, particularly due to diamond exports, “which grew at a rate of about 65 percent after years of contraction and crisis in the industry in Israel,” according to the ministry’s report.

Cohen attributed the overall exports growth to several factors, including the fact that Israeli industry is not dependent on manufacturing and so didn’t suffer from the supply-chain problems that have plagued other countries. He also noted that the move from office to home during the pandemic went smoothly in Israel.

He also credited the government with making several key decisions 10 years ago. “The first was to decide to make sure that our exports continued to grow. Secondly, to increase the number of exporting companies, and the third — the most important one — was to diversify our exports not only geographically, but to make sure to support every emerging industry with the right tools.”

One of those tools was the opening of commercial offices in the developing world in order to help Israeli companies. “We opened offices in Ghana, Nairobi, Rio de Janeiro, Manila and other places,” he said. Those offices were particularly helpful to Israeli exporters who were stuck at home and needed to resolve shipment problems during the pandemic. “During Covid, the number of requests that we received from Israeli companies was much higher than we have normally,” he said.

Cohen sees very little to critique about the numbers, only saying he would like to see tourism bounce back and maritime transportation numbers (freight prices have soared worldwide) return to their pre-pandemic levels.

Reich added that given the importance of high-tech, he would like to see greater investment in education at the high school level to encourage students to enter science and math fields. He said more focus should be put on Israel’s periphery, areas like the Galilee and Negev, which lag behind Israel’s central region in terms of educational opportunities.