This One’s for You JC 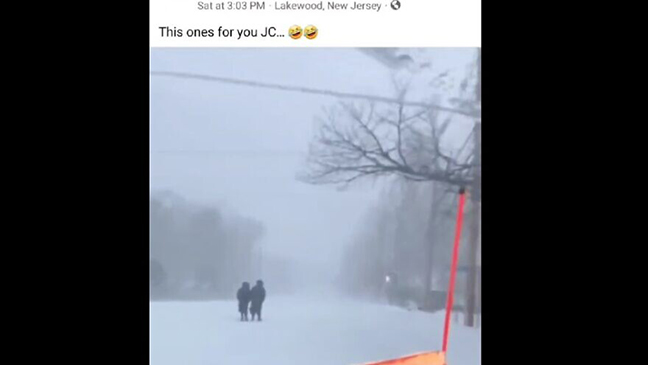 by Jonathan Feldstein and Shawn Hyland

A New Jersey evangelical minister and Orthodox Jew walk into Congress… it sounds like the beginning of a quirky joke, but in fact it’s how we developed a close, warm friendship. Years ago, for a number of years in a row, we participated together in the annual Christians United for Israel Washington Summit. Shawn Hyland of Bayville served as the CUFI New Jersey state coordinator. As such, he coordinated an annual day of meetings to lobby New Jersey’s Congressional and Senatorial representatives on issues related to and in support of Israel. Shawn always provided the final briefing before “hitting the Hill.”

Jonathan Feldstein grew up in Princeton and lived in Bergen County until moving to Israel in 2004. He is president of the Genesis 123 Foundation whose mission is to build bridges between Jews and Christians, and Christians with Israel, something he’s done for most of his adult life. When participating in the CUFI Summit, he’s sometimes been the only person lobbying his N.J. Congressperson, ironic as an Orthodox Jew as part of a Christian organization.

It may appear to be an unlikely friendship, but it’s rooted on strong common Biblical principles, mutual respect, support for Israel, and a genuine warmth that’s developed and has been a mutual blessing.

On Jan. 29, a horrific incident that took place in Lakewood, near where Shawn lives. A snowplow driver, Donny Klarmann, was filmed “allegedly” lowering his plow and throwing heaps of snow and ice on a pair of Jewish men walking on the opposite side of the road. As he passed, in the video he posted to social media, one hears grotesque laughing from Klarman and a co-worker. The incident was punctuated with the comment, “This one’s for you JC.”

There are many reasons to be horrified by this antisemitic assault. It’s become more common throughout the U.S. for antisemites to give action to their hateful thoughts and stereotypes. It was dangerous and could have caused serious injury. It’s illegal. These are the “facts” of the incident that were widely reported, along with the fact that Klarmann was fired from his job. It’s anticipated that charges will be pressed.

But as devout Jew and Christian, respectively, the thing that struck us the most was the driver’s invoking “JC,” which had only one meaning. Not Jackie Chan, Joan Crawford or Joan Collins. Not Jimmy Connors, Jimmy Choo, or even Jimmy Carter, despite his antisemitic tendencies. But Jesus.

Not only is what Klarmann did gross on personal and legal levels, it’s hateful and goes against every teaching of Jesus. To commit a hate crime against another person, much less a Jew, in Jesus’ name, is theologically warped on many levels.

What’s clear is that not only did Klarmann not have any qualms of doing something so vile, he did so in the name of Jesus, as if it were an act of faith. We were left wondering whether in his hate for Jews, had Klarmann driven by Jesus walking in the snow, would he have done the same thing, since Jesus was a Jew? How could anyone do something as a Christian that is against Jesus’ own brethren, and his teachings? Would a real Christian do anything so hateful and antisemitic?

The proper Christian response and rebuke of Klarmann and his actions, along with that of any other antisemitic action, is found in Matthew 25:40, “Truly, I say to you, as you did it to one of the least of these my brothers, you did it to me.” How perverse that Klarmann’s actions, in the name of Jesus, would cause Jesus direct offense.

Shawn echoed Jesus’ words, “The actions of a rogue plow operator illegally and recklessly lowering his plow to intentionally target two Orthodox Jewish men walking on a Saturday was beyond shocking. Viewing this immoral act on video was outrageous enough, but doing so, for Jesus, to justify his hateful actions should offend people of all faiths. To dedicate a hate crime and assault to Jesus goes against all Christian teaching. His dangerous actions and mocking laughter do not reflect a genuine person of faith, especially one identifying as Christian. Such blatant and outright antisemitism is unheard of in contemporary churches. Undoubtedly, the Church’s history of antisemitism still infects parts of the global Church, and is something for which we must confront and repair.”

“Historically, antisemitism among Christians, is not due to our faith in Jesus Christ, but despite our faith. The words and teachings of Jesus are in stark contrast to the unexplainable actions of many self-identified Christians concerning their relationships with Jewish communities. Today, those who have a true heart of faith would never consider much less condone any act that would physically harm a Jewish person — or anyone. To be clear, the Jewish community should be reassured that this individual does not represent the views or reflect the actions of those who follow Jesus. He is not your Christian neighbor.”

From a Jewish perspective, Feldstein noted, “Sadly, the history of the Church, from the third century and including the Protestant Reformation under Martin Luther, is littered with replacement theology, antisemitism, acts of hatred, persecution, and even murder. Historically, while Jews may not know much about Christians and Christianity, the lesson that’s been instilled throughout the generations is that Christians not only are not our friends, but cannot be trusted. Some of us won’t even say Jesus’ name. The actions of this one individual and the media that it received simply magnify Jewish distrust for Christians and Christianity.”

We call upon our Christian brethren to decry any acts of antisemitism, whether emanating from the Church or not, and to show unconditional love to the Jewish community. We call upon Jews to see that true Christians are not enemies of the Jewish community but allies and friends. While we differ on the identity of Jesus, we do and can agree that we worship our Creator from our respective traditions, but we must do so with mutual respect. To that end, this one’s for you JC.