(HonestReporting) — The tremendous growth that Netflix has achieved in just over two decades has been attributed to a culture that encourages outside-the-box thinking so as to create “empathy and understanding” through the stories the platform tells.

If so, how is it that a senior executive at the streaming service that offers over 221.8 million subscribers worldwide a dizzying array of movies, tv-series, shows, performances and documentaries has been allowed to go on an anti-Israel and anti-Zionist tirade on social media, labeling the Jewish state as “violent, racist, colonial and apartheid” without being held to account?

According to a report that has to date only appeared in local Israeli media, Hala Gabriel, Production Finance Executive at Netflix, has commented about the “dangers” of supporting Israel, which she says was founded “under the auspice and claim that Russians and Europeans may have had some presence in Palestine thousands of years ago.”

In another post written under her ‘Tantura Film’ Twitter account, Gabriel said: “‘Israel’ was founded on committing genocides and covering them up and twisting the facts. They continue the violation of Palestinian human rights in many forms until today. Amnesty defines Israel as practicing apartheid.”

Gabriel, an American of Palestinian descent who grew up in Syria and the U.S., is also a production supervisor and production accountant for several major studios in Los Angeles. An unfunded production of Gabriel’s was a documentary titled, “The Rabbis’ Intifada” that “follows four [Neturei Karta] rabbis across the globe to find out why they support Palestinian liberation when most other rabbis won’t.”

Neturei Karta is a fringe group, consisting of a mere 5,000 members (0.03 percent of the worldwide Jewish population), who reject the existence of the State of Israel. Neturei Karta members believe that Jewish sovereignty in the Holy Land can only be established following the arrival of the Messiah.

Despite their microscopic numbers, some of the world’s leading anti-Zionists attempt to depict Neturei Karta as maintaining views that are representative of the Jewish people as a whole. 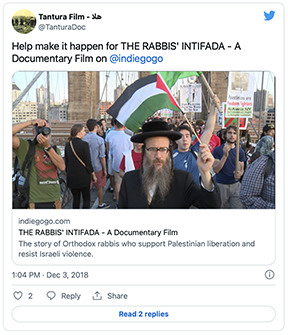 This false impression makes it easier to make the argument that if “even Jews are against the existence of a Jewish state, why shouldn’t I?”

Netflix and the ‘Palestinian Experience’

Gabriel’s social media comments call into question a crucial decision made by Netflix regarding its programming. In October of last year, Linda Sarsour tweeted about Palestinian films and documentaries arriving on Netflix. She urged her 325,000 followers to “learn about the Palestinian experience.”

Sounds innocuous enough, until one realizes that out of the 17 films and documentaries advertised by Sarsour, the vast majority featured either a plot or subtext that was nakedly hostile to the existence of Israel.

And in contrast to many of the films and television series made in Israel that have very little to do with ‘the conflict’ or Palestinians, Netflix’s selection of Palestinian films was focused on perpetuating the victimhood narrative. In this alternate cinematic reality, Palestinians are depicted as living in refugee camps or prisons. The ‘Palestinian experience’ as defined by Sarsour is disconcertingly narrow, one that is largely comprised of living in the shadow of checkpoints and security barriers.

Similar to Hala Gabriel, Linda Sarsour has a history of echoing the age-old antisemitic trope that Jews believe they are a “superior” race. Sarsour has publicly declared that Israel was founded on the idea of “Jewish supremacy.”

Evidently, Netflix regards Palestinian cinema as a legitimate way to teach the public about the lives of Palestinians living in the West Bank and the Gaza Strip. Indeed, the streaming service believes that “…more people deserve to see their lives on screen, and are committed to creating opportunities in front of and behind the camera for people from all backgrounds and cultures.”

But by perpetuating mischaracterizations about Israelis, Palestinians, and the lives they live, the worldwide streaming platform is confusing real-life stories with agenda-driven fables.

Netflix not holding Hala Gabriel accountable for her inflammatory remarks about Israel is thus akin to acquiescence.

To call on Netflix to respond to the comments made by Hala Gabriel, contact Netflix, either at resolutions@netflix.com or at info@netflix.com

Gidon Ben-Zvi, former Jerusalem Correspondent for The Algemeiner newspaper, is an accomplished writer who left Hollywood for Jerusalem in 2009. He and his wife are raising their four children to speak fluent English – with an Israeli accent. Ben-Zvi’s work has appeared in The Jerusalem Post, The Times of Israel, The Algemeiner, American Thinker, The Jewish Journal, Israel Hayom, and United with Israel. Ben-Zvi blogs at Jerusalem State of Mind (jsmstateofmind.com). This piece originally appeared in HonestReporting.com. 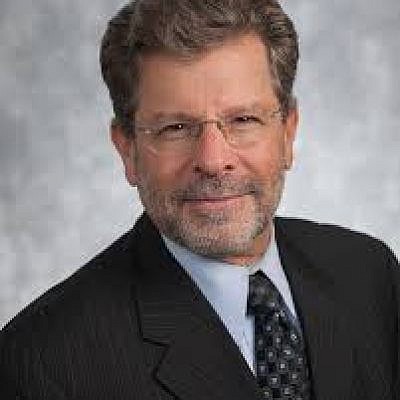